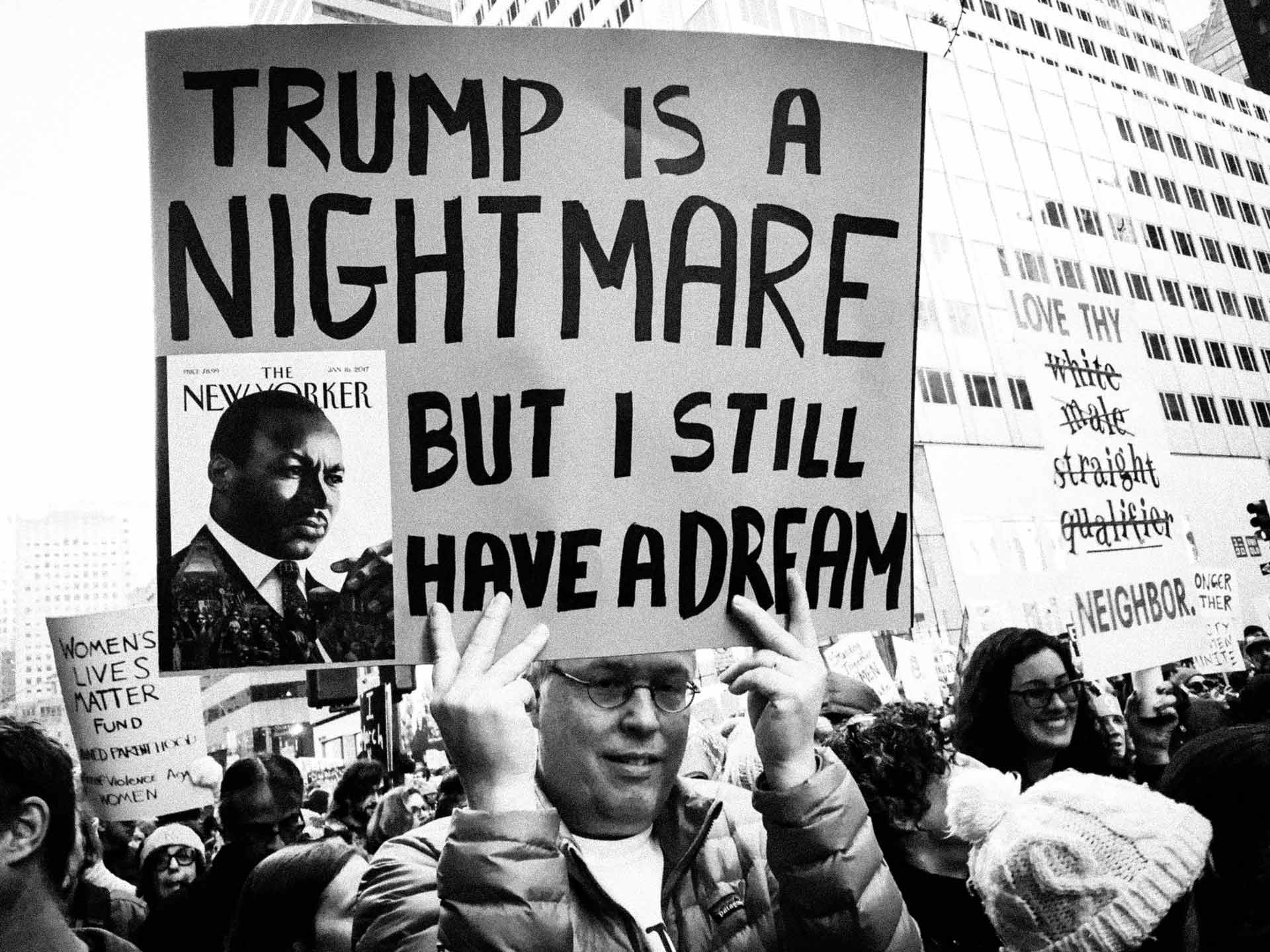 “When my
first patient
expressed fear
and terror
at not knowing
what was going
to happen next,
I listened
and realized
that alongside
shock I also
felt responsible.”

When I got ready to see patients on the morning of November 9th, I wanted to wear a hoodie to work. My army green hoodie is something I reserve for errands and weekends, but that post-election morning the performance of mastery and professionalism seemed too much to do when what I felt most intensely was the shock of having been so thoroughly, totalizingly, fundamentally wrong. The shock felt general at first but when my first patient expressed fear and terror at not knowing what was going to happen next, I listened and realized that alongside shock I also felt responsible. Throughout the day I heard my patients expressing incredulity that something so “impossible” could actually take place and it occurred to me that while making Trump seem like an “impossible” choice may have been an effective campaign strategy, it also made the fact of his election ‘unthinkable.’ I listened to patients and realized how terrified they were and that it wasn’t only because of what they knew or thought they knew of the candidate they opposed, but also because they have been told by the media and academics and political pros that his election was so “impossible,” that it wouldn’t and couldn’t ever happen. I realized how much I found this rhetoric strangely consoling at the time: if electing Trump = the “apocalypse,” then what chances are there of the “apocalypse” happening? The problem with framing things this way is obvious by now; calling something “impossible” is not a fact, it is an aspiration. I felt betrayed by the media for sensationalizing a race that was, judging by all the post-election theorizing, “thinkable” after all. I felt complicit for using the media’ s tropes of “impossibility” to comfort my own anxiety instead of intervening in the circuit of fear reassurance and questioning what it meant that we could be so sure something was “unthinkable” – besides, didn’t being certain of this fact presume at least some level of thinkability? I felt responsible to my patients and aware, for the first time, that the stories we tell about what is possible or not is always a thoughtful, political act. –