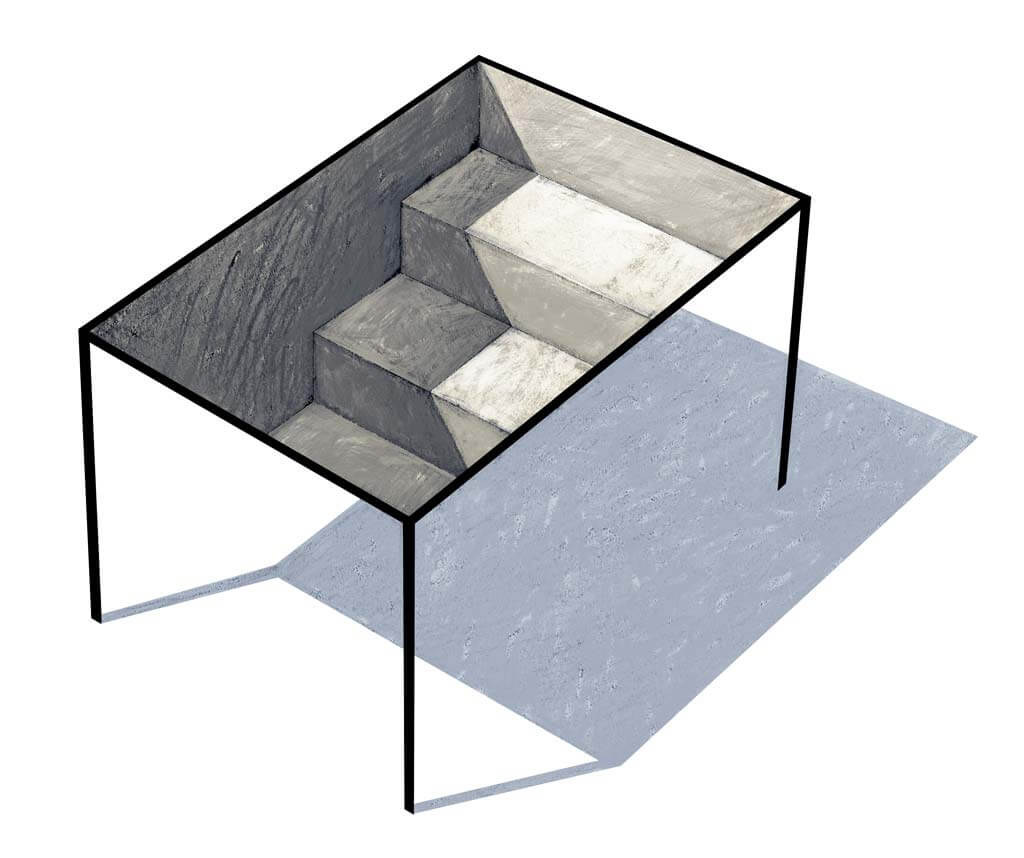 Another fixation of mine has been the impossibility of my ancestors, particularly the abducted and the enslaved. Through the wound which would be called the Atlantic Slave Trade, Black persons were simultaneously the subject, the object, and the labor. Put another way, Black persons were the commodity—something akin to a gold piece, the means of production—which we would now call human capital, though such a qualifier is missing in enslavement and, ironically, in the subject. In the case of Black persons, the traits of subjectivity—communication, relationship, organization, aspiration, ad infinitum—were forcibly recognized either in their negative (as in the forbiddance of some otherwise common human practice) or in their grotesque affirmation (such as with the concession of small pleasures or the mechanic exploitation of human impulses). In this way, the Black person is canceled out in a triple negative, an impossibly impossible subject, further complicated by their intercession with other unreal things.

Reasoning in this way, I trace my lineage back to phantoms—persons who existed as unreal in their time, dying only to transition to a state of detached undeath. Thus, I claim my identity as a ghost and become another impossible subject. And while the sensation of my impossibility is something which my body—fingers to stomach to toes—had intuited, my mind had only seen it on the periphery.
It may be something like Du Bois’s famous “double consciousness” or the invisibility of Ralph Ellison’s iconic antihero. Admitting to my ghostly blood is to acknowledge the feeling of being fleeting, as if I could simply choose to not exist in a future built on a past which hadn’t wanted me to begin with. All this despite the reality of my present, of the frustrations and restrictions and fears I live through daily as a Black American.

What are those things which don’t exist?

This first came to me when thinking about, as historian Mae Ngai formulates, the impossibility of illegal immigrants: a person which, existing and participating within a given society, is not only excluded from the legal representation but in fact is expressly forbidden by the law of that society, an “impossible subject,” something which exists in unreality.

Or consider the canceled futures of Mark Fisher, the subjects of his hauntologies and retro-fixations. In the ahistoricity of the twenty-first century, we are trapped in repetitive obsessions with the stillborn futures of past decades. These futures were once hopefully speculative, born from moments of possibility, but now unachievable in the nightmarish inertia of late capitalism—still they persist in our cultural imaginations, our fixation giving them a stunted relevancy without life as we feed from their carcasses, gnawing from their psychic scraps in an attempt to nourish our enfeebled creativity. Another impossible subject, something which exists in unreality.

One of the tragic jokes of the day is the collective obsession with storytelling, ancestral veneration, and “decolonization” within communal discourse. Not that these things in themselves are valueless, but that in many ways they are cyclical. The collective obsession with the past is as much a symptom in Black America as in white America; haunting is an American neurosis. It is an ideological phenomenon, of which we were all birthed and caught in; there is no escape or reckoning with these ghosts. The gag of reclaiming Yoruban religion or Griot traditions or West African heritage foods by Black Americans is that many of us are as foreign to those things in our current modalities as any other westerner; we learn about them on an intellectual level, and there is little retention in the body, but still it’s all only resemblance, resemblance far removed from context and grown out of an absurdist, purgatorial condition. Can Black Americans still be cultural imperialists? Certainly, the answer is in half of our demonym. Even in the wake of the recent past, with the advent of intersectionality, hip-hop, afrofuturism, and the like, more and more I feel myself perplexed by the questions of Hortense Spillers in The Idea of Black Culture: ultimately, what will we be when there is no longer white to react against?

These observations may ring as trite moral judgements, but I am in the exact same position, equally trapped, continuously frustrated though longing to be hopeful. Yet I wonder, if the Americas were to die, and its ideological children along with it, what would happen to me? Not myself as I am now, but my being as it lives through remembrance. Can I be an ancestor in a post-revolutionary world?

Or perhaps, when I die, I’ll be just as all the other ghosts are now, kept alive by my impossibility, remaining and never passing on or passing away—lingering as something which exists in unreality. ■