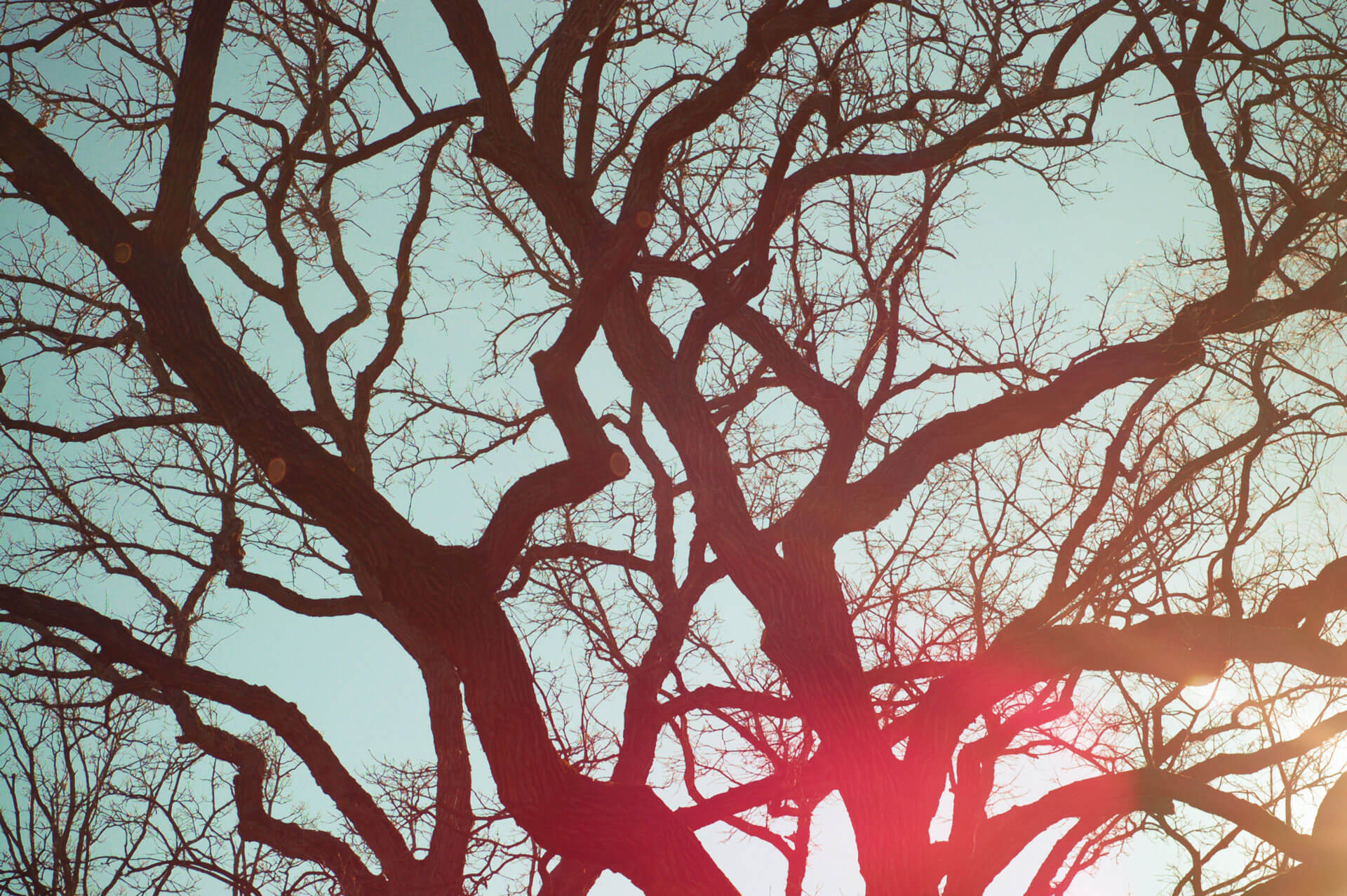 THE CULTURING OF PSYCHOANALYSIS

“I would hazard that, in the case of most people in gatherings such as these, their presence is due to a vivid, largely incoherent uneasiness. They are nagged by a sense that something is terribly wrong and that they must do what they can to put it right; but much of their quality, or lack of it, depends on what they perceive to be wrong.”

My training was difficult, almost impossible. I knew psychoanalysis contained deep potential for understanding individuals and groups. Yet the version I was learning at the institute and the way I was being taught to apply it did not work for me personally, or for the patients I was treating. I became despondent. I could clearly see that neither me nor my patients were getting the transformative help we hoped for.

Looking for manifestations of Oedipal material and drive derivatives in my patients’ transferences, particularly bicultural immigrants, was simply not working. I began to explore the notion that something was wrong, a key ingredient may have been missing from the approach I was being asked to adopt. What about culture? I thought. How does culture impact how people think, feel, and behave, and how should we think about it analytically?

I started talking about culture in my supervisions and classes. What is it exactly, and how does it work in the minds of individuals and in the coordination of large groups? Generally, the response was one of disinterest, as though I were speaking of something esoteric with little relevance to what we do. One of my supervisors referred me to Freud’s work on culture and to E. Erikson’s work on society. I found them lacking. Neither author gave me the conceptual tools I needed to understand what was going on with me and with some of my patients in our relationships to a collective organized by a totally different cultural system. Finally, in the context of treating a Palestinian woman, I insisted to my supervisor that her way of being cannot simply be understood in the language of trauma. Her “pathogenic sacrifices” of time and autonomy in relation to her husband and community may not be pathological. From her perspective, I suggested, she is acting properly by privileging the collective over her own individual needs and desires. After a long pause, my beloved supervisor told me that any baby from any culture will react similarly to frustration, overstimulation, neglect, and early exposure to their parents’ sexuality (the primal scene). He emphasized that trauma is trauma; it works the same way everywhere and in everyone. He concluded: “Look, culture is not part of the unconscious, which is the scope and purview of psychoanalysis. In that sense, it is not central to what we do and will never be.”

That comment solidified what I felt to be true. My professional collective does not seem willing to acknowledge the obvious— culture matters. They are doing it out of conviction, not malice. I recalled the social psychology experiment that showed how people who are absorbed in watching a basketball game will not see a man dressed in a gorilla suit running around the court.

Fortunately for me, my closest friend and colleague at the institute is an honest intellectual with a deep interest in history, culture, and hermeneutics. For years we kept talking and reading about the problem of culture and context in the theory we were being taught. We went back and read Totem and Taboo, Freud’s “anthropological” work, where he claims that the Oedipus complex is an inherited universal psychic structure passed on through some sort of quasi-biological process emanating from an original human crime. The Oedipus complex, for Freud, structures the minds of human beings in the same way everywhere. Unsatisfied with the treatise and its conclusions, I started to do my own research.

Readings in neighboring fields provided the necessary tools to reconceptualize a human being’s relationship to his/her/their collective and world. Cultural anthropology (particularly the works of the American anthropologist Clifford Geertz and the French anthropologist Pierre Bourdieu), philosophy (Heidegger, Gadamer, Merleau-Ponty, and others), and neuroscience (McGilchrist and others) all seemed to point to the view that a human is not a formed entity of sorts that meets the world in a defining struggle but rather a largely empty vessel looking to be structured by a collective system of meaning-making, to become a being in the world. Geertz suggested that our defining feature as humans is how much we have to learn to become human. We are born with little to no guidance. To become human, an infant must inculcate a cultural system derived from their collective. Culture provides the human infant with a shared system of meaning-making that makes it possible for them understand and be understood by their collective.

I finally sat down (over a period of two years) to work it out for myself, an effort that resulted in two publications on the role culture plays in structuring the unconscious. Emerging ideas on culture in our field are giving us new ways to think about the relationship between individuals and collectives, new ways to think about trenchant social problems such as racism, cultural trauma, class inequality, misogyny, climate change, migration, and dislocation. Here are some of the key ideas that emerged from my research.

Freud’s view of the individual as a sovereign entity that is largely organized by biological and inborn structures has been challenged from within and without the field. I discovered a long and rich history of scholarship in psychoanalysis (beginning as early as the 1920s) on the issue of culture and the relationship between individuals and collectives that has been continually marginalized and perpetually ignored. This vein of scholarship in psychoanalytic theory argues and in some cases demonstrates, that we are collective in nature, that our minds are essentially communal, that the unconscious is structured by culture (not quasi-biological universal structures like the Oedipus complex), and that what we are in essence is suggestible and radically open to being structured by an exogenous system of meaning-making or culture. Culture tells us how to understand, use, and live in our bodies, making it the nucleus around which the body is organized. To ignore the impact of culture at this primordial and constituent level is to mistake the part for the whole.

Part of the reason why this view has been ignored, frankly, is due to the dominant group’s desire to hold on to their positions of power through the manipulation of complex social structures and dynamics that are largely unconscious. By suppressing the sociocultural perspective in our cannon, people have a much harder time seeing the primacy of culture and the social in determining how things will be understood and done, and who will do what and how, including at our psychoanalytic institutions. This is done by naturalizing the positions of power or the ideas associated with positions of power. For example, notions such as the Oedipus complex, instincts, drives, the primacy of sexuality in human relations, the dynamic unconscious were naturalized, meaning they were presented as natural and universal phenomena. We were encouraged to mistake these models of reality for the reality of these models.

The sociocultural view stresses that we are involuntarily suggestible and radically open to taking in the world around us. The salient determinants of our experience are not only within the family and the body, but also in the ongoing interactions between the individual and the world around it. The social impacts us in a manner that is direct, involuntary, unconscious, but not repressed. To use a concept recently introduced into our literature, we are being interpellated by ideology and social structures at all times and in all ways. The impact of the social is not superficial, for it reaches into the deepest corners of the mind and into the most delicate and intimate of feelings.

The psychoanalysis that we need in order to deal with issues of race and culture is a psychoanalysis that is able to offer us a way of understanding the ongoing and irreducible impact of the social on our minds and collectives. Social structures compel individuals to see, feel, think, and behave in certain ways. Particular structures in the US derive from pathogenic social propositions that have been internalized into dispositions — unconscious norms by which to organize perception and direct thought. For example, the proposition that black people are inferior or that immigrants are intent on taking what does not belong to them are internalized to become racist dispositions — ways of seeing and thinking about people of color that are both inaccurate and demeaning. How we are perceived is consequential as being is being perceived.

The mistake I am describing — asserting that the social and cultural are not truly analytic — has been hurtful to us all, and to some more than others. This is one reason, we think, our composition as a community by and large has been monocultural and monochromatic. People on the margins found it difficult to train, not only because of money. Social determinants of their experience were not being adequately represented in our theory and practice, and at times they were flatly denied. This mistake has hurt us all, but it hurt people on the margins — homosexuals, women, immigrants, oppressed minorities — more. In that spirit, I would like to use words from James Baldwin to acknowledge the differential impact of this pernicious social reality:

“The future leaders of this country (in principle, anyway) do not impress me as being the intellectual equals of the most despised among us. I am not being vindictive when I say that, nor am I being sentimental or chauvinistic; and indeed the reason that this would be so is a very simple one. It is only very lately that white students, in the main, have had any reason to question the structure into which they were born; it is the very lateness of the hour, and their bewildered resentment — their sense of having been betrayed — which is responsible for their romantic excesses; and a young, white revolutionary remains, in general, far more romantic than a black one. For it is a very different matter, and results in a very different intelligence, to grow up under the necessity of questioning everything — everything, from the question of one’s identity to the literal, brutal question of how to save one’s life in order to begin to live it.” ■