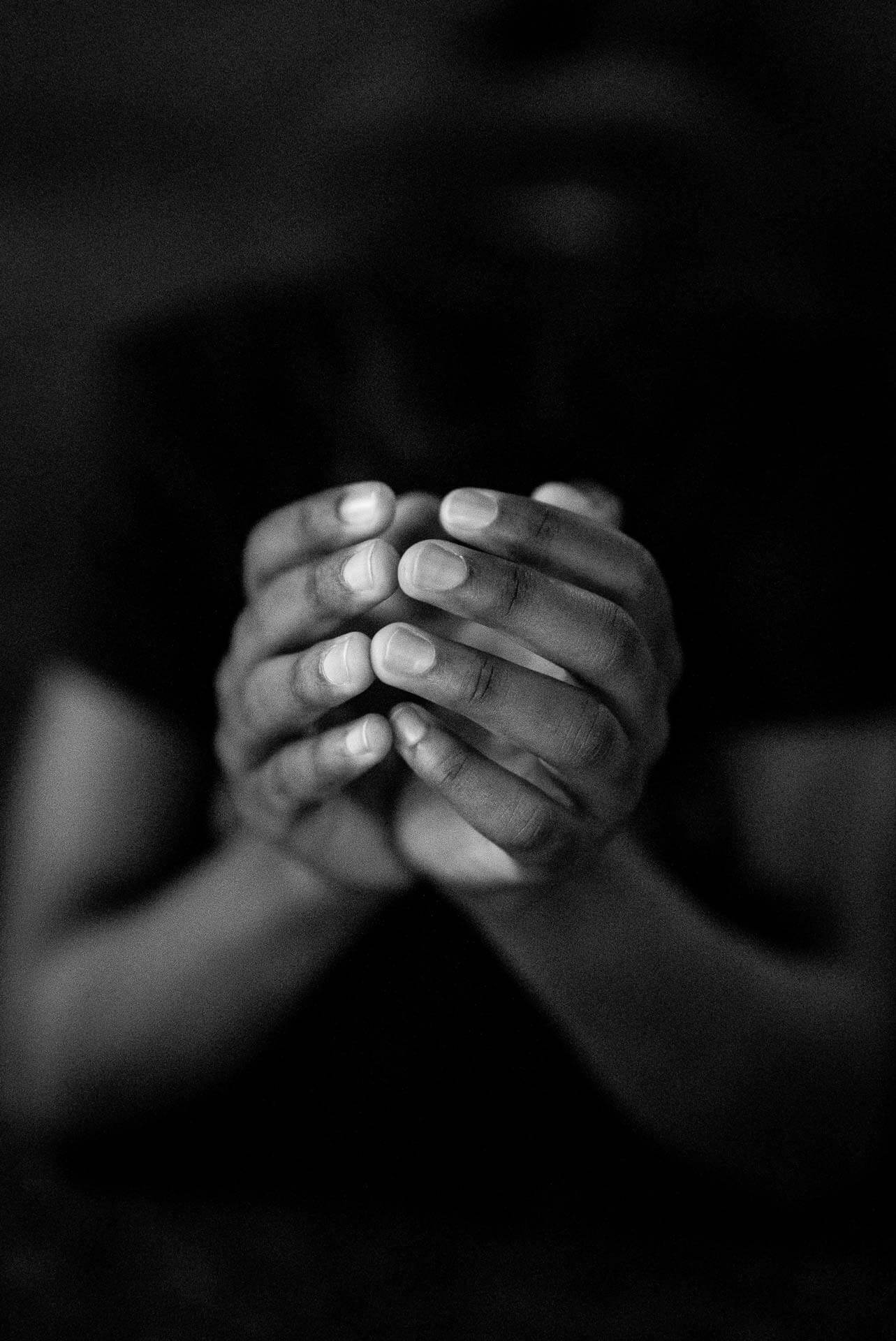 I remember my first time being at The Brotherhood/Sister Sol (Bro/Sis) and participating in their writing program, The Lyrical Circle. It was held in the space where we would be sharing and creating art for years to come. We met in a small room on the second floor of a beautiful brownstone in the Hamilton Heights neighborhood of Harlem. The walls were radiant with bright yellows, and beautiful West African art decorated the room.

Bro/Sis created The Lyrical Circle with two youth poets who told facilitators that they wanted a space where they could write and share poetry.

Based on my friend’s description of Bro/Sis, mixed with my Hip-Hop fantasies, I expected to find myself in something out of a Wu-Tang Clan video: a house full of rappers, protecting notebooks that armed them with battle raps, who were ready at the drop of a beat to jump into a rap cipher and compete to determine who was the best emcee.

This image was fueled by my fascination with Hip-Hop, a wild imagination, and actual rap battles that I had participated in on street corners, schools, pizza and fried chicken spots, and anywhere folks would gather in the Bronx to share and compare rap verses or bet money on who had the best bars (measures of rap phrases). Though I constantly felt fear and danger, it was normal for me to walk through the borough exploring new neighborhoods and finding new people to have rap battles with. All I wanted at that time was to have someone to share my lyrics with and to feel heard, even if at times, I unknowingly put myself in harm’s way in search of this.

To transmit a bit of what the Bronx felt like during my childhood, I reflect on when my mom was finally able to buy us a house in the South Bronx. I was eleven years old at the time, and I knew that we were finally moving on up!

Although I was a “good church boy,” I already knew at that age that they sold crack cocaine in the small blue house to the immediate right of our new home and that there was a huge abandoned lot in front of us that served as a junkyard — and our new playground.

At least weekly, folks would bring stolen vehicles, stripped of parts, and orchestrate a spectacular show for the block, where they would light the cars on fire in the junkyard to burn away as much evidence as possible before the fire department intervened. During the day, heroin users would quietly shoot up in concealed corners. My father once found someone who passed away from an overdose in broad daylight. This was a normal day in the Bronx. This was home.

It was the place that birthed Hip-Hop, and for over half a century, it has been the home of the congressional district with the highest rate of economic poverty in the United States. I carried all of this Bronx with me to what would be my new home in Harlem.

The first evening that we gathered at Bro/Sis to “spit” (reading or reciting creative works aloud), we all shuffled uncomfortably as we wondered who had the courage to share first. I don’t remember who began the cypher that evening, but I do recall the nervousness I felt when it was my turn to share from my notebook. After sharing, I received loving affirmations from everyone in the circle.

Our facilitator told me how great my writing and performance skills were but, she explained, that there were three words that Bro/Sis considered “taboo” and were not allowed in the space because they were considered offensive to different oppressed groups who also form part of our Bro/Sis family. I had used a handful of them in my lyrics.

As a young person, this was an eye-opening moment. I knew that I shouldn’t swear (at least not in front of some adults), but this was a specific request to understand the power of my words and the unforgiving history behind some of my word choices. My mentor offered me understanding that I could grow from, which wasn’t atypical in my life. What was unique about this interaction was that she spoke to me lovingly, respectfully, and as an equal who was completely capable of understanding what she offered. Many of the young people I work with today resonate with the experience of adults and authorities not meeting them with love or mutual respect, and it is my — and our — job to hear them better. To understand and heal.

Our conversation was focused on transformation, instead of shame or blame. I did not feel spoken down to, but spoken with and acknowledged in a way where I felt empowered to take on this challenge of being and doing better, of honoring my craft, our ancestors’ struggle for liberation, and being more loyal to my written and spoken words.

That moment of clarity might not appear to be particularly meaningful, but as a teenager, I received the message and felt the love. Feeling heard made me feel like I actually mattered, like I belonged with this community, and like they were accepting me for who I was. I felt like I had something valuable to contribute and that I was in a community of my peers, where folks understood, supported, and inspired each other.

Our weekly Friday ritual was composed of a check in, sharing (what we called spitting), and closing out.

During check-in, we would go around the circle and take turns speaking about how we were doing and feeling, while everyone else intently listened. We shared some of the challenges and highlights of our week, and other times folks shared urgent situations that our families might have been facing. We organically built a great deal of trust, love, and compassion for one another as we learned to understand ourselves more deeply.

We would be particularly moved when our peers tapped into their capacity to be vulnerable and shared from a space of authenticity and honesty. Vulnerability quickly became contagious among us.

As we listened more intently to each other, we learned it took a lot of courage to speak our truths aloud and that there was power in controlling our narratives. We realized the huge privilege and responsibility there was in the sacred ritual of holding space and fully listening to one another, the importance of presence and trust.

This contradicted the message at home, in the Bronx, which promoted and conflated ideas of manhood and strength with having a tough exterior, being cold and emotionless, and reacting with aggression and violence. The kinds of messages we were used to hearing and seeing with consistency through various media outlets said that vulnerability was equivalent to weakness and masculinity synonymous with domination. Bro/Sis, however, was a space where we were able to learn and ground ourselves in knowing that our strength was intimately tied to our capacity to be vulnerable.

After check-in, we would get to spitting, which was one of the most exciting parts of our sessions, when we would share lyrics and creative works that we had composed throughout the week. We would then end our sessions with a close out that included two to three assignments for the next week. These assignments were random titles, events, or words that members could interpret in any way to craft a creative piece that was unique.

We did not know at the time that while a handful of these assignments were random, our facilitators had taken great thought and intention in assigning us themes like Araminta, which was the name that Harriet Tubman was born with, or Peters World Map, a map with a more accurate projection of the world, as opposed to most maps, which shows developed countries literally larger, and the implications of countries being portrayed as smaller – or even nonexistent.  Not only did these kinds of assignments make us analyze our world critically, but they became the source and content that would inform our creative expression and activism.

Although we did not have the language for it at the time, part of what drove our writing and creativity was our thirst for healing ourselves and our communities. We would jokingly comment that our poetry notebooks were our form of therapy. In her book, Journey Through Trauma: A Trail Guide to the 5-Phase Cycle of Healing Repeated Trauma, Gretchen L. Schmelzer states:

Surviving repeated trauma does not give you the feeling of safety. It gives you the feeling of survival: an ever-present readiness to jump and run. A wariness about everything and everybody. Fear as your constant companion. I’m not knocking survival: it beats the alternative. Survival can give you confidence. But survival is constant vigilance. Survival is exhausting. Safety is the ability to rest, to settle in, to breathe easily. Safety is the ability to focus on something else besides danger or death.

My peers and I found our safety in our notebooks and in our community at Bro/Sis. In most other spaces, we were faced with surviving.

The lived realities of our young people in public schools is not a story that is unique to Harlem or NYC.

In the United States, youth suicide rates have risen over 70 percent in the past decade. Black girls are nine times more likely to be suspended than their white peers for horseplay, vulgar language, and insubordination. There are fourteen million students in public schools who do not have access to one counselor, therapist, or mental health support staff but are patrolled by security or police officers, frequently armed to enforce and ensure students’ “safety.” Seventy-two percent of youth have experienced at least one major stressor, including witnessing violence or abuse, or have been impacted by the loss of a loved one.

The aforementioned statistics are a reflection of how the United States has failed to guarantee the right and promise of a quality public education to every American citizen. It is not a failure that should be attributed to our children, although the national trend shows blame and violence directed in particular toward Black girls, youth of color, and youth with physical or mental disabilities.

This nation’s public school practices criminalize our young people before they even step foot into the classroom. It is a practice that pushes them out into the prison industrial complex, neglecting their universal right to an education. This approach does not serve our young people and ignores those who are clearly in distress and exhibiting signs of needing mental health support.

We can and we must better dignify our young people. We must demand the defunding of security and armed police in schools. We must demand funding for counselors, therapists, social workers, and psychologists as well as the construction of wellness centers in high schools. We must train staff in restorative justice and violence de-escalation practices. And we must listen deeply to the needs of our young people and guide them in developing their agency to create the lives they deserve.

I don’t roam the Bronx searching for rap battles so much these days, although a freestyle is always irresistible, but I do reflect on the four tenets of Hip-Hop culture: peace, love, unity, and having fun. The poem “Sacred” is a reminder, from The Lyrical Circle, of my vocation as a lyricist and a leader. Being a youth worker at Bro/Sis is the most Hip-Hop thing that I could ever be a part of. Bro/Sis is home. ■

“Children have never been very good at listening to their elders, but they have never failed to imitate them.”