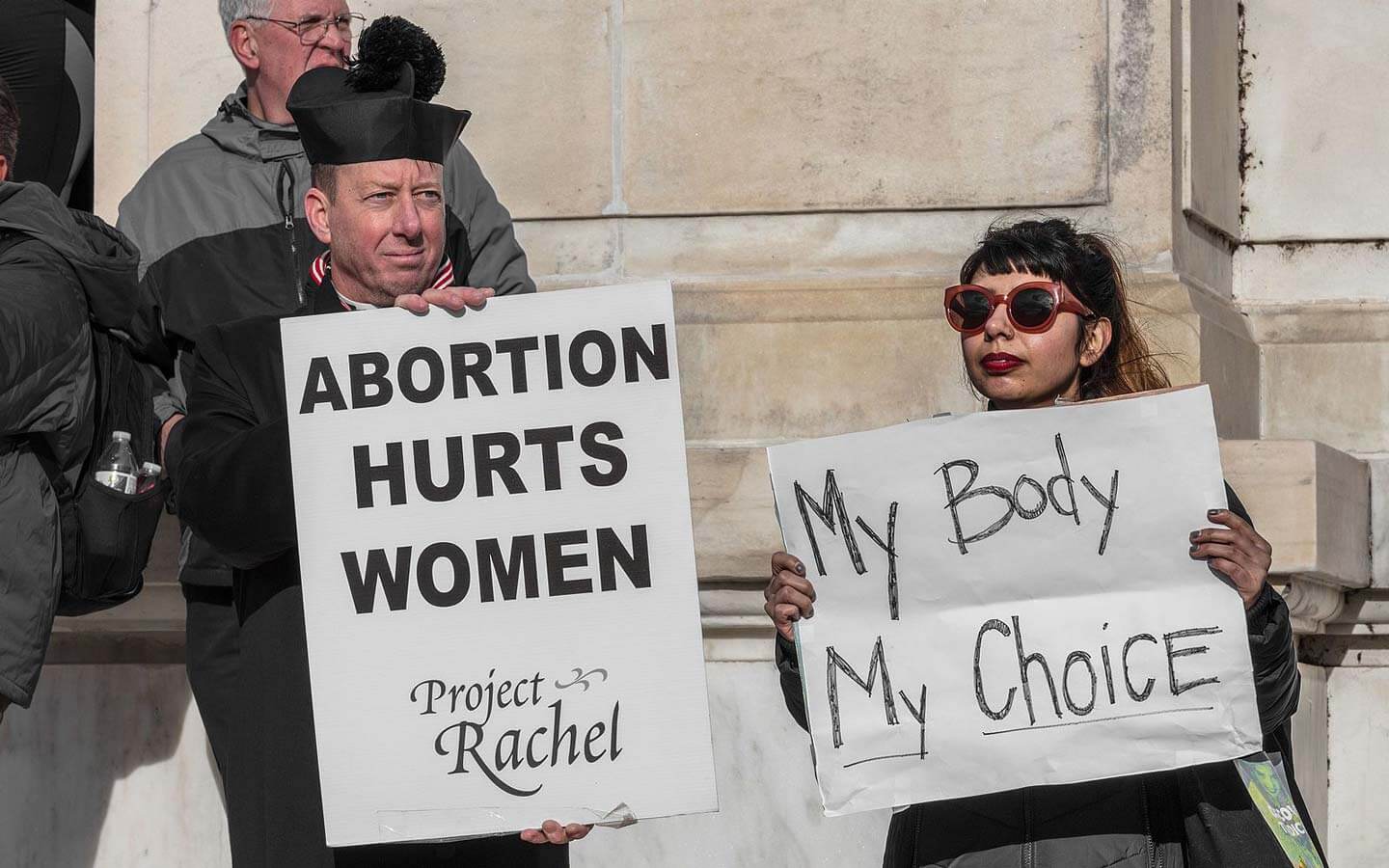 Yes, there was a blue wave in November 2018, but many of the races were achingly close. Even factoring in the distortions of gerrymandering, the country is torn. As a liberal New York psychoanalyst who has spent time in Christian — including Evangelical — circles, I think we on the left have difficulty understanding how frequently we are seen as hypocritical in the moral sphere. If we are expecting Republicans to stand up to Trump and if we want to build coalitions, it may be useful to try to see ourselves as those on the religious right may see us.

There is a history in this country of religious people being marginalized by secular groups. In psychoanalytic circles, we are practiced at trying to empathize with those who find themselves outside the mainstream. In writing, my hope is that we can listen and find ways to work cooperatively — or at least to fight constructively.

As we hope to build our ranks, it might help to consider that some people may have voted for Trump because of what they experienced viscerally as liberal hypocrisy in espousing humanitarian ideas while rising above corporate amorality. In the last issue of Room, Caroline Ellman spoke of a shame, that many of us share, at not having recognized how far the Democratic party has drifted from the values we have thought of it as holding.

In the United States, we think of ourselves as committed to the idea that all are created equal. Despite our treatment of Native Americans and our history of slavery, we hold fast to democratic ideals. Over the last fifty years, many have been particularly proud of the progress of the Civil Rights, Women’s, and LGBTQ Movements. Most Democrats and many Republicans are appalled by Donald Trump’s betrayal of what we see as shared American values. He seems to use the presidency for financial and narcissistic gain. It appears that he is uninterested in the kind of conscientious understanding that would make it possible to lead the country responsibly.

Here is the thing — I find the lengths that many Evangelicals have gone to to fight abortion to be unconscionable. I think they have made a devil’s bargain, where they are supporting Trump in the hopes he will make abortion illegal. Many seem to ignore their consciences on all but this single issue. The Republicans have been using the Evangelical position on abortion for decades as cover for their trickle-down economic agenda and neoconservative foreign policy. Trump continues the tradition, though his motivation may be even more cynical. I am very concerned with what Trump and the Republicans are doing. No matter how deeply held the Evangelicals’ motivations for collaborating may be, I feel a responsibility to oppose anyone who is enabling this administration. However, I think nothing comes from a failure to try to understand the Christian conservative perspective.

Here is a thought experiment: let us look at ourselves through the red lens of a group of pro-life Trump supporters. (It’s a tall order. I know.)

Many people I have met see the pro-choice movement as quintessentially hypocritical. If we say we value every life, how can we be so adamant that it is fine to terminate a pregnancy? Who can know when human life begins? Isn’t thinking of its starting at conception more logical than deciding on a date at some point between conception and birth? Those who are pro-choice say they can accept someone thinking that they would never choose abortion but object to people attempting to control others’ actions. But the argument for those who hold the conviction that society’s duty to preserve life begins at conception is that there are many laws we enact that curtail freedom to prevent harm. If a person finds abortion equivalent to infanticide, how can we expect them not to strive to prevent it?

The Evangelical movement is not monolithic. Over the last two years, a number of groups have formed within it to recommit themselves to values of compassion and respect, and to challenge the alliance with Trump. They have fought against the separation of parents and children at the border and have stood for environmental concerns. Groups like Vote Common Good, who campaigned tirelessly to defeat Republicans in 2018, want to “invite and help voters of faith, our brothers and sisters in so called ‘red districts,’ to rise up and vote the heart of our shared faith — faith in our spiritual traditions, our country, and one another.”

They believe that “kindness and compassion are foundational American values and that to vote for the needs of our neighbor, even when it means letting go of some our wants, is a deeply patriotic act.”

They make the point that it will take courage for Evangelicals to move beyond familiar alliances.

On the left, it is also difficult to step outside what is comfortable. If you followed the thought experiment described above, try explaining it to someone else. I have not found this to be an easy task.

I have never been particularly interested in thinking about abortion, but I care deeply about the question as to how marginalizing people affects democracy. When individuals or groups feel that their core values are unacceptable, they tend to withdraw into tribalism. Fight-or-flight responses replace the capacity to think collaboratively.

In 2019, we have entered a dark new era of increasing instability. With the shutdown, the movement in the Mueller investigation, Brexit, and mounting tensions in the Middle East, we cannot know how badly things may go. While it is unlikely that we will all agree on the subject of abortion, perhaps it is still possible that people of conscience from a range of backgrounds can collaborate on other parts of a humanitarian agenda. ■