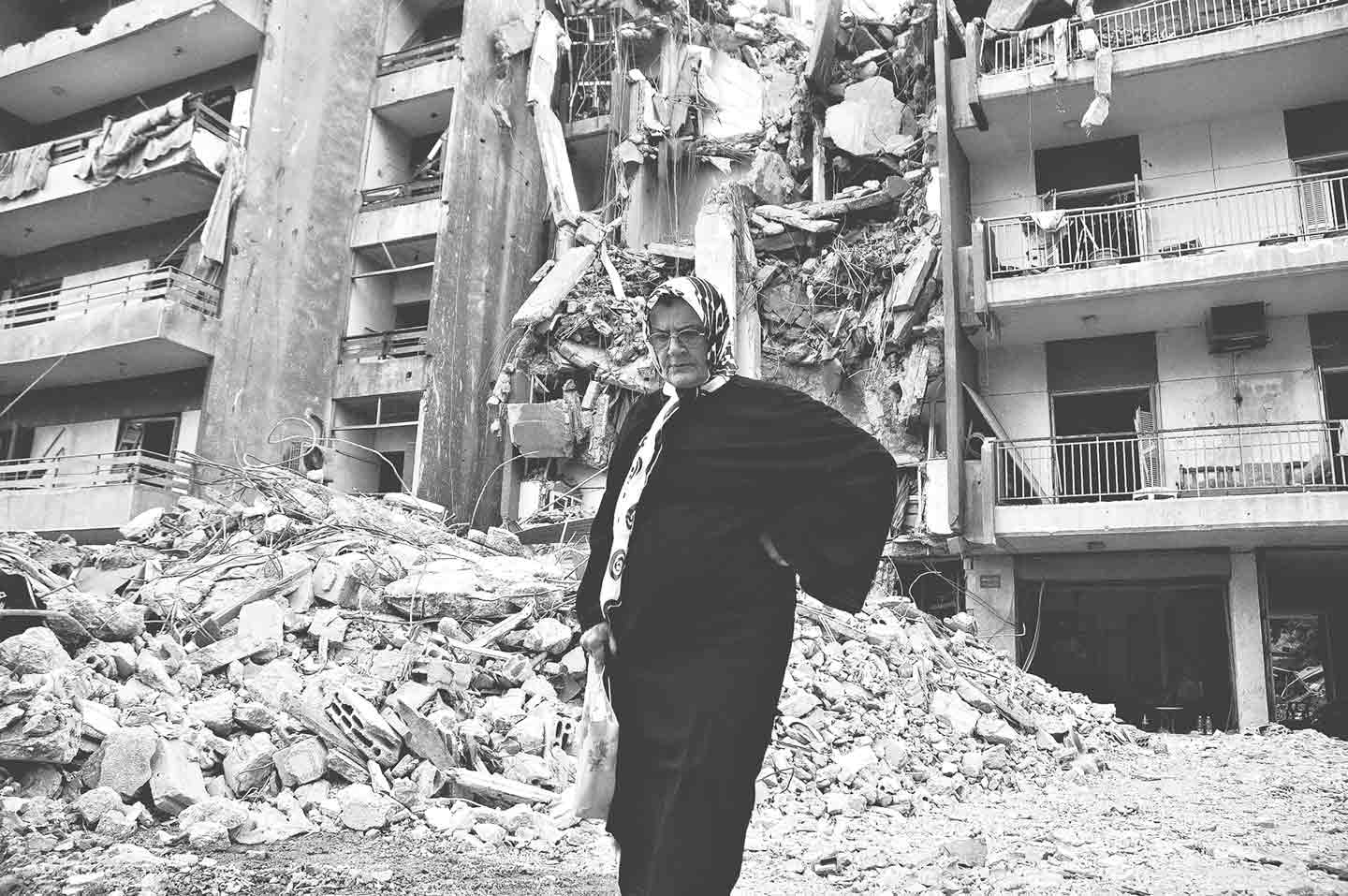 Karachi is underwater. They say the flooding is devastating. They speak as though it is constitutive of the people of Karachi to suffer, that they just can’t imagine another way of being: hardship, plight, poverty. 1948 is all that comes to mind. Partition. Colonialism. But nineteen years and counting: Afghanistan, that is how Pakistan exists to them, a mere association.

1948. Gaza is without power, ten days and counting. Israeli warplanes, drones all day. They speak of “terrorist balloons.” Balloons. All your might and power, you clowns, you’re scared of balloons. The balloon, so symbolic of all that your imperious ego cannot control. The wind is also your enemy now.

Oh, wait. This is about Libnan—Lebanon. The explosion happened twenty-seven days ago. August 4. My mama’s birthday. After living through fifteen years of war and multiple Israeli invasions, she says it’s the worst birthday she has ever had, even though she loved the flowers we sent her through the coronaverse.

I can’t hold on to the space.

Being Lebanese—at least, being an antinationalist, antisectarian, radical leftist Lebanese—means being in a perpetual state of non-grief, suspended. No space to hold for Lebanon as it catapults into the limelight of the white “Western” gaze as an emblem of progressiveness in a swamp of “shithole [Muslim] countries.” Any space I hold for Lebanon is poisoned by the Orientalism, the racism, the xenophobia, and Eurocentric onanistic fantasies of what Lebanon is, should be, would be, will be.

I hear them on the news, on the radio, in print, online, in my head: “Lebanon’s people suffer so much, when will it end, they have suffered so much.” We cry for the Paris of the Middle East, I hear them say. East of what and whom? No word of the seventy-two years of Palestinians in camps, no electricity, no water, no Lebanese citizenship, no jobs, no ownership always, always their fault. No word of the demands of the IMF, the World Bank, the covetous and lascivious glares of capital waiting for Libnan to “modernize.”

Countless emails and tweets of how to help, what to do, will the money be stolen, “Lara do you trust…?” Do you trust? Your Orientalism is showing, habibi. Cover up, do up, do over, maybe send to Red Cross International vs. Lebanese Red Cross; I hear they are reputable. Haiti is laughing at your racism. Emails from worried students, sweet, loving souls, working against the crush of American exceptionalism to take in the magnitude of global suffering, even as their people suffer at the hands of the State, of murderous cops, of a white supremacist country that is no better than our shithole countries, but with the power, reach, destruction, and ego of a cartoon villain. Any space I hold for Lebanon contends with the recognition that the United States imperial carceral machine is not a cartoon, though. It’s a living vortex of centuries-old disavowed settler colonial aggression, and it cannot be split off from my internal process on Lebanon.

Born-and-raised-in-Lebanon Lebanese Arab. My-entire-family-living-in-Lebanon Lebanese Arab. Go-to-Lebanon-two-flimsy-weeks-a year-to-see-family Lebanese Arab. Get-my-qahweh-z’atar-kishk-zeitoun-snoubar-baharat-and-zbeeb-from-Lebanon Lebanese Arab. Jeej and I discuss mourning through WhatsApp voice messages. It is an intellectual exercise. Grief is officially suspended. How does one grieve something that demands your dissociated affect as a balm for dislocation? Grief combusts against xenophobia, homophobia and transphobia, Islamophobia, racism, confessionalism, settler colonialism. What good is grief anyway without a sustained solidarity movement that names and shames colonialism and white supremacy as responsible for the destruction of the global south? Grief is perpetually
suspended.

I am used to the banal tragedies of Libnan, I tell Jeej. No electricity? Candles are sexier, anyway; tell the stories of our childhood adventures against the warm glow. No hot water? Cold water does the body good, especially the kind bought for $50 a gallon by the truckful. No trash pickup? Fuck it. طلعت‭ ‬ريحتكم. But not famine. Three hundred thousand homeless overnight. What of the already homeless, Syrian, Palestinian, Kurdish, Bedouin?

My partner and I walk around numb. He listens to me sob-rage, loving me through brimming eyes that betray the sting of his own displacement and recovery, itself infinitely complicated by the brutal racialization of Arab men, especially, in the United States. He asks: Where are the Lebanese in your tears, the working class, your comrades in the streets? Bella Hadid is Instagramming for them.

I am in a holding pattern—working to find a place for my Lebanese siblings and suspending my grief pending accountability for violence wrought in the name of Lebanese nationalism, anti-Palestinianism, anti-Arabness. The romanticism of my soul, my longing, my desires are quelled, suspended alongside my grief. They find a place alongside a global solidarity struggle that feels more aligned, less compromising, more self-determined than the burning eyes of those who see Lebanon as special, as different, as outside every other liberation struggle to which my heart, body, and soul belong. ▪