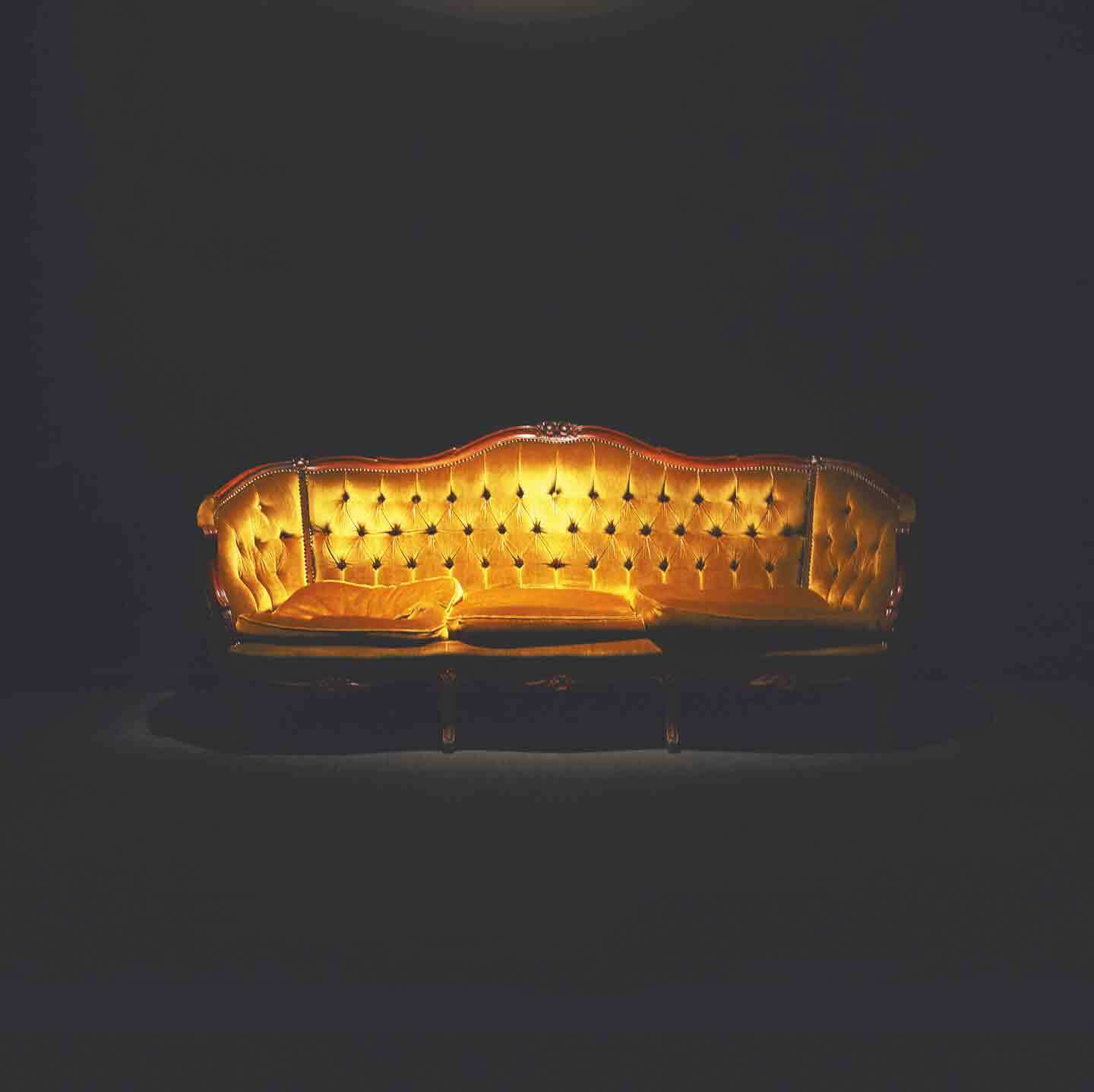 The impact of the coronavirus pandemic has been seismic in its exposure of systemic cracks and flaws across the spectrum. Assumptions about what once felt relatively predictable in terms of health and economic safety, job and educational security, and expectations for the future have been upended by the destructive course of the virus. And at the national level, in the equally unpredictable convergence of events that determine historical moments, the fault lines of foundational and transgenerational racism that undergird our country have been highlighted.

Roused by widespread support for Black Lives Matter, institutions of every kind, psychoanalytic institutes among them, have decried institutional racism and the myopia of white privilege, and pledged to address them. Psychoanalytic institutes have taken steps to welcome Black faculty and fellows and to intensify diversity awareness and training. But overdue and critical as this focus on racial bias and blindness within institutional psychoanalysis undoubtedly is, might it also be obscuring other longstanding fault lines in the contemporary psychoanalytic system that intersect with it and may be equally difficult to reckon with? For a large number of clinicians, the private practice of psychoanalysis and psychotherapy is dependent on a supply of high-income patients, a reality that reflects the prevailing and established steep socioeconomic divide and system of wealth inequity. The luxury status of private practice treatment affects patients of color disproportionately, and Black patients in particular, many of whom lack insurance coverage and are unable to pay moderate or even low out-of-pocket fees or copays. The racial problem is equally a socioeconomic one and accounts in no small measure for the paucity of Black patients in psychoanalytic clinics, as well as in private practice.

From its inception, psychoanalytic treatment was inflected with class privilege and opportunity, notable as early as Studies in Hysteria (1895), in which Freud’s compelling case histories are women who come from upper middle class or wealthy families (including a baroness). The exceptions are the brief treatment of a governess in a wealthy family and a mountaintop consultation with Katharina, the innkeeper’s daughter who served Freud a meal. Although Freud’s treatments were short in duration relative to the protracted analyses we are familiar with, they were conducted six days a week, and the luxury of disposable income and time was necessary even then. In her book Freud’s Free Clinics: Psychoanalysis and Social Justice, 1918-1938, Danto has recorded the exceptional history of psychoanalytic social activism Between the Wars that spurred the establishment of clinics offering free psychoanalytic treatment to working class and poor patients.  But the post–World War II model of psychoanalytic treatment in the United States has been one of private practice.

Although candidates in psychoanalytic institutes regularly offer low fees to attract control cases necessary for their training, this option is often no longer available once the candidates have graduated and are operating their own private practices. Many psychoanalysts and psychotherapists can’t afford to accept insurance because the remuneration is so much lower than the standard out-of-pocket fee. But separate from the question of necessary income, there is a tacit, unspoken consensus within psychoanalytic culture that private, fee-paying patients are the mark of the successful or A-list therapist, and even prospective patients will sometimes question the competence of a therapist who accepts their insurance.

The money factor, a subject often acknowledged to be more taboo than sex, affects not only the accessibility of psychoanalysis and psychodynamic therapy, but also the definition and nature of psychoanalytic treatment in contemporary life.  In a high-cost-of-living city like New York, where established psychotherapists and psychoanalysts commonly charge between $250 and $400 a session, treatment more than once a week may not be an option, even for financially advantaged patients.  And while the original, classical Freudian model has spawned many outgrowths and divergent schools, what they have in common is an adherence to the belief that psychoanalysis is a depth psychology that gains access to unconscious mental life via free association, regression, lifting of defenses, and transference development. Every candidate in a psychoanalytic institute learns firsthand, through training analysis and control work, that the facilitating of these processes requires regularity and frequency of sessions. From a different perspective, beginning therapists and candidates unfailingly report a dramatic shift in therapeutic potential when their psychotherapy patients increase their frequency from one session a week to two, while experienced clinicians attest to the difficulty of achieving sustained psychotherapeutic change without more intensive and higher-frequency treatment.

Perhaps the “pure gold” of psychoanalysis has become the preserve of the training institute, lamentable in itself, but to what degree can psychoanalysis be watered down as a treatment without forfeiting its meaning and therapeutic efficacy? The terms psychoanalysis and psychoanalyst have become ever more elastic in our contemporary world, but is it merely hair-splitting semantics to question the broad application of the term psychoanalysis to all psychological therapies, even though the practitioners may have trained as psychoanalysts? These considerations bear directly on questions about the meaning and practice of psychoanalysis in the Black community, issues that can’t be addressed solely by developing sensitivity to and conveying more information about diversity. There is a large gap between psychoanalytic training within the institute and practice outside its walls. Thinking in terms of provision of effective treatment, should there be a place in the psychoanalytic curriculum for the distillation of psychoanalytic concepts and technique into the practice of short-term and low-frequency psychotherapy? This is what so many clinicians end up working out for themselves anyway, but why not recognize and validate the reality? In a related vein, a social justice incentive, promoted by the psychoanalytic institute and perhaps even included in the curriculum, might enhance its perceived professional value for both candidates and members and help create bridges between the mostly white world of therapists and patients of color.

Entering the psychoanalytic world via academic discourse, Otherness has become an organizing concept for conscious and unconscious biases that reflect the primacy and authority of the white gaze in relation to non-white Otherness. But psychoanalysis also has a unique perspective on Otherness, derived from its own evolution and history, which may contribute to the ongoing conversation and help guide its future. The phenomenology of Otherness, from the beginning, infused both the essence and creation of psychoanalysis. Its Jewish founder, an Other/outsider in Viennese Europe, was determined that psychoanalysis not become designated a “Jewish science,” which would impart to it a racial/religious particularity rather than the universality, which was Freud’s aim. And in his formulation of the Unconscious or Id, Freud identified the powerful and mysterious Other that exists in us all, excluded from conscious awareness and self-perception. His dictum “Where id was, there ego shall be” might be read as an injunction to incorporate and integrate this universal psychic split or Otherness.

Even though Freud’s self-imposed mission was the unmasking of our most safeguarded blind spots and secrets, the evolving body of psychoanalytic theory proved to be riddled with its own blind spots, unsurprisingly. Freud constructed a monovision developmental theory, imagined entirely from the perspective of the little boy, in contrast to which female development was viewed not only as Other but also as deficient and inferior. A robust psychoanalytic theory of female development and psychology has emerged only in the last forty-five years. And until just a few decades ago, the presumption of universal, normative heterosexuality versus the deviance and pathology of a homosexual outcome prevailed in psychoanalytic orthodoxy. Here, too, outside social and political currents and cultural changes were the catalysts for radical adjustments to the psychoanalytic lens.

Freud’s biases (his antipathy to religion might be numbered among them), no less than his genius, have cast a long shadow in the history of psychoanalysis. As a system of theory and technique, however, psychoanalysis has gradually risen to the challenge of confronting its own errors and blind spots without sacrificing the power of its true and lasting contributions and insights. The identification of racial Otherness and Othering within psychoanalysis is both overdue and pressing, but will it be possible to incorporate the fruits of this exploration into the existing system of psychoanalysis without succumbing to politicization, polarization, and divisions along identity lines, trends in the culture at large that also infiltrate psychoanalytic culture? Pressures from within and without threaten the future of psychoanalysis, and it seems more important than ever to resist fracture and splitting and to seek common ground and unifying belief and commitment. ▪