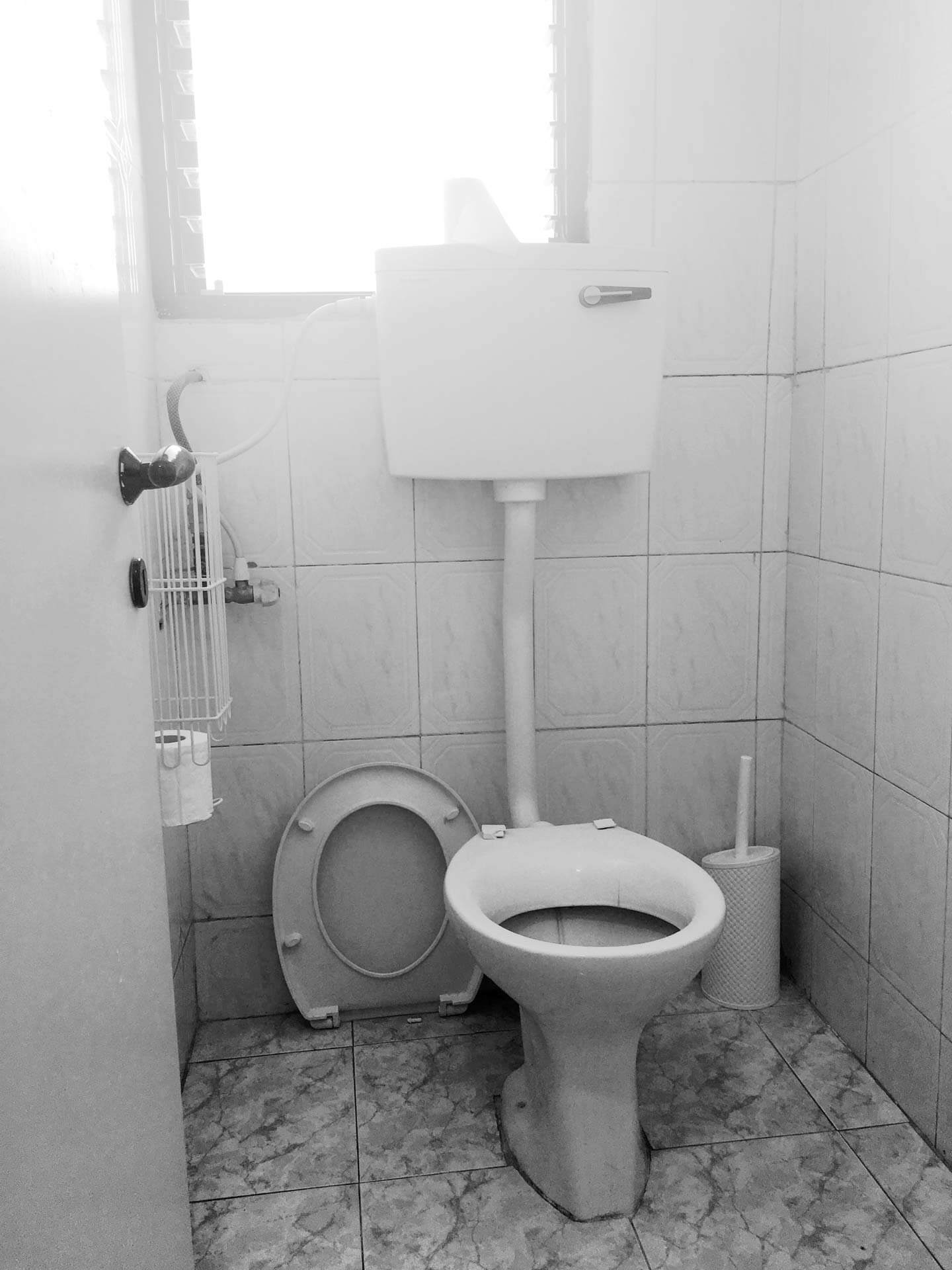 A BATHROOM WITHOUT A SEAT

I work at an agency in a central city in Israel that focuses on treating children who are survivors and perpetrators of sexual violence. The office has one bathroom with two private toilet rooms: a toilet without a toilet seat for men and a women’s bathroom. The neglected toilet seat has been on the floor for approximately three or four months; no one has fixed it. This has prompted me to draw some conclusions about how an agency’s physical space may be encumbered by signs that re-evoke trauma for patients. The neglect of physical spaces within sexual trauma treatment, especially in public agency settings, can potentially thwart treatment and harm a patient’s attempt at healing, sense of agency, and reentering community.

For many years, the agency I work in has been known as a center that specializes in treating child/adolescent survivors and perpetrators of sexual abuse, incest, and trauma. Many clinicians across Israel know of this organization and speak highly of it. Prominent Israeli psychoanalysts and clinicians have either worked here or supervised here in one form or another. This agency is known for its psychoanalytic leanings and receives many referrals from municipal welfare departments who, by Israeli law, must refer children and adolescents to funded treatment after being recognized as victims.

The agency office used to be situated in an established, well-to-do neighborhood. Due to financial limitations, the agency had to move offices and relocated to a different neighborhood, which is dominated by car mechanics, garages, and auto repair shops. During the day, the area is bustling with a high percentage of men primarily working these very physical jobs entailing much strain and effort. The sounds in this neighborhood are important data: drilling, metallic sounds, men yelling, scooters speeding, hammers banging against metal objects. The visual images, equally relevant, are mainly men immersed in physical labor, working on machines with greasy hands and tools, surrounded by clouds of cigarette smoke, and loudly speaking different languages. The pervasive aromas are those carried on the smoke of the local Middle Eastern steakhouses.

Upon beginning my part-time work in this agency, I did not make much of the location. This changed one day when I was walking toward the office and saw a young adolescent girl riding an electric scooter on the street outside the office building. I noticed several men staring at her and did not make much of it other than a momentary reminder that unfortunately it is permissible for men to stare at women, of any age, in a sexualized manner. When I arrived at the agency waiting room, I saw this girl in the waiting room it dawned on me how problematic the location of this office might be.

I did not say anything at the time, kept this to myself, but thus began my journey of giving much thought to how the children I work with make their way to sessions and what they experience in that environment.

In time, I learned the agency is in debt and has high attrition in its longstanding staff. At the time of writing, I am still here doing my work and treating patients. It was not long ago when I noticed the toilet seat in the men’s room was broken. One week went by, and it was not fixed. Two weeks went by, and it still was not fixed. It is now four months without a men’s toilet seat. Four whole months. Last week, the toilet paper ran out. I debated what to do and then sent a text message to a group that included the CEO and every employee at every location of the agency across Israel: “Hi. I am updating there is no toilet paper in the bathroom and the men’s seat in the bathroom has been broken for months. Is there anything to be done about this? With thanks, Yitzi.”

A few hours later, a patient of mine, a young boy who had been sexually abused by a male friend,  yelled from the bathroom, “Yitzi. There’s no toilet paper!”

Within a day, a higher-ranking employee responded to everyone on the group message: “Taken care of.” Upon arrival, I noticed a few rolls of toilet paper but still no toilet seat.

Regardless of this agency’s future, this story raises several questions pertaining to the agency’s capacity to contain and treat violence and horror. The implicit message to young boys seeing a toilet without a seat is there’s no space for them to rid themselves of negative experiences and maintain a gestative equilibrium, which coincides with their internal states and their treatment. If they want to externalize, defecate, or urinate something out of their mind or body, it will not be permitted in a clean or respectful setting. When they return the following week to use the bathroom and see nothing has changed with the seat on the floor, they will know adults are present — there are witnesses. There are always witnesses in one form or another as individuals — or an agency — act against safety, privacy, and opportunities of healing.

Even if a child decided to use the men’s room in this condition, we can assume he infers a sense of inadequacy and self-loathing. Female victims will also be entangled in this implicit organizational enactment; they can also assume potentially negative feelings related to the “seat” and infer the females get the “good stuff,” and take on an attitude of not respecting men who are forced to relieve themselves in a hole that lacks a seat.

These small occurrences do not seem insignificant when viewed with the serious ramifications they could potentially have. This lack of empathy toward survivors and perpetrators is a potential glimpse into public agencies treating children and adolescents who have been sexually abused or have abused others. It illustrates the difficult task of managing not only the inner space of trauma treatment, but also the significance of the physical space.

I have not fixed this toilet seat yet. Every week when I am in the office, I transition between utter disappointment the toilet seat is still on the floor and amazement that it is still there. I grapple with the idea of fixing it myself. I convince myself I am just a therapist in the agency and work a very part-time, limited position. Why would this be my responsibility? Who is responsible for this? On a broader level, who watches the watchmen?

If an agency cannot be diligent about digesting horrors, the horrors will find a nesting zone. Obviously, none of the above can be directly correlated to the mismanagement of this agency or alternatively to its claim of specializing in sexual violence. Nevertheless, I think this sequence of events poses as an opportunity to question the physical spaces we partake in as part of the clinical work we practice. We all leave settings and remain in others. We shape and design specific spaces and disregard others. Sense memories are abbreviated into our internal grasp of spaces we have held, partaken in, and absolved ourselves from.

When I return to this setting, there probably will be a toilet seat on the floor of the men’s room. A room with a toilet and a door. I am not sure what I will do next, but it will continue to cause discomfort, unease, and angst. If we cannot feel a level of freedom to act upon our discomfort in clinical settings, I would argue that our clinical work will be constricted and inhibited. Therefore, despite my current employment in the agency, I decided to write this essay. It is crucial we find the inner and communal stamina to advocate on behalf of our patients. Advocacy is reporting misdemeanors in the consulting room, hallways, waiting rooms, and neighborhoods. I do believe that despite such transgressions in the external world, I will reenter sessions with children and parents knowing I have advocated for them inside and outside the room. That, in and of itself, is a crucial step toward healing. ■