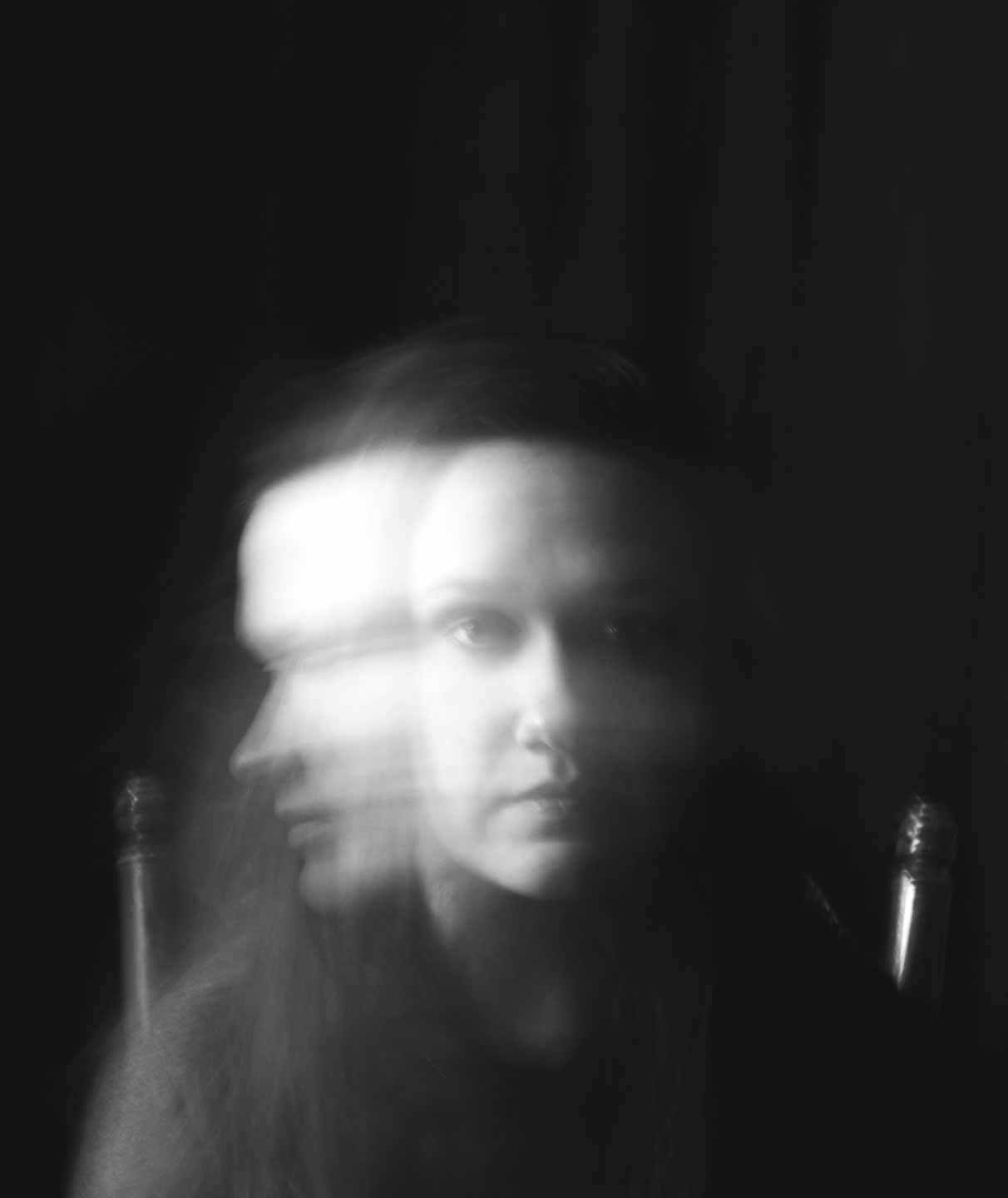 A THERAPIST LOOKS AT A DIVIDED COUNTRY

I’m in a dissociated state. Other people might say I’m numb, robotic, going through the motions, “not all there.” But I’m a psychotherapist, so I recognize this sense of disconnection — a sad, distant mood — and I have a clinical label for it. Further, I know it means that something has happened that I can’t digest emotionally. It’s a mild state of post-traumatic stress disorder (PTSD). I’ve been jolted in a way that takes me out of my familiar and comfortable experience and function in the world. I’ve been traumatized — or, better, triggered — an experience and state close to trauma.

It happened suddenly. A new acquaintance, a chat about life in the city, our love for the outdoors, pleasant, personal common ground. Then, somehow, the tone had changed. I was in the middle off a tense interchange.

“I have a question for you. Where are you politically?” His question caught me off guard. I knew that he described himself as conservative. But surely, a New Yorker, the personally warm and open man I’d chatted with, was a moderate? “Oh, yes, you’re conservative.”

“Most definitely. Conservative. And you?”

“What does that mean? How much are you behind our president?” I’m stunned at this point, feel I’m being interrogated. Where had the warm, relaxed man gone? How can we get back to the things we have in common — hiking, nature, travel? I try for humor — many conservatives don’t approve of Trump’s sexual behavior.

“Well, I’m not crazy about how he’s treated women!”

“Oh, you’re buying that stuff the media’s putting out?”

My heart is sinking, and I’m wondering how to get off this train. Any way to get back to the two of us and off Trump? Or end this conversation, get away from this man? I’m trained to be polite. I keep trying. “I’m open to anyone with creative ideas for our culture. If Trump gets infrastructure going, gets jobs growing, I’m for that. But I have to say I haven’t liked much of what he’s doing.”

“Creative ideas? What does that mean? What’s not to like? Obama left us with the country in ruin, economy in free fall.”

“We recovered from the recession under Obama. I think I read the deficit went down.”

“The deficit ballooned under Obama!” He quoted huge numbers. “So I still want to know how you feel about Trump!”

“When the top 4 percent of earners are paying 40 percent of taxes? That’s a foolish thing to say! Good luck to you, sweetheart!”

End. Warm, engaged relating gone. I was relieved that he’d walked off. But my shock is mixing with growing anger. “Sweetheart”? I’m foolish? I hadn’t insulted him, yet he’d dismissed and devalued everything I’d said, insulted me personally.

I’d consciously worked to stay calm and avoid dogmatic statements — my strategies to avoid escalating conflict. But I was left in a hole feeling furious and more. Expecting to relate person to person and instead being interrogated and used as a punching bag… Trying to shake it off wasn’t working. The numb state set in.

I haven’t recovered yet from Thanksgiving, my last trip to Trump country. It’s hard to remember that my in-laws live in a blue state because when we are staying with them, everything in life is colored by conservative politics and religious life. They have highly controlled personal habits and are on structured diet and exercise regimes each time we visit. Why wouldn’t their politics, religion, and personal habits be likewise disciplined and highly structured? Aligned?

These folks are family, and it is important to me and my son to maintain a family connection with them. Thanksgiving is the designated holiday for this. We had agreed to leave politics out of conversation and stick to personal topics. But inevitably, there would be the odd comment that reminded us all that we live in different lands:

Visiting someone with CNN on TV, my brother-in-law asks,

“Why not Fox News?” We watch the 2010 Martin Sheen movie The Way. How could a spiritual quest, a pilgrimage, be bad? Spirituality is something we all value and engage in.

In The Way, Sheen is joined by three other walkers, each with something they’re looking to transform on this voyage. The sole female walker turns out to have had an abortion while in a physically abusive marriage and spills the beans about her pain over this. My brother-in-law says, “She’s clearly guilty over having an abortion!”

And I say, “Well, maybe more grieving over the abortion and for the situation she was in, for herself?” A lump formed in my throat. I’d hoped to maintain the connection with them, and now the conflict has surfaced, and I feel more anger than anything.

The truth is, I think the movie does present this woman as feeling personal guilt over the abortion. For me, this turns the movie into a moralistic antiabortion screed, which changes the enjoyment I’d had. Certainly, there are some women — and men — who feel great grief and guilt about an abortion. In my experience, they are in the minority among people who chose abortion. I believe strongly that both women and men need to have the power to choose whether to go through a pregnancy and become a parent.

So there were maybe three or four uncomfortable points where conflict showed through in this visit. They were each quickly shut down. We all wanted to keep the connection. Yet returning from this visit, again, I felt dissociated. Something about visiting a world where I couldn’t speak or respond freely left me uncomfortable and numb. We had tiptoed around religion — anything that could be a spiritual topic had turned toward a conservative Catholic perspective. Touching on any topic that could lead to politics (and there are so many these days), we all froze, knowing that continuing could reveal a terrible divide. In retrospect, I wonder if that fear is the fundamental obstacle to dialogue and connection: Do we freeze to avoid crashing into conflict? Do we freeze to avoid exposing the abyss?

Why is it so dangerous to relax and let the conflict unfold? The truth is that it’s terrifying to feel dismissed and devalued about things that feel deep and fundamental. It is also frightening to experience the rage that comes so easily when that happens. In the past, I’ve tried to argue rationally with this brother-in-law over abortion rights but immediately found myself in a place of powerless fury that this seemingly callow, unthinking man could have actual power — through voting and through financial influence — to limit what any woman chooses to do with her reproductive life.

In theory, I believe it’s important to keep bridges of communication open, to see the human being in the other. None of us has absolute truth. But in these confrontations, I am not in that open state. I am in a primitive rage.

I think many people in our country are currently in this PTSD-like state. Progressives see their deeply held values dismissed and mocked. Trump’s attack-first approach is everywhere in the news. Conservatives? Maybe they are triggered by radical social and economic change, racial diversity, loss of life as they picture it.

So what can we do? First, rather than taking it at face value that the sky is falling, perhaps we can recognize that we are in this triggered state. In this frame of mind, we move quickly to a vulnerable part of ourselves and to our most basic defenses. Perhaps we can try not to act out of this sensibility, though it’s natural to hit back when we feel bullied or abused.

Some approach trauma and the state of PTSD from the perspective of brain science — we get stuck in the “animal” brain when trauma overwhelms us. Bessel van der Kolk writes of the limbic system, a reptile and mammalian brain in us which can overwhelm the prefrontal cortex, the seat of rational thought. Others, like Janina Fisher, approach the effects of trauma from the inner-child perspective. In Internal Family Systems, we are taught that the child in us goes into fight, flight, freeze, or submit mode. In treatment, we then give that child what is needed to soothe her and bring in the adult self to engage in the public and political sphere.

In this kind of therapy, we do “resourcing,” bringing to mind people — those we actually know or fantasy characters (movie figures are fine) who help us feel like, and gradually become, our best selves. Some do body-based “grounding” breathing deeply, sitting or standing with a lengthened spine, to be put back in touch with our adult selves. Connecting with real community, supportive family and friends, nature, our spiritual life, exercise: these are a few ideas for “resourcing” outside of therapy.

No, I’m not advocating navel-gazing instead of political action, though that has been the stereotype of psychotherapy’s contributions. The point I want to make is that we act from a much more solid and effective place when we are firing on all cylinders. When we’re in an unconscious state of fight, flight, or freeze, we’re not there. We’re in a PTSD-like, triggered state. It is tempting to go with the primitive, to find others to fan the flame and get a temporary high of rage going. There’s a lot of that happening.

I believe many of us in this country, regardless of where we are politically, find ourselves frequently in this triggered psychological territory. We know this when we stop seeing the humanity in people we disagree with. We experience it when we lose sight of the limited power we do exercise in this mixed and flawed democracy. The divide, the standoff, may be, in part, a frozen defense, coming out of a form of PTSD. Recognizing that, returning to a more fully resourced state, we are better suited to political life together. ■