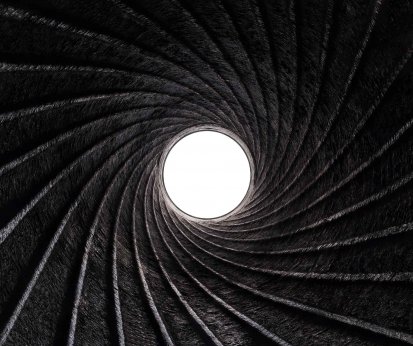 PLAYING WITH GUNS by Stefanie Hofer

At first, their silence made me wonder if I had overreacted to the presence of toy guns at the church event due to my experience with gun violence. My husband, Jamie Bishop, was murdered during the Virginia Tech massacre on April 16, 2007, the deadliest school shooting in US history. 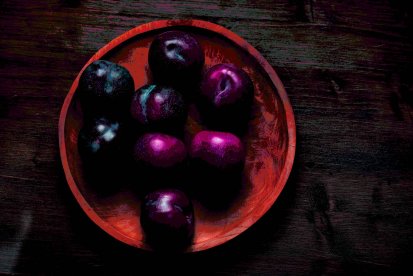 Diane Seuss’s most recent collection, Four-Legged Girl, was published in 2015 by Graywolf Press and was a finalist for the Pulitzer Prize. Wolf Lake, White Gown Blown Open (2010) won the Juniper Prize and was published in 2010. Her fourth collection, Still Life with Two Dead Peacocks and a Girl, is forthcoming from Graywolf Press in May 2018. Recent poems have appeared in Virginia Quarterly Review, American Poetry Review, The Kenyon Review, and The New Yorker. Seuss was raised in rural southwest Michigan. ‘Still Life With Dictator’ originally appeared in Crab Creek Review. 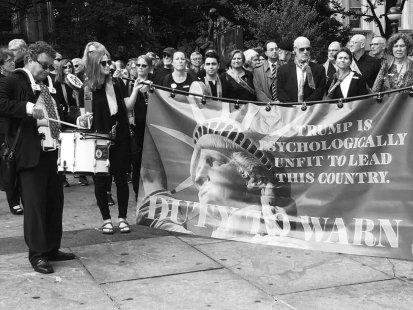 NOTES ON BECOMING AN ACTIVIST by Ann Kaplan

On October 14, 2017, I moderated an event called “Duty to Warn” in New York City. The event was one of several held nationally on that day. The topic was on the psychological fitness of Donald Trump to hold the office of president of the United States. The proximate reason… 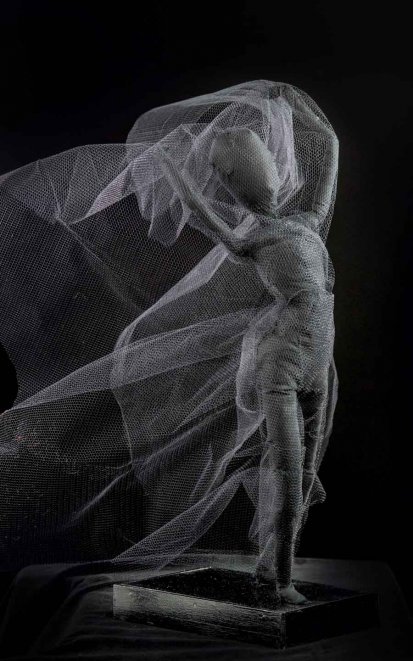 I wish I knew exactly what drew me in. I do recall what I brought: a bullet and my late husband’s dried wedding boutonniere. Melissa Ichiuji, the workshop teacher, was afraid the bullet could explode easily. I reassured her it wouldn’t. I just never imagined something solid could explode without impact. 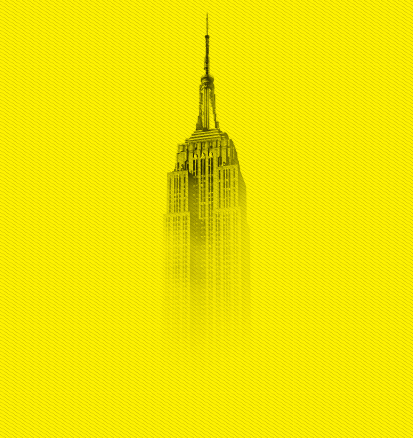 FOUND IN TRANSLATION: A KOREAN THERAPIST TRAINS IN AMERICA by Young-Ran Kim

For a while after I came to the U.S. in August 2016, I continued to have dreams which seemed to show that although I had physically moved to the U.S., my mind still needed time to catch up to that move. In those dreams, I missed my flight to New York because I arrived late to the airport, or I didn’t get ready to leave for… 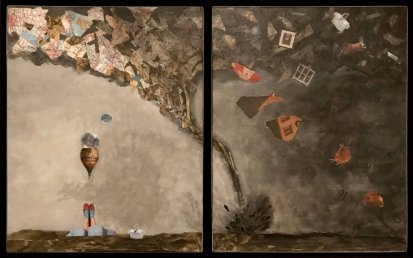 Artist Statement: NO PLACE LIKE HOME by Betty Teng

This collage was made as I was transitioning, from film making to psychoanalysis. It is torn
up road maps of everywhere I have ever lived. 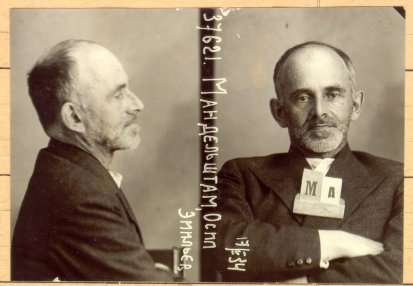 HOW MUCH CAN YOU BEAR? THE CASE OF OSIP MANDELSTAM by Richard B. Grose

The publication of Diane Seuss’s poem, “Still Life with Dictator”, in this issue of ROOM made me think of another poem about another dictator which appeared in circumstances very different from these. I refer to the poem on Stalin… 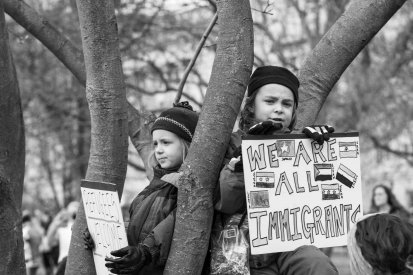 DUTY TO SPEAK by Betty Teng

The folks in the images appearing with this essay hold the traumas of racism, immigration, natural disaster and genocide. I show these faces because they reflect experiences of trauma so many of us Americans contain, directly or intergenerationally. I point to these images also to reflect on the ongoing fact that Donald Trump and his supporters’ aggressive words, policies and actions
against these already vulnerable people — against what is vulnerable in us all — has been traumatizing or re traumatizing for far too many. 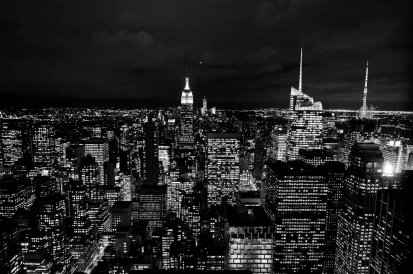 We will discuss with authors various topics arising from their pieces published in ROOM 2.18 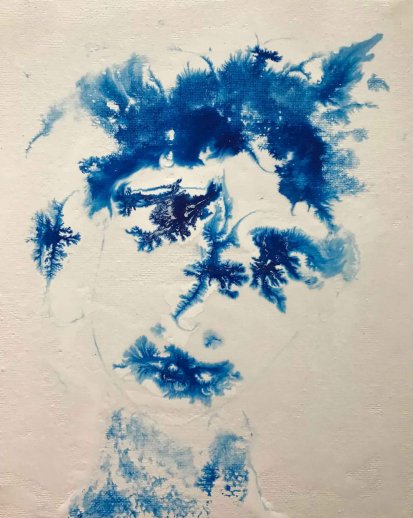 “Political” is part of a series of experimental paintings which are mediations on the concepts of transience and impermanence. Specifically, I am interested in the “mono_ no_ aware” state. The bittersweet appreciation of a moment or as some say the ahh-ness of the experience.