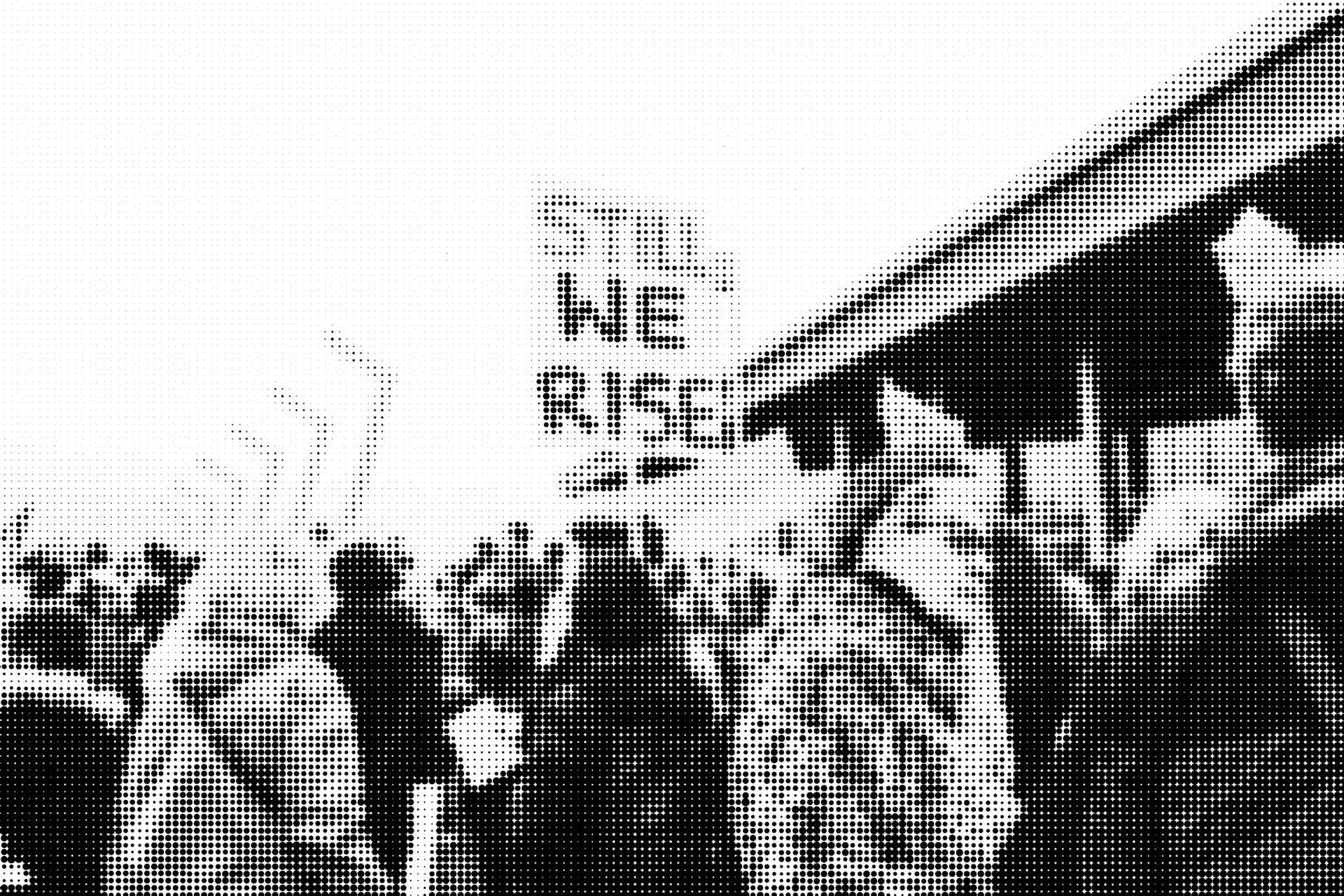 After being commissioned by the author’s local psychoanalytic institute, this essay was rejected in November 2016 for being “too political”.

When I was asked to write a piece for this newsletter on the subject of play, work/life balance or the analyst at play, I began gathering materials as I usually do in my writing process, and then I wait and see what thoughts begin to germinate along the subject matter lines as time moves forward. By Halloween, I had amassed quite a bit of material culled from PepWeb, my home library and the “Harvard Business Review.” My preliminary percolations revolved around exploring what it means to “play” in psychotherapy or analysis, and what that involves for a therapist or analyst at play. Winnicott’s theoretical statement on playing seemed like a fruitful point of departure towards this effort:

Psychotherapy takes place in the overlap of two areas of playing, that of the patient and that of the therapist. Psychotherapy has to do with two people playing together. The corollary of this is that where playing is not possible then the work done by the therapist is directed towards bringing the patient from a state of not being able to play into a state of being able to play.

Dreams and play are universal and both belong to states of well-being and mental health. On the other hand, nightmares, terrors and dreads lead to states of stasis, entropy and non-representation. Both dreams and play occupy central roles in the process of working through emotional experience. The ability to dream and to play helps transform our raw sensory experience and proto-emotions into thoughts and representations associated with thinking, emotional regulation, and symbolization. So when trauma and disorganizing experience wreak havoc on us individually and collectively, the analytic holding environment and potential space needed for growth suffers. When either the “work of play” or the dream-work fails to perform its function, the capacity of both patient and therapist to think, to represent and to form symbols can be compromised resulting in an unwillingness or inability to play, thus jeopardizing the therapeutic endeavor.

But what’s at play when both patient and therapist are unwilling or unable to play?

On Wednesday, November 9th after an unprecedented venomous and sullied presidential campaign by Donald Trump, he was declared the President-elect of the United States. During his eighteen-month campaign, Trump had captured center stage with a new brand of incendiary rhetoric that not only promoted his own self- aggrandizement amidst a whirlwind of lies and contradictions, but substituted a smorgasbord of evasions, disavowals, contradictions, racial epithets, xenophobic commentaries and misogynistic declarations for substantive discussion and debate of critical issues.

Trump’s rabid prejudicial and tyrannical rants throughout his 18-month campaign incited and stoked flames of hatred and hateful action throughout the country. He repeatedly accused and slammed Hillary Clinton for alleged wrongdoing, conflicts of interest, defiance of law, ineptness, all of which could easily be viewed as his own rage-filled projections. Trump’s stalking and bullying behavior of Clinton during the televised debates hauntingly cast a metaphoric pall of “domestic assault” and powerful asymmetries over viewers. In sum, Trump’s platform “To Make America Great Again” rested on a panoply of ongoing threats to prosecute Hillary Clinton, deport millions of immigrants, register all Muslims, withdraw from climate change accords, obliterate legal sanctions afforded to LGBT communities, women, same-sex marriages and Dreamers, and to bomb the *#@* out of enemy nations.

It hardly required the medical or mental health communities to offer diagnoses of Trump as narcissistic, sociopathic, unethical and unfit for presidential duty. As alarm bells went off, the media repeatedly sent out the hue and cry that Trump’s manifest behavior and such unprecedented conditions were far beyond normal. In fact, they were pathological, not only in terms of party and policy, but more so in terms of his emboldened perversion of common decency, civil discourse, self- evident truths, inalienable rights, moral consciousness and the essential underpinnings of our constitutional democracy. How can one continue to play amidst such crises of destructiveness?

I did not vote for Trump, nor did most of my patients. On the day after the election, awakening to the shocking and stunning victory of Donald Trump many of us were shaken to the core. In the solemn aftermath of the election, the previously unimaginable and unthinkable had become perhaps “too real” rupturing the boundary and space of our continuity of being, of our sense of self, our communal identities and our sense of “I-ness” in the world. Similar ruptures were felt in the boundaries between inner and outer realities, between the personal and the political and between predictability and uncertainty. As my first patient stated on November 9th, “There is a dark cloud on my soul today and I just want to crawl into the underworld and sleep through this nightmare.” I too resonated with his sense of despair, trauma and wish to turn away from a shared political and personal nightmare.

I couldn’t help but wonder, “What’s at play when both patient and therapist are unwilling or unable to play?”

November has been a somber month; the cacophony of laments, tirades, raw images, disjointed thoughts and emotional turbulence surrounding the election has taken a toll on the psychoanalytic playground, stressing the capacities of the “holding environment,” rupturing potential space, and foreclosing on the mind’s capacity to process and “contain” the complexities at play internally and externally. I have used my own experience and that of my patients to begin thinking about the disorganizing impact of this election, which I believe has been a trauma of both holding and containing, in which both personal and collective meaning has been shattered. I have questioned what forces are at play in determining who is an “I” and who is an “it” in the public and private spheres, and what does anyone do with all this?

Thinking analytically and observing my reactions has involved a rigorous ongoing process of self-scrutiny both in the consulting room and beyond, regarding the dynamics of both the visible and unconscious processes of power, perversion, and pleasure-seeking over symbolic representation. It is probably true that many of us have had some experience of discrimination, exclusion, or dehumanization, and while we have also advocated for the marginalized, it is now painfully difficult to identify as more marginal or “Other” by standing in opposition to both a president and government-elect. Knowingly or not, we are all teetering on a slippery slope of domestic extremism with further potential for social, political and religious sanctions and exclusions. We will have to think and choose to act wisely.

I have found it tough to discuss “play” in psychotherapy or analysis. Instead, I have chosen to speak briefly about what is at play in the broader political realm and its fracking-like effects on ourselves and on our patients. In the wake of the election and with increasing tensions, everything becomes political and the political becomes personal, including the choice to be thoughtful and to speak truthfully from one’s emotional core. As to the analyst at play and the aims of psychoanalytic treatment, I believe Winnicott nailed it for all of us: