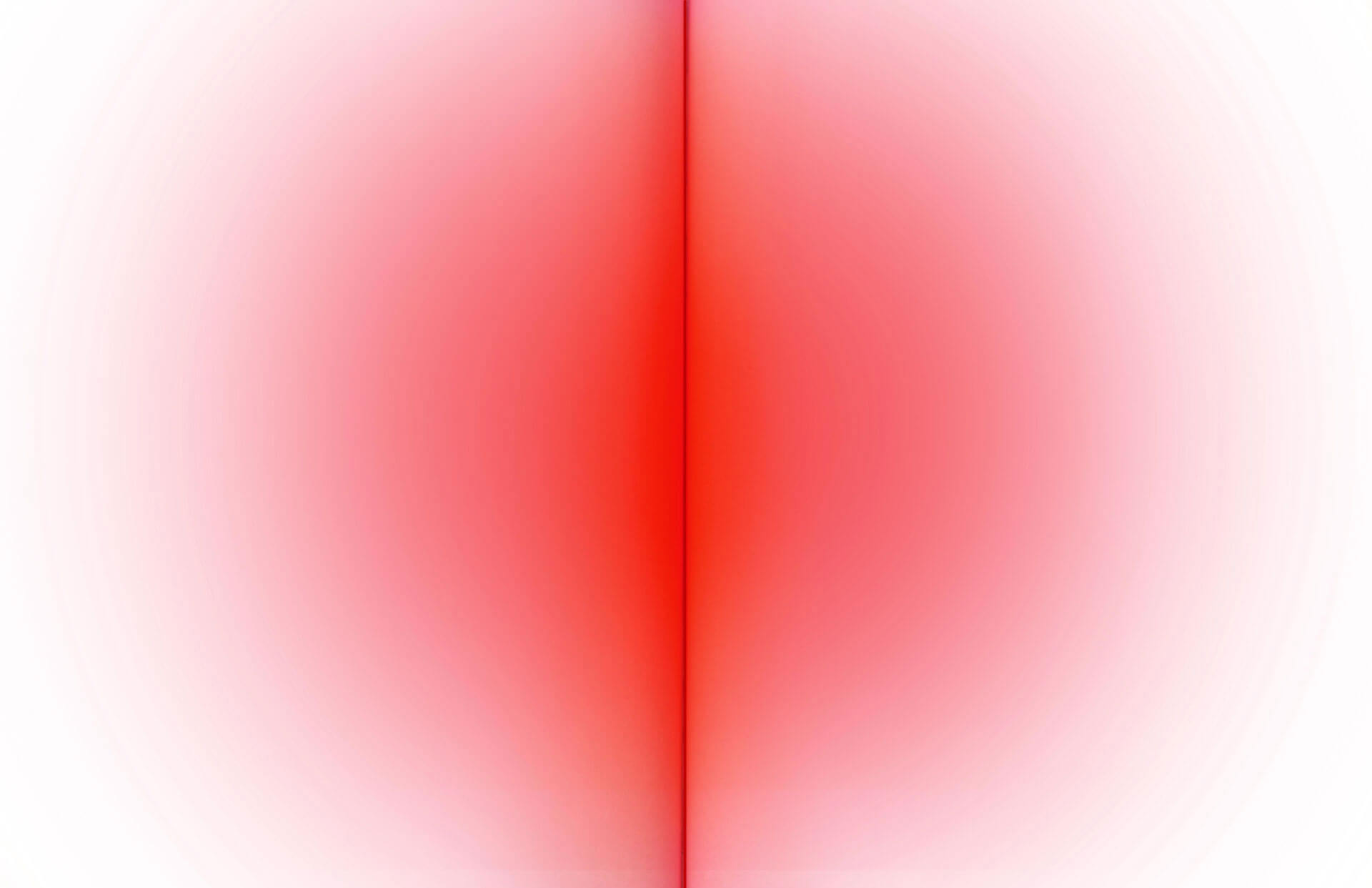 THOUGHTS ON MISOGYNY, PSYCHOANALYSIS, AND DEMOCRACY

Of course, psychoanalysis generally presents a different picture of itself, a picture of progressive self-knowledge, even liberation. Such is also the picture commonly painted of the democratic project, or at least of democracy as theory. In practice, democracy has inevitably reiterated patriarchy and has absorbed its underlying misogyny. Since the days of Pericles, democracies have preached equality and inclusiveness while in practice merely establishing new sorts of invidious hierarchies. Democracies have enslaved; they have colonized; they have subjugated the “other” — the taboo, the strange, the marginal, and, above all, the feminine.    But the degradation of women, as noted by psychoanalyst D.W. Winnicott, is fundamentally anti-democratic. Misogyny (which he traced to the fear of being indebted to and subjugated by mother) goes hand in hand with authoritarianism, with the cult of power. He thus anticipated our contemporary global-flirtation crisis with autocracy, fascism, and pseudo-masculinist discourses.

It is a commonplace of psychoanalysis that our own founding father, Sigmund Freud, injected his own misogyny into our theories, lacing psychoanalysis’s origin story with a foundational violence that similarly amplified the voice of patriarchy, even as he contrarily appealed to the voice of Eros, the voice of desire. The feminine was degraded, and the vagina in particular bore the brunt of the injury, being cast as inferior, as a wound, a mark of castration. Other groups, such as homosexuals and borderline personalities, feminine proxies perhaps, were deemed marginal and unfit for treatment. Our aspirationally democratizing practice — a talking cure between speaker and hearer —  became a tool of privilege that re-created its own class system of haves and have-nots, divided by gender, sexual orientation, diagnosis, and, of course, economic conditions. Thus psychoanalysis, which leverages the human symbolic capacity for its curative effects, exploited the raw ingredients of the human psyche to sign and to signal and to speak desire, for the claiming by some and for the disenfranchisement of others.

So it is all the more remarkable that our framers of democracy and of psychoanalysis —  patriarchs all — intuited the tenets of what I call “Feminine Law” (Gentile with Macrone, 2016). In the First Amendment and in the Fundamental Rule, they established foundational if also paradoxical commitments to freedom of thought and speech in conjunction with a practice of physical assembly. Their laws were unbinding and permissive, laws of “no law” and of no one’s law, the very antithesis of totemic prohibitive laws of “no.” Minimalistic and abstract blueprints enshrined a law of desire, a potential space enabled by constraint for candid, truthful speech, for social and political enfranchisement, for self-determination beyond conditions of servility, for a disordered desire and an erotic agency that might not only disrupt dogma and tyranny, but actually resuscitate and guide life, including collective and political life.

Feminine law — desire’s law — stands to wreak havoc with the order of patriarchy. It stands no exclusions, no colonization. It is not the repudiation of the feminine that is so threatening to us, as Freud claimed when he declared such repudiation psychic “bedrock.” Rather, it is the claiming of the feminine — really a reclaiming of our most familiar and strange encounters with the feminine from our earliest dependence — that we fear and yet desire. It is here that anatomical difference, so pivotal to psychoanalytic formulations, becomes key, because the vaginal figures the spatial contours, the enshrined ambiguity — the gaps — of our fundamental rules. The gaps in speech, the gaps that interrupt us, dislocate us — these gaps are evocations of the originary gap of the female genital.

If psychoanalysis’s mission (at least in part) is to treat people’s terror of their own misogyny, we must name the gap and thereby gain a symbol not only of equality with the phallic symbol but one with its own unique character, bridging the symbolic with the realm of what lies in excess of symbolization. The vaginal is the paradoxical gateway not only to life itself, but also to symbolic life.

But historically, psychoanalysis has maintained the rule of free association while erasing its ancestral, elemental femininity. It marked the vagina as inferior, when it was marked at all, mostly relegating it and the feminine to the unnameable register of the traumatic real, the unsymbolizable. What we lose by this strategy, what is lost when democracies wield a monopolistic phallus, are the obscured, marginalized truths and voices revealed only in the gaps. The vaginal signifies what is ineluctably real; it serves as a metaphor for what is at once accessible and inaccessible, both forever subject to phallocratic efforts at colonization and seizure, but as the conduit to the feminine, the marker of what exceeds such control.

It is not accidental that the Trump era is characterized by a preoccupation with borders, immigrants, walls, reproductive surveillance, and a general fear of feminine space. And in the context of escalating polarizations and inequities — red and blue, white and nonwhite — we are witnessing the devastating consequences of the erasure of the feminine, which also functions as a proxy for other marginalized, excluded, colonized peoples. Though we speak of widening gaps, it is actually the juxtapositions of opposites, of polarities, that reveal what is missing: the (feminine) gap itself is subject to excision — a traumatic excision, for it is this very gap, this reverberant gap, that births desire.

Eve Ensler, activist and author of The Vagina Monologues, puts it starkly: “Vagina is the most terrifying word, the most threatening word, in any language of any country I have ever been to.… It is more reviled and feared than words like plutonium, genocide, and starvation. In many countries, the word for female genitalia is so derogatory or disgusting it cannot be spoken in public. In a few places, there is no word in the language for vagina at all.”

We live in a time of calamitous fallout from our callous and cavalier degradation of the bodily Earth, which mirrors the patriarchal surveillance and brute violations of the female body. The flow of fluid (feminine) migrants crossing borders is countered by another migratory border crossing: a rising number of terrorists — of jihadists, white nationalists, and incel terrorists. While only the latter are vocal and explicitly motivated by misogyny, the rise of the Islamic State, like that of Western alt-right and neo-Nazi groups, has been linked to masculine vulnerability and shame. What if we recognize that shame as an exclusion from the feminine, an experience of being foreclosed from — in perceived exile from — the vaginal? How dare others be let in, exiles themselves?

Consider these recent statistics: there is an estimated gap of 70 million between the populations of males and females in China and India, a legacy of systematic misogyny. If the vaginal functions as I suggest it does, we will soon (as this population reaches puberty and sexual maturity in the years to come) need to reckon with the global and likely socially cataclysmic consequences of unprecedented vaginal scarcity.

If, as Phillips suggests, psychoanalysis — and, I would add, democracy — are inventions to address misogyny, their interventions are urgently needed. Their fundamental rules are promissory commitments to what their practices might be, stripped bare of patriarchy. They dare to recognize that the freedom of speech, the very freedom to desire and of desire, pivots on the feminine — that desire’s law is prefigured by a spatializing, democratizing vaginal. Though the vaginal remains forever prone to predation and usurpation and patriarchal surveillance, the feminine eludes capture, as does freedom. As the symbol of what is unappropriably free, as the gateway between what is accessible and what lies in excess of what we know and master and domesticate, we need the vaginal symbolic to be available to all. ■