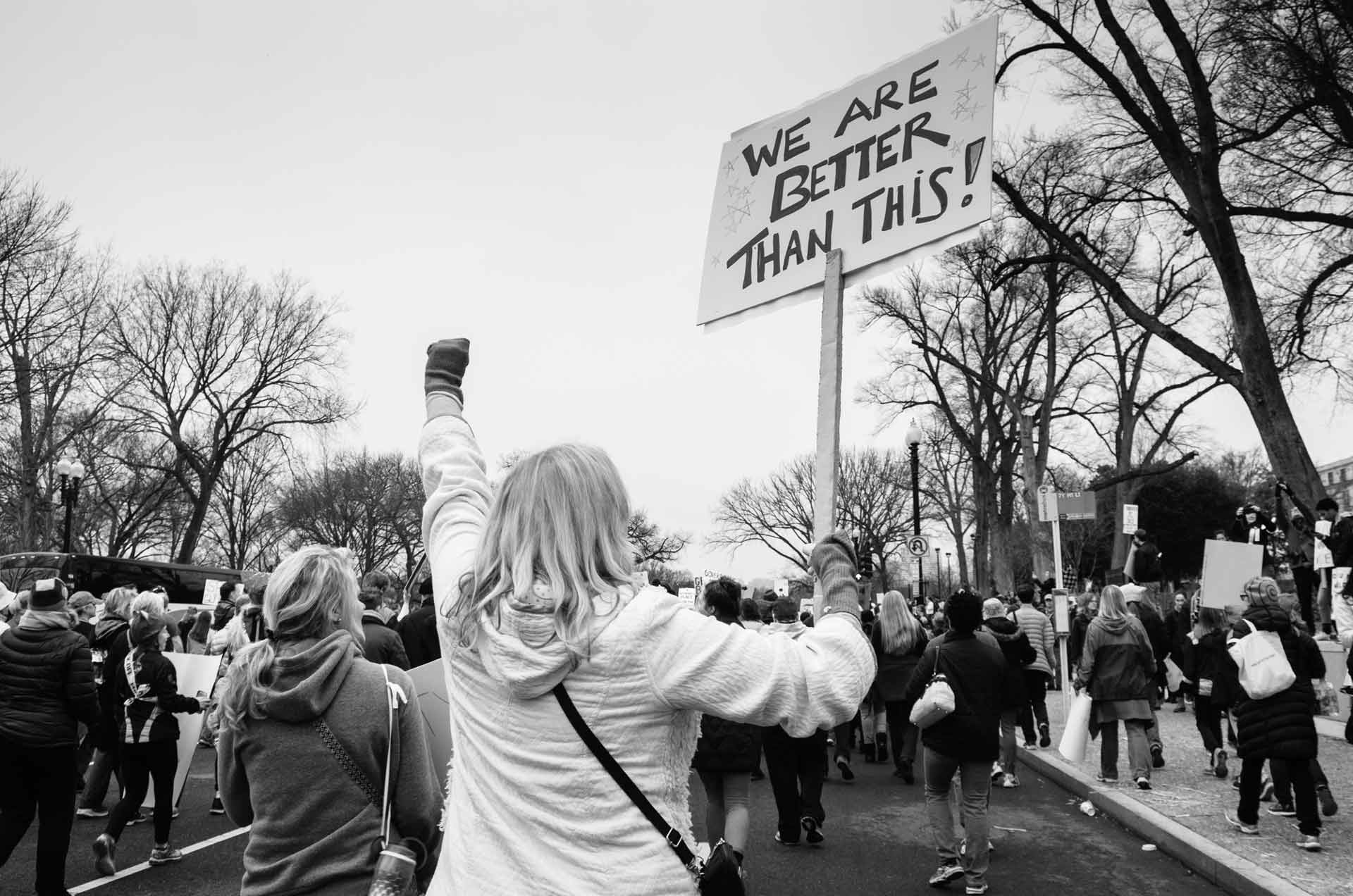 In the inaugural issue of ROOM, my dear friend and colleague Elizabeth Evert published a piece that I found somewhat disturbing. Elizabeth brought thoughtful, critical attention to the historically negative and dismissive attitude psychoanalysis has held towards religion. Her plea for a more radical commitment to understanding and inclusion was heartfelt, and she is to be applauded for having raised these concerns at a time when challenges to such a view are to be expected. My response here does not concern Elizabeth directly but rather the direction that our current critical conversation appears to be taking as indicated by the appearance of her piece. The question I find myself preoccupied with is whether psychoanalysis is truly reducible to the project for a universal democratic understanding. Perhaps we are at a historical moment when an idealized version of the power of understanding needs to be criticized quite intensively, and perhaps psychoanalysis is in a position to perform that critique rather than submit to it.

Elizabeth’s essay was organized around two quotes from Freud’s Civilization and Its Discontents. The first articulates Freud’s standard Enlightenment condemnation of religious belief as a form of superstitious delusion, while the second demonstrates that even in critiquing a religious perspective Freud could not at times avoid appropriating its vocabulary. The suggestion was that Freud’s views, deriving as they did from the European climate of the 1920’s and 30’s, do not necessarily reflect what analysts might have to say about the location and power of the American religious project at the beginning of the 21st century. There is a good deal of truth in this, and perhaps an account of the peculiar rise and fallof psychoanalysis in the context of 20th century American consumer culture might be situated against the background of a relatively young cultural tradition deeply informed by the transcendentalism of Emerson and Thoreau.

However, halfway through the essay a parallel is drawn between psychoanalysis and Christianity as coincident efforts at “recognizing the value of each soul.” This struck me as a rather Christian understanding of psychoanalysis itself, one that demonstrates not a point of convergence between analysis and religion but a reading of clinical practice already determined by religious morality from the outset. There followed a further parallel drawn between psychoanalysis and Evangelical Christianity, leading to the author’s admission of her surprise that Evangelicals would largely support Trump’s presidential candidacy, and finally an appreciation of how “believ[ing] deeply in human rights” could authorize a “lifelong priority” to thinking “abortion as genocide.” I would argue that those who consider Planned Parenthood an agent of “genocide” should appear as offensive as those who would deny that the Holocaust actually happened, despite whatever endearing humanist qualities they might otherwise possess. If we are uncomfortable calling these “delusions,” perhaps we might employ the more palatable contemporary euphemism “alternative facts.” I am not sure we secure a victory for democracy in doing so. I am also not sure why we are so quick to demonize Muslim fundamentalism as “radical Islam,” while we are just as quick to naturalize Christian fundamentalism as “Evangelical Christianity,” or Jewish fundamentalism as “orthodox Judaism.” (Actually, I have a fairly good idea as to why we do this, but that is beside the point.)

The most cursory reading of Civilization and Its Discontents is enough to indicate that, for Freud, psychoanalysis is not a liberal discourse. Perhaps we might find in this a reason to revisit Freud’s perspective on contemporary politics, rather than yet another excuse for declaring Freud “dead.” In conjunction with the two quotes Elizabeth cited from Freud’s text, I found myself thinking of two others. In Chapter Four, Freud offers two objections to the notion of a universal love:

A love that does not discriminate seems to me to forfeit a part of its own value, by doing an injustice to its object; and secondly, not all men are worthy of love.

If we see in these points an expression of Freud’s rationalist arrogance, it is worth noting that these were sentiments offered by Aristotle in his Nicomachean Ethics. No doubt they are not Christian sentiments, but they are not specific to Freud, and they belong to the foundational attitude of democracy. Love, thought, and the pursuit of justice are gestures of discrimination—they concern what is singular, not what is universal. For Aristotle, indeed for the Athenians from whom our understanding of the democratic project originally derives, this is an attitude upon which democracy must be based. While it in no way lends itself to legitimizing the suicidal nightmare of Trumpism, democracy at its pre-Christian origins was not the democracy of the neoliberal order expressed today by the marketplace of global consumerism.

The second quote from Civilization and Its Discontents that occurred to me —this one much darker, and relegated to a footnote in the text— reads:

Here Freud distinguishes himself from the tendency towards fetishizing understanding and tolerance that psychoanalysis today seems to be embarking on, and that is not in keeping with the original orientation of our discipline. At what point do understanding and tolerance begin to facilitate masochistic self-sacrifice? At what point do they transition loudly into active struggle, and at what point do they transition quietly into passive compliance? Understanding should not be confused with tolerance, nor should tolerance be confused with acceptance. Fundamentalism is not the perversion of established religions; it is that through which religions become powerful in the first place by silently cultivating such perversions within themselves. It is by grasping this that psychoanalysis defies its critics and becomes something other than a religion, something closer to a science.

And here, though I can’t help but feel self-conscious in the privilege underwriting my appeal, I’m reminded of a speech by Dr. King. Not the famous “I Have a Dream” speech—which market democracy has been eager to embrace, because it does not challenge the hegemony of the marketplace or the fundamentalist morality that drives market relations today—but the (symptomatically) less famous yet to me more inspiring statement on “Maladjustment” from 1963:

Modern psychology has a word: “maladjusted.” Certainly, we all want to avoid the maladjusted life. In order to have real adjustment within our personalities, we all want the well-adjusted life in order to avoid neurosis, schizophrenic personalities. But I say to you, my friends… there are certain things in our nation and in the world to which I am proud to be maladjusted, and to which I hope all men of good-will will be maladjusted until the good societies realize. I say very honestly that I never intend to become adjusted to segregation and discrimination. I never intend to become adjusted to religious bigotry. I never intend to adjust myself to economic conditions that will take necessities from the many to give luxuries to the few. I never intend to adjust myself to the madness of militarism, to the self-defeating effects of physical violence. (emphasis added)

Notice that King does not say simply “bigotry,” but specifically “religious bigotry.” Also notice that he condemns specifically “physical violence”—which he will identify with the escalating nuclear arms race—while he otherwise advocates passionately for a certain critical violence, affirming that it is just to identify and to fight enemies of justice, because justice is not universal, it is local, and different, and fragile as a result. He goes on to propose the establishment of

“a new organization in our world: the International Association for the Advancement of Creative Maladjustment—men and women who will be as maladjusted as the prophet Amos.”

Like Freud, King appeals to the terms of religion as a way of countering its intrinsically perverse tendencies, while grasping, perhaps again like Freud, that this is not a negative gesture of self-contradiction but a positive gesture of radical affirmation, even though it generates exclusion. I believe that what King understood here was that understanding must understand its own limits, and that it is at these limits and in the agonistic struggles they produce that we enter into the space of a genuinely democratic politics. Perhaps psychoanalysis today might redirect its tendency to idealize understanding towards an appreciation of the complex defiance of creative maladjustment. Perhaps there are perspectives that we should not tolerate, and not because of any failure in our capacity to understand, but because they are all too immediately understandable and recognizable in their destructiveness. –