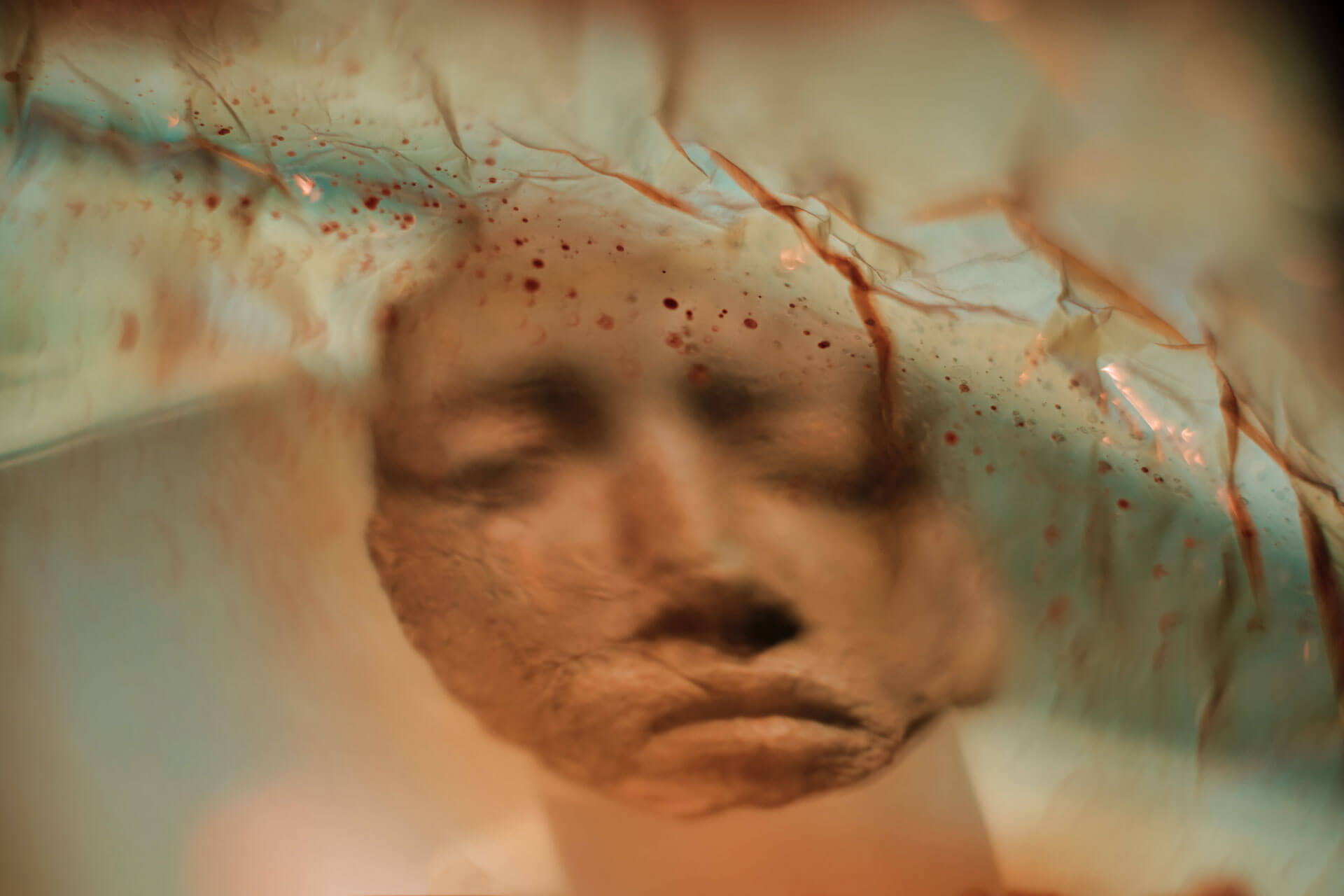 Currently trauma is defined less in terms of the personal (the individual) and more in terms of the collective (the social-political) with its potentially insidious soul-destroying qualities. This is Maria Root’s concept of everyday or “insidious trauma.” Root here is referring to the “traumatogenic effects of oppression,” racism, marginalization, and hegemony. These are the psychological assaults (micro- and macro-abrasions) which “are not necessarily overtly violent or threatening to bodily well-being at a given moment, but rather do violence to the soul and spirit.”1

Presently, psychoanalysts recognize the resulting condition of psychic paralysis that exists in an individual exposed to collective psychic trauma. Such individuals are said to have a psyche colonized by collective and colonial imperatives, including the internalized attitudes of cultural inferiority.2 This internalization often entails “the loss of an unnamable domain…which one might…mistake for constitutional exile.”3

Constitutional exile (the feeling of being set adrift, disoriented, and disconnected from oneself) produces one of the most damaging aspects of psychic trauma. This is the loss of a connection to one’s interiority and access to a creative unconscious that can provide the psychic space for the reparation and reconstitution of internal processes impacted by trauma. The result is a devastating inhibition in the growth of awareness of the extent of the psychic injury and, above all, a loss of a linking to one’s autonomy and agency that could provide the psychic space for repair.

In addition to advocating for social change, many schools of psychoanalysis emphasize the power of the unconscious in the healing of a socially traumatized psyche. Some point to dreams for bringing a more detailed map of the psychic territory impacted by the trauma and exposing the linkages to other vulnerable places within the individual. In this context, Jung offers what he terms “the Spirit of the Depths,”4  an aspect of psyche composed of both conscious and unconscious processes, available through our dreams, that offers a space of reflection born of an understanding of the images that flow from the unconscious.

It is this force, according to Jung, that offers the vision to unshackle both an individual life and also provides the symbols that offer recovery from the impact of a culture that may be tumultuous, disorienting, and assaultive to its members’ autonomy. These kinds of dreams can prove fertile for the personality, enabling it to move creatively forward, reacquiring or transforming inadvertently overlooked parts of the self, and linking them to those encapsulated by the trauma.

It follows that our dreams, once embraced, can provide one way that we can return from a place of exile, homelessness, rootlessness, and powerlessness, and help reinstate the inalienable rights denied by a corrosive society. Our dreams can offer us entrance into the psychic space that we can call home — a home that offers acquaintance with what is essentially ours, initiating autonomy from what has been destructively imposed. Freedom, redemption, depth of feeling, and understanding of the world around us, and ourselves, are intimately connected to keeping the door ajar to this psychic space.

There are some dreams that appear to be specifically commenting on the “Spirit of the Times” — the impact of the social context — the collective — and at the same time seem to be commenting on the personal. These dreams offer the special gift of shedding light on the distinction between the personal and the political (and their juncture), giving insight to their linkage, and their impact on each other.

I have termed this type of dream “dreams at the interface.” Although not all dreams prompt a feeling that they are commenting on the “Spirit of the Times” as well as personal complexes and issues of the individual dreamer, Lama Z. Khouri, in her poignant essay “Buried Neck Deep” in Room 10.18.55 offers just such a dream and gives us the opportunity to study the link between the personal and political in some detail.

As we explore Khouri’s dream, we will see how the personal and political have interacted to produce her current experience. The dream itself, with its message understood, can help her restore generativity and choice in her psyche, a psyche that she describes as impacted through her identification as a Palestinian (a people both colonized and abandoned by other Arab countries, their plight overlooked) and having a profound emotional connection to and understanding of the people of a village in Gaza symbolically (and literally) described by her as an “open-air prison.”

It is almost impossible not to pause as one attempts to absorb the catastrophic and emotive power of the image, which is center stage in Khouri’s dream, dreamed twelve years ago, when her son was age four, and now again is rising to consciousness. It seems that such an image can only emerge from a psyche that has had the primary experience of, and in addition been a primary witness to, the insidious traumatogenic power of oppression. The dream imagery carries forward to her consciousness and ours the soul-destroying aspects of collective trauma.

However, it is important to note that dreams rarely restate what the dreamer already knows; their gift is always to be our most informing friend, constantly surprising, urging us to notice shadow aspects of ourselves, existing in the darkened areas of our psyche. Focusing on these areas clarifies linkages and assumptions that may give us the capacity to unlock doors to internally and externally constructed prisons.

It is this aspect of Khouri’s dream that we look to for the vision to unshackle her personal complexes and issues that have arisen in relationship to her collective experience of trauma. These personal issues can be just as catastrophic and immobilizing left unnoticed as the original collective psychic trauma. In addition, when the collective and personal aspects of the trauma are not sorted, their interaction can dramatically intensify psychic pain.

In addition, when such a powerful dream image rises to the surface of consciousness yet a second time, it carries the suggestion that there must be something important that Khouri needs to notice. Perhaps it might possess the quality of the “unthought known” of Christopher Bollas6, a “thought” that is existent in one’s psyche, but its poignant and transformational power makes it impossible to process.

Lately, a dream I had twelve years ago has been coming back to me. I dreamt that my four-year-old son (he’s sixteen now) was buried neck deep in the middle of a neighborhood and surrounded by modest houses. Passersby would kick his face, but he remained silent, as if the kicks were part of life and not to be contested — as if, to survive, he needed to keep his mouth shut.

This dream has had many meanings for me. Twelve years ago, I thought my four-year-old son in the dream was me: buried in a failed marriage with nowhere to go. Of late, my son in the dream has become the Palestinian people: “You either capitulate or we will continue to beat you to the ground.” Their struggle for freedom is terrorism, children throwing rocks are arrested or killed, many young adults have no hope.

Although many of the assumptions and images in the dream may seem resonant to and even a result of living intimately connected to a colonized nation, it is important to note that there are many assumptions in the dream that are stated as “just so” aspects of life, and it may be those that the dream seems to be opening up for consideration and questioning. I have noted these in bold above.

Are kicks in the face part of life and not to be contested? The dream figure acts “as if” this is true. He acts as if to survive, he needs to keep his mouth shut. Is it true that, in order to survive, one must remain silent?

She says later that she felt the dream image reflected the reality of the Palestinian people. However, one can be oppressed, harassed, socially imprisoned, and impacted by the Israelis’ abuse without assuming kicks are part of life and not to be contested, or without assuming that abuse is normal.

Most centrally, one can be in an oppressive marriage and/or oppressed by an aggressive nation and still not decide that, in order to survive, one must keep their mouth shut. The dream describes a certain conscious orientation to reality, certain assumptions about life, and what one needs to do in order to survive, and it shows the dream figure “buried up to the neck” in these assumptions, immobilized by them. It appears to me that it is these assumptions that allow the dream figure no wiggle room, and that it may be these assumptions, left unquestioned, that have accumulated to construct his open-air prison.

It appears that it is not the collective trauma itself that has destroyed the dream figure’s power and autonomy. Rather, it is these assumptions about life that has the dream figure catastrophically and hopelessly mired. The dream figure has no wiggle room in relation to the assumption that abuse is a normal part of life, that there is a normal and natural connection between abuse and the inability to act, that the connection between abuse and silent acceptance is normal, and that silence and immobility are the only survival techniques.  Above all, the dream appears to be attempting to bring to the consciousness of the dreamer a new option —  the possibility of questioning the wholesale truth of the powerful phrase —  “You either capitulate or we will beat you to the ground.”   It appears that the dream is here now, as well as twelve years ago, and is remembered to continue its dialogue with her. The dream specifically throws light on these assumptions and opens them up to reflection.

Khouri concludes her essay with this thought:

It is not enough for me to hold and contain the client’s pain. I need to do what I can to change their sociopolitical environment.

Impacted by the powerful image in her dream, I would also add that Khouri may notice dream images of her clients or thoughts and associations that demonstrate personal vulnerabilities and narratives and that exist in their personal psyche in relationship to a larger collective trauma. Bringing these to consciousness, differentiating the power imposed from the outside, from the power given to the outside through internal personal assumptions and personal narratives, giving the link between the two heat, focus, and conscious reflection, may bring these “just so” assumptions to awareness and create a greater inner sense of personal choice for her clients. ■