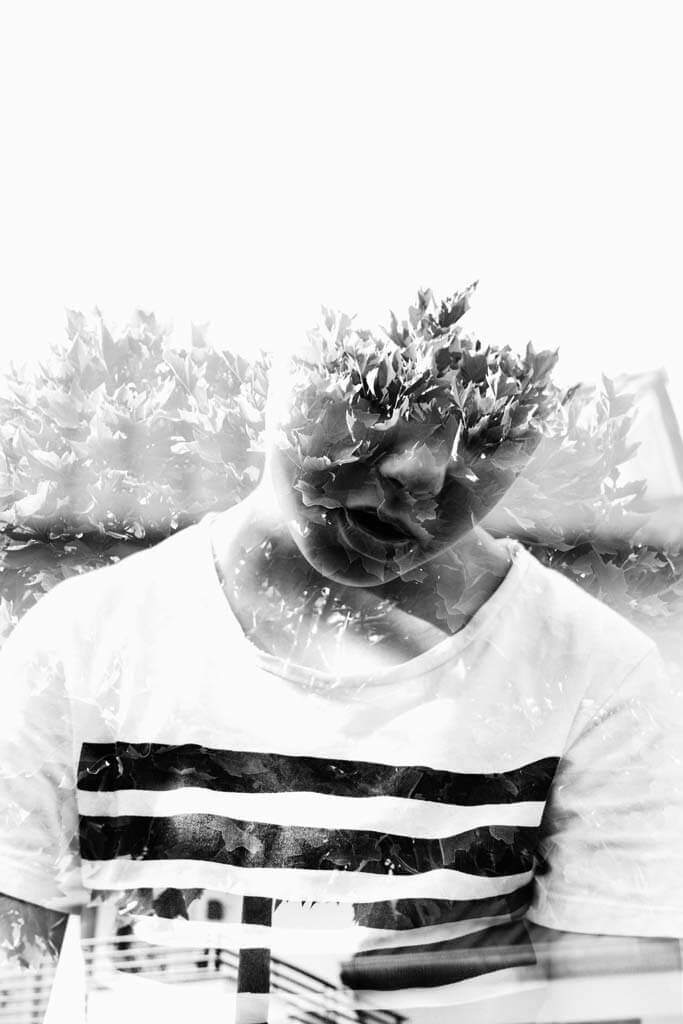 When I was a little kid, I thought my uncle was hysterical. He told no jokes, but he didn’t treat me like a kid, either. He was always a problem for the rest of the family. At one point, my mother told me, “If people in suits come looking for your uncle, you don’t know where he lives.” Actually, he lived down the block. My uncle always had a job but never seemed to be working. He would sometimes store things—twenty Weber grills, freezers full of meat—in my dad’s garage. The back seat of his Trans Am was piled with clothes.

At family events, my uncle would wait until he had my attention and say, “You know this is all bullshit, right?” Hearing this was a relief, but I didn’t know why. Sometimes he would ask me, very seriously, “So, how you like being a little kid?” To this day, I don’t know if he knew the impossible layers to answering this question. I hated being a kid, and he would never acknowledge the joke or the truth upholding the joke.

Poet Charles Simic revels in his jokes and disruptions as they ground us and mark our place in the world. In one two-line poem, “The Voice at 3:00 a.m.,” Simic summarizes this split: “Who put the canned laughter / In my crucifixion scene?”  The poem’s title, for me at least, hints at the despair Saint John of the Cross ascribed to those early morning hours. To superimpose sitcom laugh tracks onto the scene at Calvary, Simic lets the joke expand past the text, into the title, other poems, prayers, and every joke Simic has heard.

This dark humor is a trauma response, acknowledging the impossible questions with which we are left. This is the absurd truth hinted at with a rim shot to take the anxiety edge off the unknown, reminding me of the Christian mystic Richard Rohr quoting a Talmudic scholar: “God is not nice. God is not an uncle. God is an earthquake.” Which mirrors Michael Eigen’s summary of Bion’s unknowable reality: “We cannot count on the niceness of O.” Simic is able to be joyful about the horror of O.

Analytic work demands we incorporate the uncertainty of the world, the unknowable, into our existence. The horrific what ifs, what nexts, and shoulds and the dread of how do they see me exist, marking the unbearable anxieties left wordlessly outside of our narratives while driving our behavior.

One poem of Simic’s plays with the horrible possibilities floating within a self split by trauma:

I was stolen by the gypsies. My parents stole me right back. Then the gypsies stole me again. This went on for some time. One minute I was in the caravan suckling the dark teat of my new mother, the next I sat at the long dining room table eating my breakfast with a silver spoon.

It was the first day of spring. One of my fathers was singing in the bathtub; the other one was painting a live sparrow the colors of a tropical bird.

As a child in Belgrade, Simic survived the German bombing and Nazi occupation. His childhood became a series of disruptions as he and his family crossed boundaries delineated by violence, ethnicity, culture, and language. The trauma of multiple displacements exists in his blurred boundaries between consciousness and dreams, and in the links which discern a magical realism from a gray reality. Simic accepts each paradox as true: “A poem is a place where affinities are discovered. Poetry is a way of thinking through affinities.”

Simic finds the affinities between the sacred and the profane, a process described by Donald Kalsched in repairing the self divided by acute or accumulated trauma. This split creates internal roles be they the protector/persecutor of Kalsched’s trickster, Winnicott’s true and false selves, or Fairburn’s internalized bad object. All of this is a response to the impact of the unbearable, the “primitive agonies” of the infant that cannot be told directly precisely because of the displacement of affect from memory and language.

The juxtaposition of the uncanny and the absurd with the safe and familiar runs through the body of his work. Simic began learning the joy of studying philosophy and poetry while living in a Times Square hotel with his unemployed father, waiting for the rest of their family to join them in a new world. Understanding where one does not fit in, one can more clearly see the place in which one stands. And Simic says, “The poem is an attempt at self-recovery, self-recognition, self-remembering, the marvel of being again… A poem is a piece of the unutterable whole.”

One patient of mine survived a career where each job site was potentially fatal due to the physical job requirements as well as the homophobic aggression of coworkers that, not coincidentally, mirrored those of the family from which he escaped. He entered sessions with his jaw clenched shut, his core muscles tightened against impact, walking on tiptoes, and ready for the potential assault that came with many interactions. He saw no metaphors in the world; all uncertainty was concretely deadly.

I began considering therapy’s possible conclusion when he opened one session with “It’s all a joke, isn’t it? It’s real and serious, and it can kill me, but it’s not so serious, is it?” He struggled to explain a tiny moment during the previous week when the world seemed to be covered with a sort of intangible overlay, like a scrim that both obscured and illuminated everything. He asked, “Am I nuts? It’s like I’m in a movie, but it’s real. But I don’t really care. It feels okay.”

This numinous experience might have been what Michael Eigen summarized as Bion’s unknowable reality: “We are part of one great paradoxical monism, a wholeness that thrives on fragmentary processes, bits and pieces throbbing with significance.”

In therapy, we find those places where we do not have words. Simic wrote, “[The poem] measures the gap between words and what they presume to name…the gap between being and being-said.”

Several years ago, I ran a team at a community mental health agency. We worked with individuals suffering severe psychosis, substance abuse issues, homelessness, incarcerations, frequent hospitalizations—cases marked “too intensive” for other programs. On call 24/7, most of the work was done in our cars or in hotels, hospitals, or courtrooms. Our team had to be able to walk in these spaces that were blurred by the boundaries of psychosis.

One client would only acknowledge the therapeutic relationship if he was Steven Seagal and I was Bruce Willis. Some days, we were cop partners running around the city; some days, he was the psychiatrist and I was his lawyer. These creations made the world tolerable, but the world hardly tolerated his psychosis. Evicted from a flophouse hotel for his disruptive behavior, I took him to another. We cycled through a lot of housing. “You do the talking,” he said as we walked in. “I got your back.” As I already knew a bunch of people in the hotel, many greeted me.

My partner whisper-scolded, “We’re CIA covert ops. You think you should be talking to all them?”

“If I don’t, they’re gonna get suspicious, right?”

Most often, I couldn’t tell if he was letting me in on the joke or not, but I had to always be willing to enter that gap between words and the world.

Simic’s, book Dime-Store Alchemy provides a narration for the work of Joseph Cornell, an artist who never left his childhood home in Astoria, Queens. In his basement studio, Cornell made shadow boxes and collages from found objects. He took discarded bits and bobs found on his searches through Manhattan bookstores and junk shops, creating tableaus of paper birds and soap bubbles, giving titles to his internal narratives of old hotels and lost children. When he couldn’t find appropriate containers for his found items, he built his own boxes, so they seemed a natural container for the collections inside. Works would sit unfinished for months and years until he found the right objects to place together for reasons he could not intellectualize.

You don’t make art; you find it. You accept everything as its material…

The collage technique, that art of reassembling fragments of preexisting images in such a way as to form a new image… Found objects, chance creations, ready-mades… abolish the separation between art and life. The commonplace is miraculous if rightly seen, if recognized.

Each piece of art or work of prose can be seen as the demand for an empathetic witness standing to one side, understanding some but not all, sharing a portion of space with the fragmented individual attempting to put words to the impossible. The artist or poet seeks a witness to acknowledge that they also see, and can laugh at, the unknowable.

This is to complete the link of communication any art demands. ■

Which is what I think my uncle did.

Which is what I think we are supposed to do.