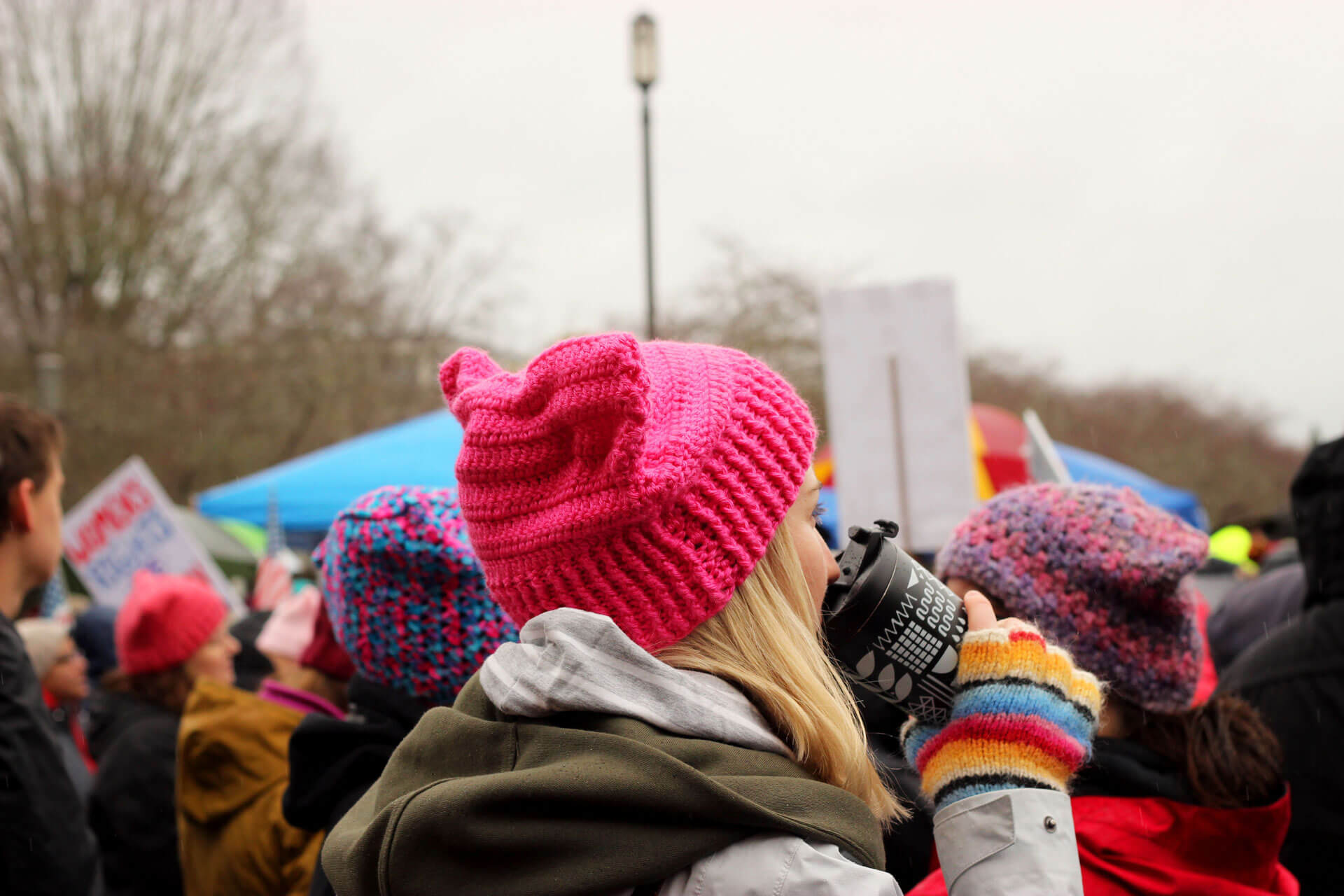 In my academic, artistic, as well as curatorial practices, I have explored the question of how we produce and transmit knowledge across different, often unexpected, media. In this short essay, I will share my observations of similarities between psychoanalysis and artistic practices that move away for logocentric to performative knowledge, from truth as form to truth as event. I would suggest that psychoanalysis, like art, breaks from the hegemonic, hierarchical model of knowledge based on the patriarchal/masculine and moves toward more open, fluid, and networked forms of thinking, as well as producing and transmitting knowledge and meaning. We can position this model of thinking as feminine — in a wide understanding of femininity that goes beyond simple binary distinctions. Here, performativity is key: how certain concepts, feelings, and desires around identities are enacted and what effects these enactments produce in the world.

Namely, for centuries, we have been taught to decouple body from thought in what we can call a “masculine patriarchal model of thinking.” In modern times, colonialism connected the concepts of knowledge and science with the authority of power and race by establishing the hegemony of a Western (Eurocentric) model of knowledge as the only valid one. This hegemony has survived the historic colonialism and maintained till present day.

In the Western academic tradition, knowledge has been historically connected to literacy and the medium of the written word. Logocentric thought depends on technologies of books, chairs, and desks. Rodin’s The Thinker offers a figure of the vita contemplativa, the life of contemplating abstract, frozen ideas. But what if the thinker were to stand up, walk, run, dance, and lounge around? And what if this figure were a female thinker?

For too long, positions of knowledge and power have been dominated by men. Despite improvements over the last century, women still struggle to take their place at lecterns occupied by men. Connected to this problem is another one: Why is the Western hegemonic model the model that we recognize as legitimate knowledge? What about other knowledge and other epistemologies? In contrast with the rational, universal, and objective traditionally associated with the masculine, both the feminine and non-Western have been historically linked to the sensual and experiential, to the occult, magical, and spiritual.

What about other knowledge and other epistemologies that have been subjugated to the West’s colonial epistemic violence, leaving embodied knowledge and entire lifeworlds pushed aside by the knowledge and power of logocentrism? With such questions in mind, the female thinker as Other appears not only as a new actor/agent, but also as a carrier of the different kind of knowledge. Her knowledge is situated knowledge: the content is inseparable from the agency of knowledge producer. It is the knowledge of performance, art, and, as I have come to realize, psychoanalysis.

This paradigm shift in the ways we communicate knowledge can be understood as a shift from literal to figural. In my artistic and academic practice, I’ve found that one great way to perform and articulate this shift is through Thought Action Figures (TAFs)1. TAFs are figures of thought as well as concrete objects that allow us to transform and perform ideas, concepts, and knowledge across different media and in variety of forms. They are not limited to human figures: animals, plants, machines, processes, materialities, ideal entities are all becoming TAFfy, which are sticky networks of concrete associations formed by chance and necessity in order to gather and disperse thoughts and actions at specific times and places. TAFs are always created in relation, and they always produce meaning: that is what distinguishes them from simple objects. These relations are multiple, fluid, networked, transversal, and always in motion.

They are often instrumental in activist2 and especially artivist movements. For example, pussy hats emerged as a collective critico-creative act in January 2017, when they were created and worn by tens of thousands of protesters at Women’s Marches across America — women, men, children, cops, and even a Donald Trump bobblehead wore them. Like all TAFs, pussy hats are overdetermined and serve many functions; they are symbols against sexual abuse and violence, against Trump, and against the underlying patriarchy and phallocentrism. As important: pussy hats are displays of feminine power and collectivism. They make the personal political and the political personal by making pussies visible and audible. The hats’ bright color connects pink pussies to the pink triangles of ACT UP activists and gays in Nazi concentration camps. Their name and very shape queers the stereotype of “catty women,” of women who exhibit subtle or outright aggression to others. As knitted garments, pussy hats also gather threads from recent theorizations of female genitalia as figures of postphallic thought. Julia Kristeva recast chora, the Greek nonspace, as vagina. Luce Irigaray theorized the “two lips” that touch each other in feminine ecriture. And Jacques Derrida posed the hymen as an alternative to castration. Then there’s the cliteracy of conceptual artist Sophia Wallace, with its TAF affirming their own self-difference and alterity. They thus violate Aristotle’s principle of identity: X may or may not be equal to X. Figures can be criticized, but they make such critique part of their figuration.

Another example of feminine TAF is a mash-up of freedom fighters, great apes, and feminist artists: the Guerrilla Girls, whose performances, books, and posters have targeted sexism and racism in the art world. Wearing their trademark masks, the Guerrilla Girls embody TAFs in many ways, especially their use of research, collaboration, anonymity, and pointed humor. As they say on one of their gift bags sold in museum gift shops: “You won’t believe what comes out of your mouth when you’re wearing a gorilla mask!”

When I stepped from art into psychoanalysis, it became clear to me that these two practices connect on the level of performance. Like art but unlike academic disciplines, psychoanalysis escapes the logocentric, hierarchical model of thinking, and fosters more inclusive, horizontal, and feminine forms of thought. Here, performance occurs in nonverbal communication, unconscious communication, transferential enactments, as well as processes of symbolization. Such performance is obviously present in play therapy through the use of toys, objects, and living bodies that figure different elements of psychic reality. Such figuration also occurs in art therapy, psychodrama, and related techniques. In all these performances, from the classical analytic situation to less traditional formats, thought is put into action. In the exchange between analyst and analysand, TAFs (visible or imagined) come to life.

French philosopher Jean François Lyotard — influenced by and in response to Jacques Lacan — distinguished between discourse (related to text) and figure (related to sensual experiences, such as seeing). By connecting the figural to psychoanalysis and art, Lyotard opened up the possibility of thinking the figural as that which transcends and escapes the textual in a wider sense. The sensual figure does not dominate the logocentric text; rather, they must necessarily supplement one another if we want to escape the logocentric paradigm. Lyotard’s understanding of figuration directly emerges from Freud’s theory of libido. He argues that libidinal energy (which is for Lyotard figural) can be used as “theoretical fiction” to explain political, social, and cultural phenomena in the world.

In psychoanalytic terms, one way to understand TAFs is as the figures of the unconscious. This means that they are symbolic carriers of meaning, vehicles through the unspeakable become visible. Like TAFs, the unconscious is timeless; it knows no contractions and no negation; it is only guided by pleasure principle. Its contents are drive representatives that seek to discharge their cathexis through primary psychic processes: condensation and displacement. It was Freud who articulated those processes:

“By the process of displacement, one idea may surrender to another its whole quota of cathexis; by the process of condensation, it may appropriate the whole cathexis of several other ideas.”

Let’s see what happens if we try this again, but in a figural way:

We can also understand the analytic couch as a TAF, one that generates other TAFs. Such a couch functions as a reclined matrix for accessing unconscious thoughts and generating utterances comprehensible to the conscious. Being on the couch and working through figures of thought is the ultimate way to access the psyche’s unknown depths. There is something profoundly performative about “the frame”: analyst is sitting behind a couch, visual field is canceled, the only rule is to say everything that comes to mind. Freud’s “talking cure” may sound logocentric, but the interpretation machine is not so simple. In the frame, the analyst herself becomes a thought-action figure; in the transference that unfolds in the room, she can become everything and anything — everyone and anyone. Rather than the old metaphor of a neutral screen, the analyst becomes an interface, a shamanic figure that walks with you through the cosmogony of your many personal thought actions. This form of “figuring out” moves toward transversality and trans-mediation of thought, free from the fictionalized binary strictures in psychoanalysis that approaches a (highly structured) form of art. ■