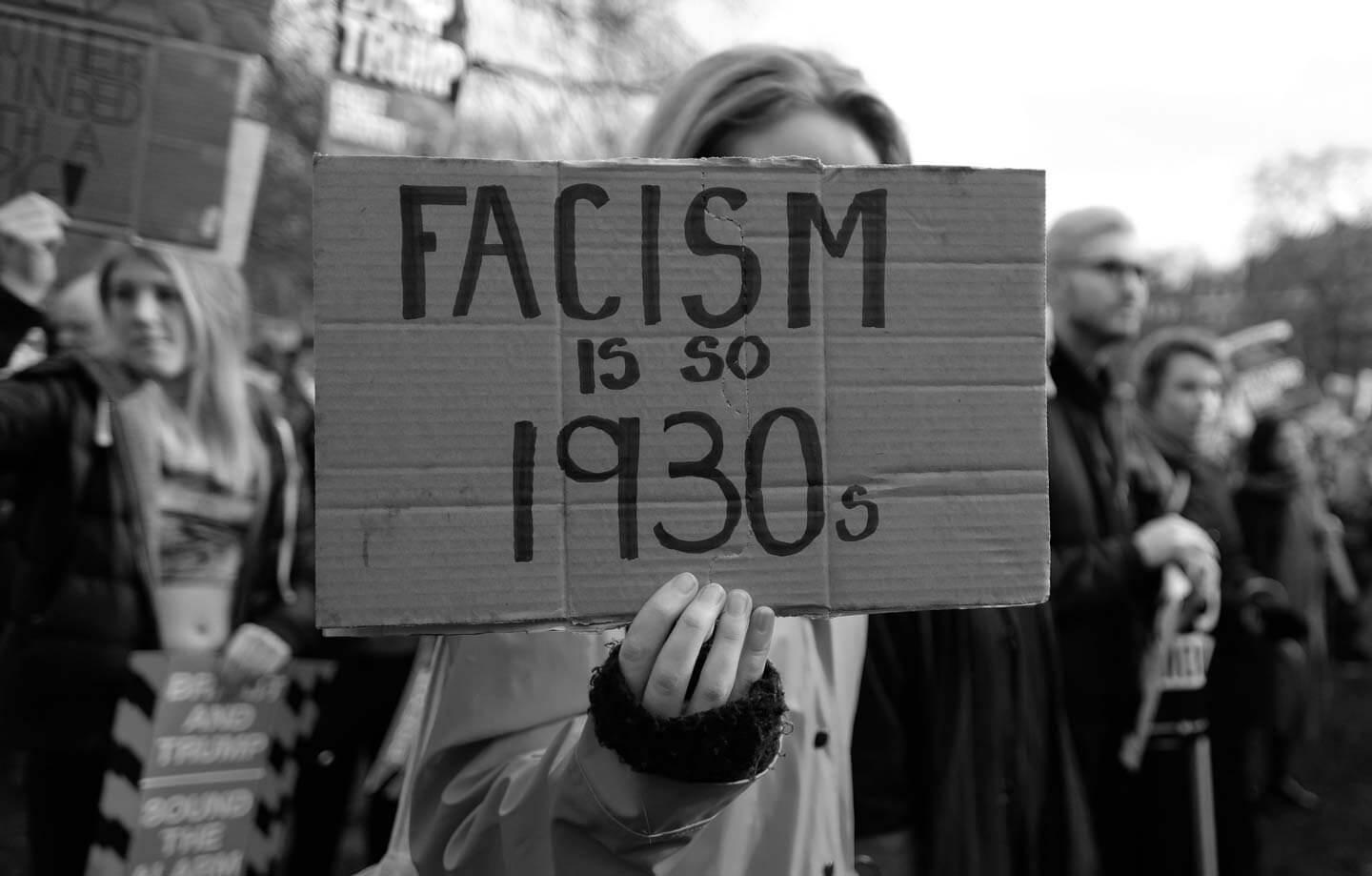 PROTOCOLS OF THE ELDERS OF ZION, SOROS, THE FEDERAL RESERVE, AND YOU

I can thank Donald Trump for one thing and one thing only: he got me to read things I never would have read before. As my anxiety about his rhetoric kept increasing, Jason Stanley’s book On How Fascism Works: The Politics of Us and Them convinced me my fear of a fascist government takeover was not so far-fetched under the right conditions, so I had better pay even more close attention to politics and remain actively involved in what has come to be collectively called “the Resistance.” I was struck by a feeling after reading Stanley’s book that I better learn everything I can about the topic of how hateful conspiracies are spread, since they are one of the main tools used to frighten people, brainwash them, and lead them into passive surrender.

Under this administration, conspiracy theories no longer reside just on the fringe. For example, last summer, one could hear right-wing nationalists, including the president and leaders of Congress like Senator Chuck Grassley, saying George Soros was paying the migrant caravan to come to the US border, that George Soros was paying the #MeToo movement protesters to splay out in the halls of Congress, and that George Soros was attempting to subvert democratic institutions in Hungary (leading to the Hungarian government passing a law specifically called the Stop Soros laws around making it illegal to shelter migrants). Breitbart News blamed Soros for sitting atop a worldwide conspiracy to make the world both Communist and Socialist.

On the far right and now within mainstream Republican circles, Soros is seen as a mastermind of chaos and an embodiment of liberal frenzied thought gone wrong. This has led to death threats against him and actual bombs being sent to his home. How could people believe all this?

I dug deeper, and my reading led me to The Protocols of the Elders of Zion and to the Federal Reserve.

The Protocols of the Elders of Zion was an early-twentieth-century hoax. It was supposedly written as an instruction manual for Jews to engage in world domination. In point of fact, it was a story plagiarized from an early French work, author Maurice Joly’s 1864 book A Dialogue in Hell: Between Machiavelli and Montesquieu, a political satire in which Montesquieu makes the case for liberalism and Machiavelli makes the case for tyranny. Machiavelli’s arguments for tyranny were transformed into The Protocols of the Elders of Zion.

According to the Protocols, Jews are at the center of a global conspiracy that dominates the most-respected mainstream media outlets and the global economic systems. In October 1919, The Philadelphia Public Ledger published excerpts of the Protocols as the “Red Bible,” recasting the document as a Bolshevik manifesto. Henry Ford printed 500,000 copies and along with a series of articles called “The International Few: The World’s Foremost Problem” that appeared in his newspaper, The Dearborn Independent. The articles were collected into a multivolume book that sold millions of copies throughout the world in the 1920s, including in the United States. Ford said, “the only statement I care to make about the Protocols is that they fit in with what is going on. They are sixteen years old, and they have fitted the world situation up to this time.” Much of Hitler’s 1922 Mein Kampf was based on the American Ford’s anti-Jewish propaganda.

This is not ancient history. The Protocols are still being promulgated and disseminated on the far right and throughout the Nation of Islam, where longtime leader Minister Louis Farrakhan, a firm believer in Jewish conspiracies, quotes extensively from them. According to Farrakhan, “The Rothschilds financed both sides of all the European wars. They always wanted to get their hands on the central bank of America. And they finally did in 1913, when Congress passed into law the Federal Reserve Act.”

Here is where the Protocols of Zion and the Federal Reserve begin to meet today. Ignoring his tariffs, his damaging trade war with China, and his 2017 tax cut to the wealthy, which has slowed the housing market and other sectors of the US economy, Donald Trump issued the claim that the only problem in the US economy was those who controlled the federal reserve.

In 1963, Omni Publications, a distributor of The Protocols of the Elders of Zion, reprinted an attack on the Federal Reserve called The Truth about the Slump (1931) in which author A.N. Field asserted, “The money power that rules the world today is centered in the hands of individuals of a particular race and creed.” Field labeled the founding of America’s Federal Reserve as the moment “the United States was enslaved under this German-Jew engine of control.” He argued that Paul Warburg, the German Jew who wrote the Federal Reserve Act; Emanuel Goldenweiser, the Russian Jew who supervised the details of Federal Reserve Board operations through its first thirty years; and Harry Dexter White, son of Lithuanian Jews, who set up the International Monetary Fund all had world domination in mind. This old idea that the Federal Reserve is controlled by conspiring Jews is being revived and amplified by Trump’s base and being bolstered by Trump’s recent fictions about the US economy.

Fascists start various conspiracy theories that terrify people and make them feel they have to find some strong group to protect them from those who are taking the “once upon a time” great country away from its citizens. Sometimes “those people” are at our borders: rapists, thieves, and Muslims who use children as shields. Sometimes the enemy is within the country itself. Fascists encourage people not to trust the media and news reports, since it is all “fake news” and controlled by our enemies, especially Jews.

Fascists imply that there are people who are good, righteous, hardworking, and true Americans who deserve to have their country back, while the others (people of color, Jews, gays, coastal elites) should be cast asunder and have their benefits cut. Fascists preach the real victims are the white middle class that has been pushed around for too long, while other nefarious types of people have been given plum opportunities, have gamed the system, and have unfairly sucked up resources. Fascists purport that there is a plot afoot by grand villains who intend to subvert democracy and freedom. The plot in America is said to be mastered by Democrats, protest groups, immigrants, and, as in centuries past, the international Jew, who controls the world’s finances. Fascists feel justified to fight back with any means available, including restricting their rights or killing them.

The Stanley book I read details these fascist tactics, which the Republicans and Trump are using to sow hatred, fear, and envy in order to stay in power and destroy democratic principles and institutions. After reading it, I knew that, while thinking of Donald Trump as a buffoon, a narcissist, a “stupid” man, an out-of-control baby out of touch with reality might, on some level, be an accurate portrayal of his personality, it grossly underestimated and understated the threat he represents to world democracy. For a decade, people thought Hitler was a joke.

I will be happy when Trump is gone, but in the meantime, I want to know everything I can to help myself and others know what we are dealing with, so we can use not only our intellect, but also our background in the mental health field to grasp the fear that is being instilled in people. ■