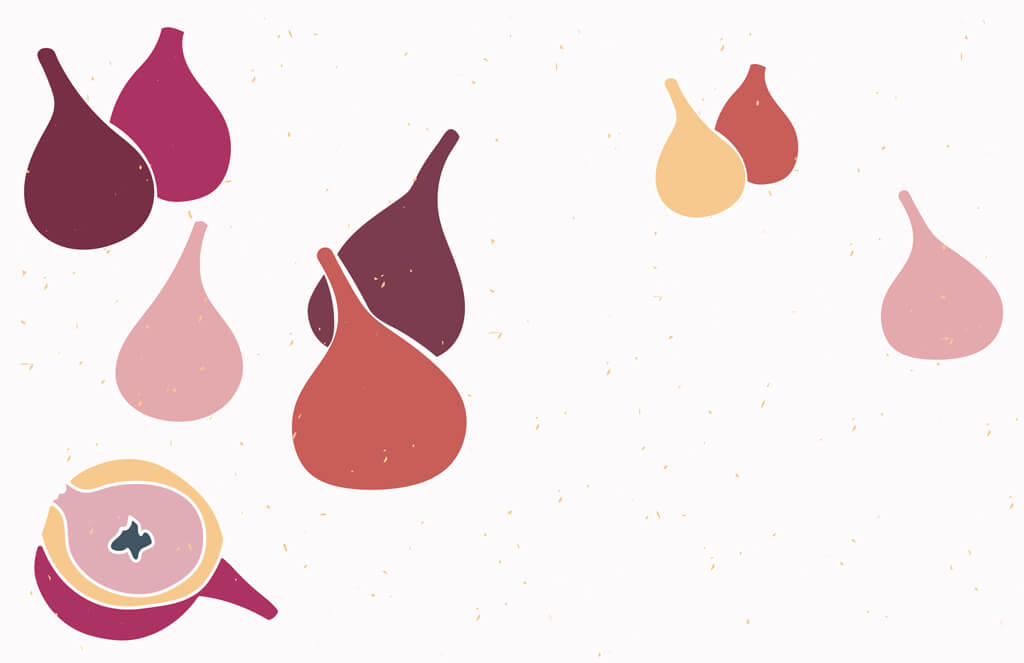 OF FRUIT AND COVID

I stood in front of the granadillas for what felt like an eternity, holding an empty plastic bag in my right hand and a shopping basket in my left. (A granadilla is a small South American fruit, with a round orange hard outer shell, and a white velvety layer in its interior, holding black seeds swimming in a gelatinous sweet pulp). The people at the store, likely rushing to get out of there as soon as possible, felt like ghosts that somehow managed to get around my inert body. My stupor probably looked like a staring contest with these fruits. Their passive silence did nothing but increase my confusion. Perhaps I was waiting in vain for them to give me some clarity, whether an answer to my shopping nightmare or something that would help me make sense of the last few days.

All I seemed able to know at that moment was that I was standing still. I could feel my feet firm on the ground yet anchored without any freedom of movement. Everything else was a blur. My experience of permanence and continuity was questionable, as my sense of temporality was warped. My subjective sense of time was not only out of sync with that of the external world, but it had also lost any remnant of linearity. Any possibility of “going on being” was compromised, and my mind was at the same time frozen and wandering aimlessly in circles.

In slow motion, questions without answers started making an appearance: How do I know which granadillas to get? How many should I buy? Today is Friday, but all the stores will be closed on Sunday because of COVID, right? Do I even want granadillas? What am I doing here? Granadillas leave trash behind and can be messy. This is all such a fucking mess. Where does my mom keep the trash bags? Should I get that too, just in case? What else should I get for when she comes back from the hospital? When is she coming back?

I broke out of my daze for an instant and looked at my watch. I realized that I had been at the grocery store for at least fifteen minutes, and all I had to show for it was a bottle of yogurt in my basket. I had been wandering on autopilot through the aisles of a store that was too crowded to be safe, probably knowing implicitly that my decision-making was impaired, and hoping that my hunger or my desire could lead the way. I looked at my shopping basket again and felt shame. Why am I so useless? Am I a child who can’t survive on his own for a couple of days? A teenager who doesn’t know how to buy groceries? What’s wrong with me? Why am I just standing here? Why do I feel so lost? Why can’t I think?

I was unable to think. I knew the prior days had been incredibly difficult, but only now did I feel slapped from within by the reality of my disjointed experience. It was not hard to see why I was feeling this way. I had abruptly left Chicago, where I live, a week earlier. I took a plane to Lima (Perú), where I grew up, after finding out that my mother had been diagnosed with COVID.

After spending a third of my life abroad, going back to Lima is always strange. It is at the same time a place I no longer recognize and one that I recognize too well, a city where I don’t fully belong, yet one that belongs to me in visceral ways. The air breathes differently as soon as I leave the airport, when I am hit by Lima’s penetrating humidity and feel surrounded by familiar languages, meanings, and cadences. Something shifts inside of me: a distinct constellation of self-states comes to the fore as I relate to this simultaneously new and old world.

This, however, was a trip like none other. What usually is a well-planned and pleasurable event had, for the first time, a sense of urgency and consequence that was hard to fully grasp. The experience of going back was unrecognizable. I felt fragmented as my mind was pulled in multiple directions, from the uncertainty about an unknown future, to the fear and anxiety that the virus introduces when it invades our most intimate spaces. In my mother’s presence, I was hypervigilant about the physical distance we kept, the risks of closeness, the amount of time together, about anything I touched and everything I breathed.

While the main anxiety in my mind was linked to her health, it was impossible to forget the grim reality of Perú’s COVID catastrophe. Perú is the country with the highest death rate (per million people) in the world. One of every two hundred people have died. As I write these lines, in April of 2021, one person dies every four minutes. The health care system, already extremely precarious, collapsed a long time ago. ICU beds were scarce to begin with and quickly disappeared. Oxygen tanks were unavailable or inaccessibly overpriced. Vaccination has barely started in a process plagued by inefficiency and corruption.

None of that happened in a vacuum. The pandemic pulled the curtains from Perú’s “miraculous” economic growth, exposing its increasing inequality and injustice, part of the dissociative fantasy that financial growth on its own creates social development. While this fantasy was engendered by decades of a neoliberal model, it would be wrong to blame neoliberalism alone for this disaster. As political analyst Alberto Vergara suggests, the coronavirus crisis in my country condensates converging long-term trajectories that gave shape to contemporary Perú.

Three hundred years of colonialism shaped ways of being and relating that remained deeply rooted in a split social psyche, even after the Spaniards were long gone. Frank Wilderson reminds us that colonialism is a relationship dynamic, not something bound to a specific time and place. Our following two hundred years as an independent republic did little to change those dynamics in any meaningful way. The system remains unable and unwilling to break out of denial and dissociation.

This backdrop was present throughout my visit, contributing, even if unconsciously, to the heaviness of this experience. It was now part of a life-or-death situation that touched me personally. The day before I went to the grocery store, I took my mother to the hospital for a CT scan. I waited outside, as only patients were allowed in the COVID area. An ominous sign was placed on the street door, reading: Available COVID ICU beds: 0. As blunt as these words were, perhaps a modern rendition of Dante’s “abandon all hope,” we were privileged that this tangible manifestation of reality took the form of a corporate-looking sign outside this reputable private clinic. For many others relying on public health care, the sign was not a piece of paper but rows of sick bodies waiting for their turn outside of a collapsed hospital.

My mother came out after a few minutes to tell me that they suggested she stay in the emergency room for a few days under observation. It was shocking and relieving at the same time. I only found words to ask her what she needed me to bring: a phone charger, a couple of books, and her toothbrush. In the cab back to her apartment, a disturbing thought came to mind: Was that the last thing we said to each other? After dropping off her things at the hospital and going back to her place, I finally broke down and wept.

I went to the grocery store the day after my mother was hospitalized. My pragmatic attempt to plan for the weekend perhaps masked the need to mother myself, to compensate for her absence and cope with the fear of losing her. (I did not know at the time that she would be discharged a few days later, leaving the virus behind and starting a slow but steady recovery.) My legs were moving, but I was numb by the time I stopped in front of the granadillas. I have wondered why this happened then and there, but I don’t have a final answer. I suspect that I felt overwhelmed by the weight of this whole experience, to the point of becoming unable to think, when I found myself across the aisle from fruits that, for the last fifteen years of my life, I have only seen in my mother’s kitchen. Right then, there was no escape.

I could not make up my mind about the granadillas, so I decided to leave the store without any. I came to terms with my momentary lapse into madness and walked away. What seemed like an easy enough mission felt like an impossible labor, but one I understood I didn’t need to complete that day. If I was going to walk aimlessly, I would rather do it under the heaviness of the summer sun. ■