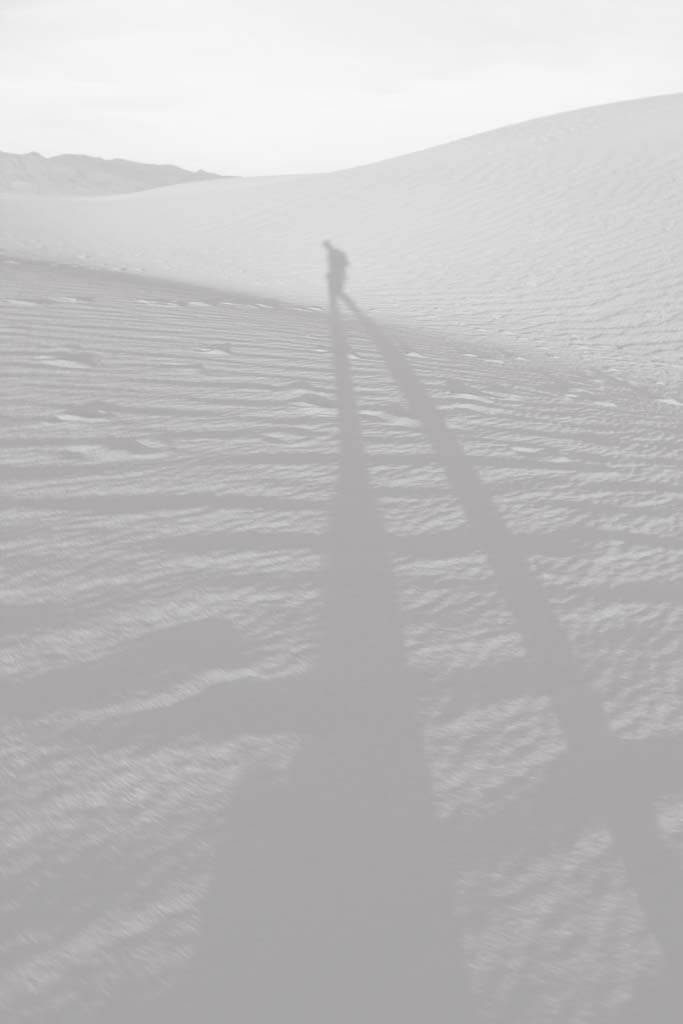 My Eyes Are Still Brown

I look up from the dinner table and find my grandfather’s gray eyes. I wonder if they have always served as colorless emblems of his passivity. My grandfather is visiting, which means we are having fish for dinner…again. I am growing frustrated by the monotony. I ask if he ever grows tired of seafood. He laughs nervously in a way that somehow induces a sense of guilt within me. He begins to speak slowly. He struggles to find words. His narration begins to intertwine our consumption of fish with the many transpositions of the map of Palestine. It starts to make sense.

He recalls a past in which his father, who was infamous for his insatiable appetite, would gluttonously finish all the available seafood in a restaurant in one sitting. My grandfather seems both embarrassed by and proud of this retelling. I wonder if the colorlessness in his eyes is the outcome of this persistent state of mixed emotions. He is conflicted by identifying with a father whom he both loved and resented. As he is speaking, he pauses with more frequency than usual, as if he is reflecting on what his legacy will be. After a particularly long pause, he begins to speak with more vigor. He begins to lament the quality of market fish in Palestine ever since Israel seized control of all borders. Now more animated, he mourns his painfully disrupted romance with the Mediterranean at the hands of the Occupation. He relays his feelings of frustration with being de facto landlocked. He tells me that eating fish with me is a temporary escape from that reality. In this moment, I see a tinge of blue, of life, in his eyes, as if they are capturing the moment in which the waves of the Mediterranean Sea begin to crash…

Crash… C-section. The monitors are ringing, and by the looks on the faces of the doctor and nurses, things are not going as anticipated. The fluorescent lights are blinding, somehow both amplifying and drowning out the confusion. My mother has been in labor for nearly one day. How inconsiderate, she must think, for the baby to come early but then refuse to leave. My mother’s heartbeat is racing; mine is doing the opposite; we’ve never really seen eye to eye. Now, however, my mother and the obstetrician are in disagreement. She’s trying to piece together what he’s saying: “fetal decelerations…nuchal cord…crash C-section.”

Three weeks earlier, my mother had boarded a plane and crossed the Atlantic to safely deliver me, her first son and child. My father was to follow her shortly after; however, given work and visa complications, he was left trapped thousands of miles away, separated again by borders and an ocean.

I am swimming in my own private ocean, tethered to my mother via an umbilical cord. Water betrays us again, and somehow the cord is wrapped around my neck. My heart rate begins to fall. This, of course, means that my mother must have her abdominal muscles ripped open to save her precious first son. The obstetrician’s words are becoming louder and more rapid: “We need to perform
a C-section emergently.”

My mother, who has never been one to acquiesce to the demands of any man, refuses. She crossed an ocean alone for this moment, and no man—physician or a fetus—is going to dictate the terms. She wants to deliver thec hild “naturally.”

“Your baby is going to die,” the physician says slowly but angrily.

“No, he won’t,” my mother says with a confidence and optimism that could have only been born out the experience of being occupied and displaced twice, but somehow still committing to a belief in a better future.

The physician is becoming increasingly frustrated and, now, nervous. Fearing a negative outcome, the physician presents my mother with a waiver stating she is declining the C-section. My mother apprehensively, yet confidently, signs it. This is my signal. Amid the screams of my mother, my head decides to finally make an appearance. I am welcomed into the world with a blue body and noose around my neck. My mother declares her victory over “modern” medicine. Within minutes, she is holding me in her arms, and our brown eyes meet for the first time.

Thirty years later, I am on the phone with my mother, advising her to be vaccinated against the flu during a pandemic. It’s all coming full circle. The first man I ever met was a physician telling my mother what she should do with her body, and here I am now, a physician advising my mother on what she should do with her body. I’m thinking of the times I’ve demanded access to and tried to have power over my mother’s body. When I was cold, I was swaddled inside her shirt; when I was hungry, I reached for her breast; when she was pregnant with my sister, I repeatedly asked about the expansion of her stomach, often touching it. My sister occupied my home of nine months, and I wondered if she, too, would be thrust into the world violently. Would she also be betrayed by the body that slowly strangled me and spit me out after nine months of feigned hospitality. Would she, too, be exiled from a place she never wanted to leave, but no longer remembers?

I can no longer tell if I am speaking about my mother’s body or of Palestine. I only know that I am no stranger to exile. Perhaps I avoided leaving my mother’s body and nearly hung myself in the womb when I knew I would not be born in Palestine. Two and a half decades later, I finally found myself on Palestinian soil, in my homeland, my motherland. My whole life had prepared me for this moment. I had etched the family trees of my mother and father into my memory as if I had watered them myself. I marched in protests nationally. I occupied state-owned buildings and supported B.D.S. (Boycott, Divestment, Sanctions) resolutions. I repeated the stories of my grandfathers: their rendezvous on the seas, their teaching positions, their mercantile stores. I waited through the humiliation of being interrogated by Israeli soldiers with their guns pointing at my face, right between my eyes.

What a tragedy it is to be exiled from a place you never wanted to leave but never knew. Thirty years later, I am still searching for a place to call home, and I think to myself, in those moments interfacing between the womb and the world, was I fighting to live or fighting to die? I think that maybe I should have invited the soldier’s bullet into my flesh. Perhaps that would be the proper way to fill the void left by exile and its humiliation. I wonder what my grandfather would think about that. I don’t want my eyes to be gray like his. ■