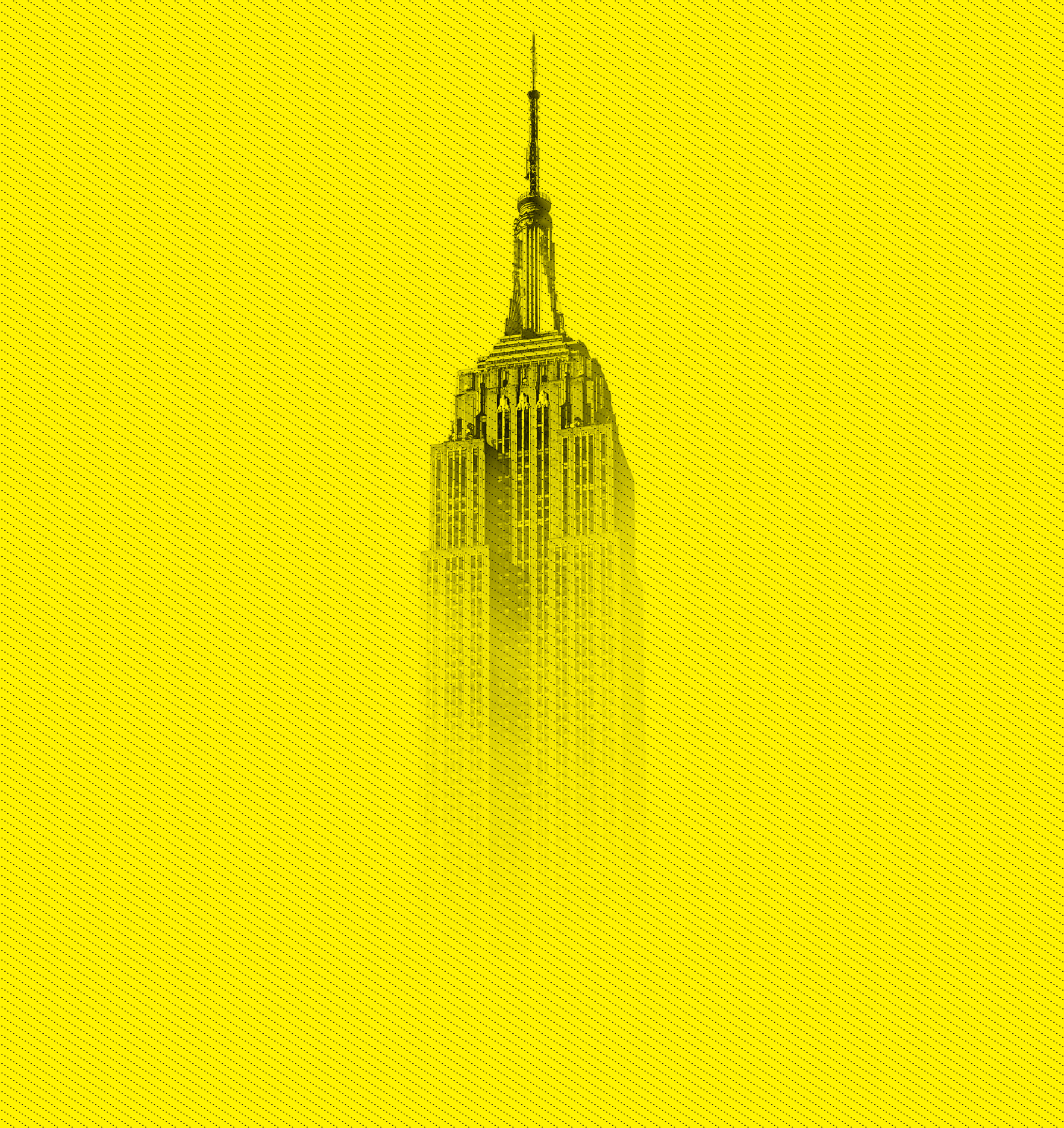 FOUND IN TRANSLATION: A KOREAN THERAPIST TRAINS IN AMERICA

For a while after I came to the U.S. in August 2016, I continued to have dreams which seemed to show that although I had physically moved to the U.S., my mind still needed time to catch up to that move. In those dreams, I missed my flight to New York because I arrived late to the airport, or I didn’t get ready to leave for the airport because I didn’t finish packing my huge luggage, or I couldn’t bypass someone who was seeking my help, which ultimately made me miss my flight to New York. It seemed as though my mind was gasping for breath while running to New York. Considering all the new and different things surrounding me, it is understandable that my mind needed more time to come to terms with the new physical settlement. The most unfamiliar and different thing that came with my move was my analysis. I started working with my analyst, whose language, race, and culture were all different from my own.

Since I started my psychoanalysis, many people have asked me, “How is it possible?” I am not sure what they mean by this question. Are they asking whether smooth verbal communication between my analyst and me is possible because my mother tongue is Korean and my analyst’s is English? Are they asking me how my analyst, who most likely does not know a lot about Korean culture, can really understand me? Or, are they asking whether our racial difference poses an obstacle to entering the unique relationship between patient and analyst? I have not gotten answers to these questions yet, at least none that would satisfy me or those asking them. Probably I need more time to truly be ready to face those questions because I have only been going to my analyst for a little over a year. However, I decided to write this piece, partly because I thought that writing about my experiences would help me organize my thoughts and feelings, and I believe that one day I will be able to look back at this documentation of my thoughts and feelings and learn from this experience. I also hoped that sharing my personal experiences with our community would give rise to fruitful conversations. Here, I will share one moment with my analyst and another moment with my patient, which started to pave the path towards answering those questions.

One night I had a dream, where my favorite lullaby, that I thought I had forgotten, came to me. The lullaby was “Oh My Darling Clementine.” In the dream, I was a little girl, staying with my mom in a cottage on the tranquil seashore. The little girl in my dream was humming the song softly to herself. I am not sure if my mom could hear me singing that lullaby in the dream or not. In Korea, we have our own version of this song, and it is well-known as a children’s song and a lullaby or cradle song, which is sung to lull a baby to sleep. The lyrics to the Korean version are different from that of the original American song. In the Korean version of the song, there is a little girl who lives alone with her old dad in a cottage at the seashore, and her dad is depicted as a fisherman, not a miner as in the original. As soon as the song paints in our imagination the scene of the little girl and her old dad living together in a cabin on the broad ocean, the chorus commences with, “Oh, my darling, Oh, my darling, Clementine, where did you go, leaving your old dad alone, forever?” which alludes to the loss of the little girl in the ocean. In the second verse the loss becomes clear by stating that, “One windy day the little girl, who had gone to the ocean to meet her dad, did not come back even after dark.” To listen the Korean version of Clementine click here

The following day, I was trying to tell my analyst about my dream, and I gradually found myself feeling more and more frustrated, and as my frustration elevated it began to give me a disturbing feeling. Even though I was able to convey the Korean lyrics of the song and we were able to share some of the underlying meanings of my dream, I couldn’t shake off the feeling that something was not enough and something was missing. My frustration was getting so deep that it even led to desolation and sadness.

My first thought about these feelings was that they might come from my poor English. I thought I became frustrated, desolate, and sad because of my English. In fact, blaming my English and subsequent frustration was a familiar and ugly artwork created by my merciless super-ego. Then, as the force of my super-ego subsided, I began to think that the source of my feelings might be related to a disappointment with the innate limitation of translating languages. I thought I was disappointed by the fact that English, which mediated a verbal communication between me and my analyst, couldn’t transfer the poetic air or subtle nuances expressed by the Korean song. Then, my next thought went to the following question: “What if I had worked with a Korean analyst? What if I had talked about this dream to a Korean analyst, whose language and culture were the same as mine?”

At that moment, I came up with another reason for those feelings, that was neither language nor translation weaknesses. The origin of my feelings during the session, I came to think, originated from my desire for a relationship with my analyst coupled with the fear that accompanied that relationship. I had a deep desire to share with my analyst what I had cherished for such a long time, but at the same time, I was afraid that this wish would not be fulfilled. Besides that, I felt ambivalent: on the one hand, I was wanting someone with whom I could share what I had cherished, but on the one hand, I was reluctant to share my little secret bright light with anyone, for fear that contact with the outside world would make it lose its brightness. My longing, fear, and ambivalence seemed to evolve into sadness and desolation inside me.

Through this experience, I came to understand that differences between myself and my analyst were not so much a barrier that blocked the interaction between us, as a door guiding us to reach deeper inside myself. If I had been working with a Korean analyst and talked to him or her about my “Oh, my darling, Clementine” dream, I might have assumed that he or she would know what I wanted to share, and our work would not have shed light on these feelings. The difference between us led me to explore and reach more deeply into myself. At that moment, our differences allowed us to move beyond the limits of our assumptions, and the unknown of each other’s worlds became our greatest strength.

My experience with one of my patients offered me glimpses into another aspect of these differences. He was my first child patient, a 9-year-old biracial boy; his mother was white and his father, black. The boy had white skin and light brown “afro” hair. I remember the resonant moment when I first met him in the play therapy room. He was brought to the therapy room by the principal’s assistant because I was supposed to work with him at his school. When he was left alone with me, he appeared very shy initially, avoiding eye contact, sporadically giving a shy smile and a little twist of his head. Introducing myself to him, I told him my name, “Young Kim,” and he looked straight at me, murmuring my name to himself with curiosity in his eyes, as if he were saying, “I’ve never heard that kind of name,” or asking, “Is there that kind of name in the world?” I saw a light of wonder in his eyes, and asked him, “Does it sound strange?” With a soft voice, he said, “Yes.” “That’s probably because I’m from Korea. It is a Korean name,” I said to him. And then, when I pronounced his name, which I had never heard before—his name, I later learned, was a very unusual name, to the extent that only 0.013 percent of the population in the US have this name, he corrected my pronunciation and said, “It’s a little strange because it’s not like Alex or Fred.” “Do you mean your name is unusual?” I asked, and he said, “Yes.”

I do not know yet what he means by the unusual, and what has made him think of himself as an unusual boy. However, that moment is echoing inside me because it enabled me to see how our very different names—his unusual name and my unusual name—allowed us to build a connection, and helped this special connectedness unfold in the consulting room. The differences between myself and the little boy opened the door to a special bond between us, whereas the differences between myself and my analyst, and our experience surrounding the lullaby in my dream, gave me the window to look into myself more deeply.

When people originally asked me how it could be possible to work with an analyst and a patient whose language, culture, and race were so different from mine, I was inclined to tell them that there might be something beyond cultures in the human mind and human relationships, but I hesitated, because I didn’t want to give them a wrong and risky impression that psychoanalysis pursues one universal value. We all know how violent and brutal universalism, or the attempt to seek one universal value, whatever it is, has been in our history and the present era. Now if people were to ask me how it is possible to work with my analyst (white, American, and English-speaking) and with my patient (biracial, American, and English-speaking), I would talk to them about the place I have reached so far. I would tell them there is a difference beyond cultures, languages, and races. Beyond the difference, I do not think there exists one universal truth. Although we cannot avoid the shivering doubt and anxiety behind the difference, the differences between us open a door for deeper self-understanding and a very special connectedness. The differences between us, I would tell them, are not a loss but an enrichment. —