Lately, a dream I had twelve years ago has been coming back to me. I dreamt that my four-year-old son (he’s sixteen now) was buried neck deep in the middle of a neighborhood and surrounded by modest houses. Passersby would kick his face, but he remained silent, as if the kicks were part of life and not to be contested — as if, to survive, he needed to keep his mouth shut.

This dream has had many meanings for me. Twelve years ago, I thought my four-year-old son in the dream was me: buried in a failed marriage with nowhere to go. Of late, my son in the dream has become the Palestinian people: “You either capitulate or we will continue to beat you to the ground.” Their struggle for freedom is terrorism, children throwing rocks are arrested or killed, many young adults have no hope — if they can’t escape, they wish they could die. Parents in Gaza must do whatever they can to help their children escape the largest open-air prison on earth knowing that they may never see them again.

I spent a good portion of my adult life in the U.N. Department of Peacekeeping Operations. Over the years, I came to believe that resistance can take many forms. As a mental health professional, my role is to protect and heal, while politicians and diplomats work toward peace (one hopes). To protect and heal, I have a role to play inside and outside the consulting room. It is not enough for me to hold and contain the client’s pain. I need to do what I can to change their sociopolitical environment. But, sometimes, I ask myself: What do you do when there is no peace to keep and politicians are certainly not working to reach it? What do you do if you’re all alone? The Palestinians have been abandoned by Arab nations, none of their Arab neighbors want anything to do with them, the Palestinian authority leaves much to be desired, and the world community seems impotent. In Israel proper, a Jewish state, they are not like other citizens. In occupied Palestine, they live from minute to minute. They don’t have access to the same sources of water as the Jewish settlers, if they have water at all, they can’t drive on the same roads, and the Israeli Defense Force terrorizes them day and night. How are they to survive and make it through? I thought that perhaps the only thing I, and people like me, could do is to be a bridge that would bring Palestinians relief and support. Perhaps other Israelis and I could join hands and help both our people.

The other day, my friend Jamal Jahaleen, a Palestinian Bedouin writer and poet, shared a photo with me. It was of his family in a tent, and next to them in the same tent were Jewish children. Jamal wrote: “They know they are safe with us, but adults in their lives will teach them to hate.” I so want to hold the image of the boys in the tent in mind. I want to believe in seeing the light, no matter how dim it might be. If anyone has empathy for the Palestinians and is able to consider their plight, then we have something with which to work — in such moments, I embrace my peacemaking self and charge ahead with hope and optimism. However, there are moments when I realize that such hopes are, at best, simplistic and naïve. I hear things said that leave me wondering if this peacemaking self is nothing but an Uncle Tom, giving colonial and oppressive powers what they want at the expense of my own people.

While many in my social and professional milieu are well informed about the situation in Palestine, many others are not. Consequently, I see people dear and close to me taking actions that could only worsen my people’s predicament, by putting money in the hands of their oppressors. Increasingly, I hear statements and see actions taken that leave me feeling as if they are saying, You think we respect you and see you as an equal, but you will always be a suspected terrorist and never fully human.

In such moments, I become my son in the dream, buried in a ditch of disillusionment and disappointments, unable to move, and kicked in the face by friend and foe. 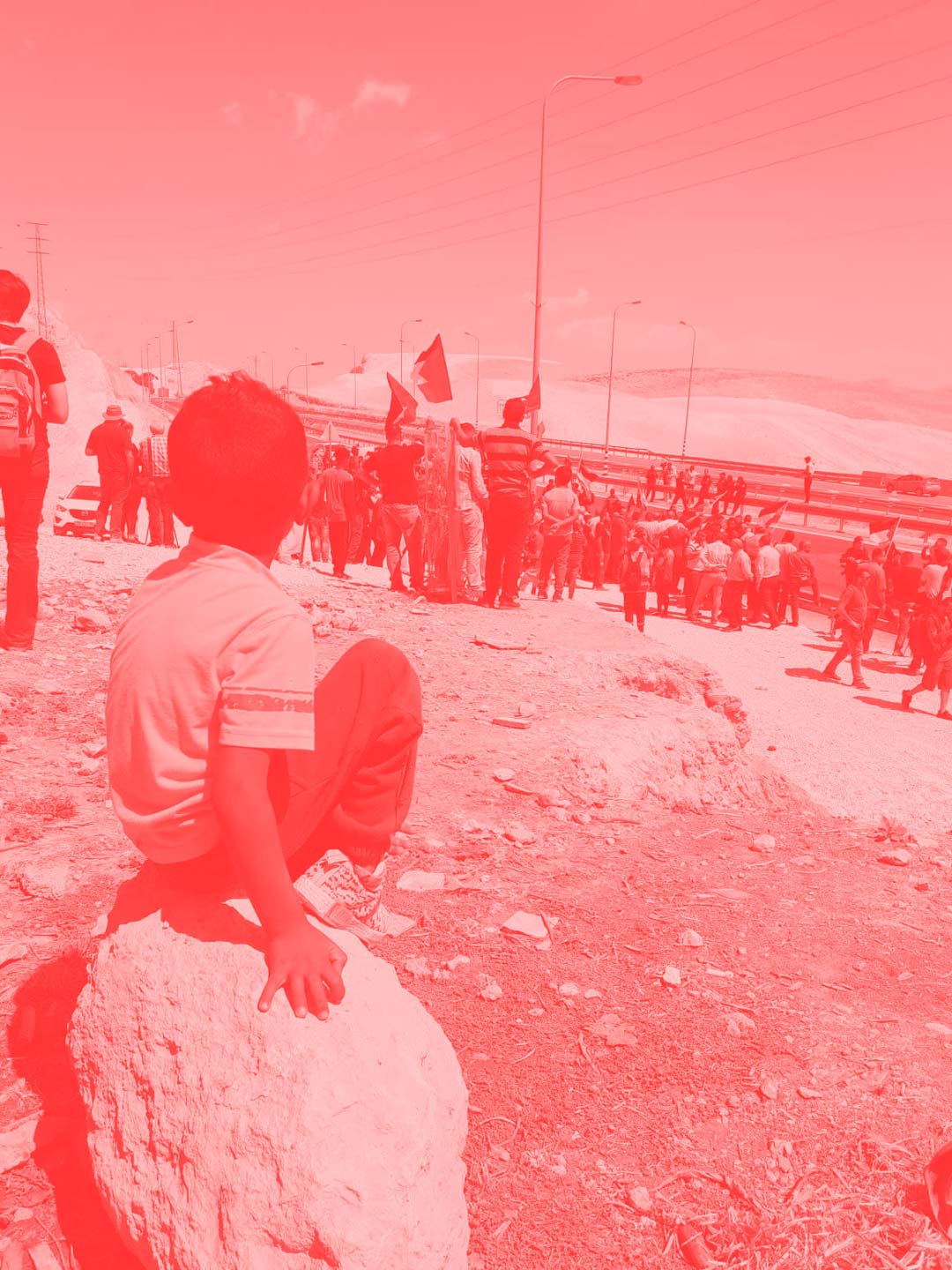 I want to end with this: We the Palestinians are formidable people. We survived seventy years of an unending catastrophe. Outside Palestine, we helped build nations, developed economies, and changed worlds. To paraphrase Noura Erekat, the Palestinian-American human rights lawyer, in Palestine itself, we continue to live and fight for freedom, although confronted daily by the most powerful army and the only nuclear power in the region that is supported by the only superpower on the planet. Things are changing. Increasingly, more individuals are recognizing the Palestinians’ mistreatment and abuse and are speaking out. I believe a critical mass of supporters of Palestine is beginning to coalesce and will eventually reach a tipping point. The trajectory of the Palestinians’ path will change.

So, perhaps my son in the dream symbolizes the Palestinians’ sumud (their steadfast perseverance). He is planted in the motherland, loyal and resolute, carrying on his people’s journey of resilience and heroism. ■