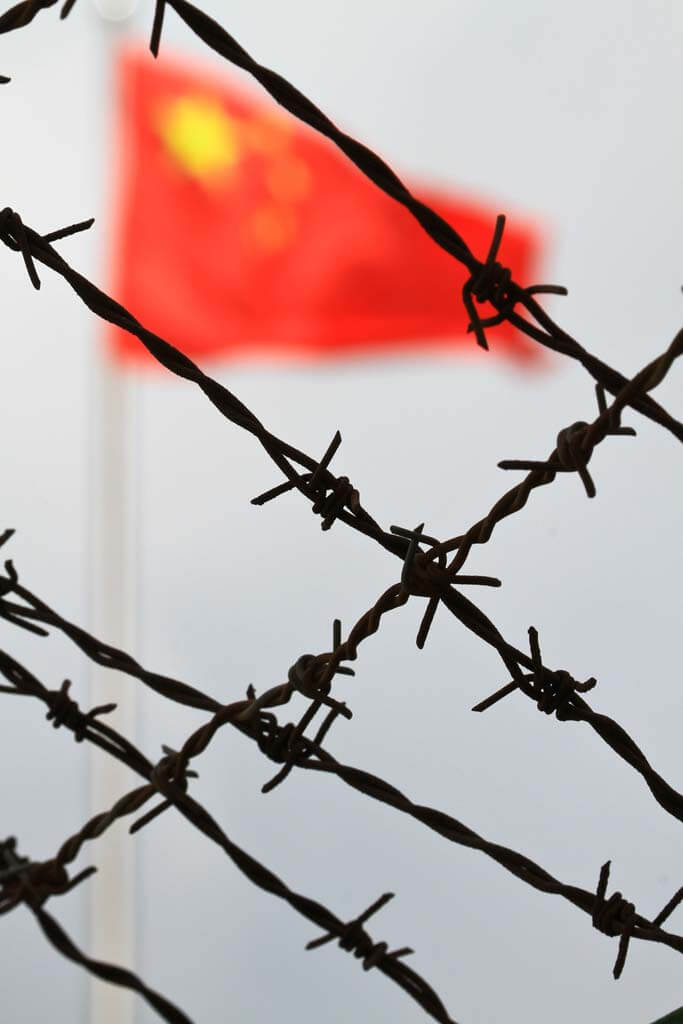 ARNOLD RICHARDS: A SPIRIT OF ACTIVISM

In the lead up to our anniversary issue, I’ve had the pleasure of talking to Arnold Richards. A recipient of the 2000 Mary S. Sigourney Award and the 2013 Hans W. Loewald Memorial Award, Dr. Richards is a leading figure in the democratization of psychoanalysis and in bringing psychoanalysis to the world at large.

You were one of the early supporters of ROOM and one of the people who recognized its significance and relevance for the analytic community form the very beginning. What was it that caught your attention?

A.R. Initially, I noticed and appreciated the graphics. I am very much into graphics. One of the first things I did when I became the editor of the Journal of American Psychoanalytic Association (JAPA) in 1994 was to redesign the cover and the graphics of the journal. All the editors after me have kept the same design. I am very proud of that.

But ROOM is an important creation. I’ve always felt that there should be a place in psychoanalysis for a discussion about things that are going on in the larger world. A typical peer-reviewed journal with scientific quotes and papers doesn’t offer that. This sort of venue is vital  for the field and needs to be nurtured and maintained.

There aren’t that many platforms for psychoanalysts to comment on other issues, “nonprofessional issues,” that are of great concern for them and are important for the profession and the larger world. That is why I think ROOM is so important. In it, the whole political approach is important. To go beyond the field—whether it has to do with art or literature or politics—is everything that makes us interesting as people. I wonder why no one thought  of it earlier? (laughs) Although I must say I had some thought about doing something like that and this has resulted in my starting the new journal the International Journal of Controversial Discussions, which will include commentaries and discussions about broader issues and topics from different standpoints—things that wouldn’t go into a psychoanalytic peer-reviewed journal.

This brings us to another topic that you are already touching upon: How do you see the role of psychoanalysis and psychoanalysts in contemporary society?

I don’t think psychoanalysts should be offering diagnostic opinions about public figures, Trump or whomever. I do not think that is appropriate. You can diagnose someone in your office. I have a big problem with discussing Trump using analytic terms like narcissistic personality disorder and with all that’s written about public figures along those lines. To me, a psychoanalyst should talk as an informed citizen, as someone who knows something about human nature, rather than someone who knows mostly about human psychopathology. We can offer our opinions about evil, rather than make assertions in terms of psychopathology, psychosis, and the like, when it comes to world affairs.

How can psychoanalysis as a field contribute to the social context that we live in? I came to psychoanalysis from the field of art, where in the mid-twentieth century there was a big debate: Why are we in a white cube? Why don’t we connect to the world? How can we become more activist and political?

Such a shift in thinking about the role of art in the world had a significant impact in the history of contemporary art. I have a feeling that something similar is happening in psychoanalysis at the moment.

Psychoanalysis is part of our zeitgeist. It is in our culture at large. Psychoanalytic ideas are part of modern and contemporary art, history, and literature. What Freud offered, and what analysts since Freud have offered, has some relevance to many, many different fields. That’s true for psychoanalysis broadly defined.

And how do you see the role of activism in all this? Is it appropriate for a psychoanalyst to be an activist as well?

I don’t think there is anything specific about mental health professionals as citizens that would keep us from doing anything we might do as activists. I marched in Washington, Arlene (Kramer Richards) was in a Martin Luther King Jr. march when we were in the south, in Petersburg, Virginia. We were at the first Fifth Avenue Vietnam Peace Parade, at the very beginning of the protests. During the civil rights movement, when I was in Petersburg, Virginia, I belonged to the Southern Christian Leadership Conference. I met Abernathy; I treated patients from Virginia Union University, which was a black college. So I was very much involved there, and I have certainly been an activist.

I think all psychoanalysts perhaps have a special obligation to become activists for causes that affect the lives of their patients. There is no way of treating a person separate from the fact that they can’t have health care or if they are in an environment that is going to kill them. So you can’t really isolate what you do in the office from what you do in the world. That doesn’t mean that people who are not psychoanalysts don’t do as much, or more, as citizens. But I would like to believe that psychoanalysts are especially concerned about civil rights, human rights, and so forth.

I think that for institutes and analysts those sorts of interests should be high up on their agenda. It certainly makes life more interesting and makes people feel more engaged and ultimately more fulfilled if they can have impact in different fields. As an analyst, you sit in your office, you see how many patients you can see, and for some people, that’s enough. But that depends on the personality of the analyst. For someone like Vamik Volkan, that’s not enough. Not everyone has that psychological propensity to be engaged in the world and want
to make a difference.

Do you think that a more interdisciplinary approach is important for the relevance of the field today?

You have also been teaching in China for many years. Could you say something about that experience?

I can say a lot. In fact, that’s one of the most important things that my wife, Arlene, and I have done. It’s one of our most important contributions to psychoanalysis. And I think this is where the future is. We first went to China in 1978. The trip was sponsored by the American Psychoanalytic Association. Of course, China was very different then than it is now. We returned eight years ago; Arlene was invited to go to Wuhan, where they have a psychotherapy hospital built by the government. People in charge of China were very concerned about the high rate of suicide of their children, and Arlene was invited to help them understand the problem. So she said, “Okay, I’ll go, but you have to invite also my husband.” (Laughs) And they said, “Okay, send his CV.” So she sent my CV, and they said, “Fine, he can come too.” So we both went. We spent a week at the Wuhan psychotherapy hospital. We each gave lectures to the staff,  and I ran a group therapy session on a closed ward. I am not a group therapist, but it was a very interesting experience. At the last session, they let me know how grateful they were and said they would like to sing a song for me. Each of them sang, and there was some rivalry, but then they told me that they wanted me to sing them a song. (Laughs) So I sang “In An Anarchist’s Garrote.” Do you know that song? I think it’s a West Virginia anarchist song. And after that, we sang “The International” together.

At the beginning, one of the things that I used to connect with people in China was telling them that my father was a Bolshevik in Trotsky’s army. Even though he deserted the army (laughs), that gave me a certain amount of cachet as having been part of the Russian revolution before Stalin.

After that visit to Wuhan, we started a China-based psychoanalytic psychotherapy program. We had three courses, and in each year, we had 220 students. We are now about to start the last year of our third course. Arlene and I have been very involved in getting people to participate. Dr. Tong runs the program brilliantly and is now a training analyst in the IPA.

Between visits, I teach online. My last course must have had between four hundred and five hundred students once a week. I also gave an online lecture, which was a kind of supervision session. I was told there were thirty-eight thousand attendees on the internet for that session. I mention the numbers to indicate the scope of interest in psychoanalysis in China. They are hungry for it. It’s been an important experience, and I think that we’ve had a major impact. They even built another hospital. The important thing is that this is all supported by the highest levels of the Communist Party, because they are concerned about their own children—that is my sense.

When we first went to China in 1978 and they learned it was it was the American Psychoanalytic Association, they put us in the best hotel in Beijing because they somehow felt that psychoanalysis was important. When I want to a case conference, they wanted to know what the latest in JAPA was. The Chinese were interested in what was in, and for them, somehow, either the concept or the word psychoanalysis was in. Of course, there is also interest in CBT, and other people push that, but psychoanalysis still has a certain amount of prestige because it’s a word that describes a climate of opinion, really, for the mental health professionals. Of course, people ask: Why does the government allow this? My own sense is that maybe, just maybe, the government feels that it’s better to protest in the office than to protest in the streets. We don’t know… but the fact is, so far, it’s being supported. Yet recently, the platform we used for online teaching was banned by the government because it was encrypted and couldn’t be listened to. So this is an issue, and we really don’t know for how long this can continue.

In 1978, it was very interesting that they saw the community was very much part of the treatment of the patient. On the other hand, they said, “We treat our patients with heart-to-heart talk and Haldol.” This was a ward for severely disturbed patients, so they would give antipsychotics. But the term for psychotherapy is “heart-to-heart talk.” Think about it. Doesn’t that say a lot? So they recognized the value of interpersonal emotional exchange. ■