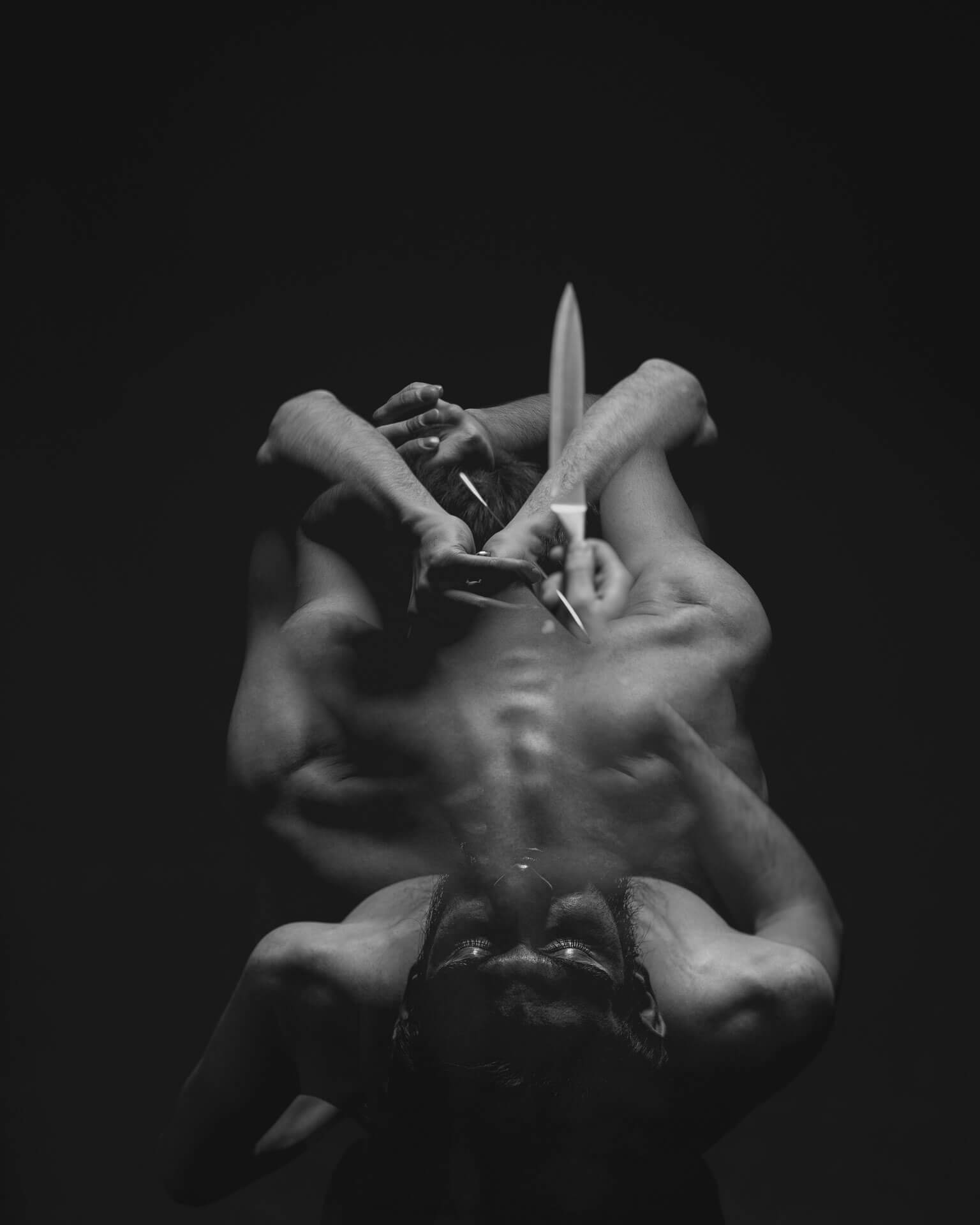 A MAN WHO HATES WOMEN

According to a November 2017 United Nations Development Program Report, Latin America has the highest rate in the world of gender-based sexual violence against women, and in Central America two of every three women killed are victims of femicide, while the Economic Commission for Latin America and the Caribbean found that on average twelve women are murdered a day across the region. The acceptance of violence against women is linked to the culture of machismo in Latin America; a recent report by Oxfam surveyed young people aged fifteen to twenty-five from eight Latin American and Caribbean countries and found that machismo is tolerated by many young people in the region, with 86% of the young people surveyed believing their friends would not intervene if a friend hit his girlfriend. This normalization of violence against women has grave consequences for women and girls.

As a psychoanalyst practicing in Mexico City, I have been thinking, writing and researching for decades about the unfathomable phenomenon of feminicide. The cultural, sociological, political, and economic complexities that have contributed to the killing of women are, I believe, intrinsically tied to the fundamental ideology of machismo.

The roots of my country’s machismo lie in the trauma of the sixteenth century Spanish conquest: the forced evangelization of the Indian population and the rape of indigenous women by the white-skinned conquerors who did not legitimize their mestizo children. An idealized female gender stereotype was patterned on the image of the Virgin of Guadalupe, the patron saint of Mexico, whose legendary apparition and cult date from that time. The Virgin of Guadalupe represents the self-sacrificial, docile, sweet, understanding woman — a Madonna who unconditionally fulfills all the male’s needs and expectations.

Two contrasting and negative female images also date from the sixteenth century. One, Malinche, an Aztec woman sold into slavery, was Cortes’s “too willing” mistress, informant, and translator. She has come to symbolize the whore, the traitor, a sexual thing who must unconditionally satisfy male sexual needs. According to Octavio Paz, she is “la Chingada,” the raped mother “forcibly opened, violated, and deceived,” an enduring symbol of female physical and emotional vulnerability: she who bears children in a cloud of shame and sin.

A second symbol of female depravity is “La Llorona,” who, according to sixteenth-century legend, was abandoned by her lover and, grief stricken, murders her children. In contrast to the Madonna of Guadalupe, these women fail to fulfill the conventional roles of wife and mother.

Carlos Fuentes wrote that “the image of the Virgin of Guadalupe saves Mexican men from the fear of being sons of a whore and instead permits them to see themselves as the sons of a pure and enshrined mother.” Other authors have suggested that macho dominance is based on deep male distrust of the weak, treacherous mother and the son’s need to undo her deficiencies by henceforth controlling and dominating  all the women in his life.

How can we, as analysts, wrap our minds and hearts around these contradictory and disturbing ideas? Perhaps I can add to the understanding of the aforementioned poets and writers by describing a seventeen-year-long analytic treatment I conducted with a man who hated women. We both felt, during this treatment, that we had gone through hell.

A single man in his thirties and the only child of an upper-class rich professional couple, my patient requested treatment because of passivity, lack of productivity, and feelings of inferiority when he compared himself to his peers. He was also unable to sustain an intimate relationship with a woman. But the central target of his frustration was his daughter, who failed to cater to him in a way that would parallel how he catered to his sexually invasive mother.

Through her seduction, manipulation, and stimulation of the patient’s omnipotence, his mother had incited the feeling in him that she had no other in the world but him. She complained bitterly about her macho husband, the patient’s father, and her in-laws too, and if the patient did not agree with her, he felt he was a traitor. On the other hand, he was forbidden to openly defend his mother by voicing her complaints to father. Hiding what his mother told him made him, at the same time, a traitor to his father. By talking he could be instrumental to the parents’ fantasized divorce, which he felt would constitute a catastrophe for him. At the same time, since childhood, he had fantasized that, in the event of the parents’ divorce, he would wish to stay with his father and avoid his mother’s fragility.

Initially in treatment, the patient played the victim, someone with whom I should commiserate. At other times, he played my confidante, unconditionally in agreement with me as if he were in charge of my well-being and had to protect me. He acted as if I were at risk of disintegrating. He was caught by contradictory feeling states, wishing to denounce me and fearing my revenge, while offering me slavish loyalty for which he expected to be repaid with eternal protection. He equated my punctuality with complete availability. Yet for years, he complained that I didn’t like him enough because there were no “signs of affection,” this referring to my lack of seductiveness toward him. In clarifying his demands and complaints toward me in the transference, it became possible to appreciate his unconscious invasive and incestuous proclivities toward his daughter.

He experienced our relationship like the reunion of two individuals hiding in a subterranean bunker, hidden from the perils of the outside world — a fantasy of total protection, exclusivity, and well-being. This blissful picture, he recognized over time, hid within it a picture of two mutually scared beings, panicked and fused together. Accompanying this were feelings of sterility, vulnerability, helplessness, and decay.

He experienced my interpretations as attacks. He compliantly listened to them, then undid them, forgot them, and never took them in. His intense contempt for me as a woman was covered up by the double-talk of an obedient, helpful, and seductive patient. His façade of a nice, friendly, socialized person was a mask he presented to the world. The world did not see his tantrums, rage, and hate.

As he became more conscious of his dependence on me, his fears of being at the mercy of the bad mother, feeling annulled by her devouring needs and demands and incapable of escape from her orbit were reactivated. He displaced these fears onto his female partner. Her sexual desire for him provoked a core conflict that evoked childhood and adolescent experiences with mother. He felt sexually attracted to his partner, yet angry because, according to him, she was imposing her will on and depleting him. He experienced his sexual response to her as an act of compliance and self-cancellation.

Sadomasochistic enactments, based on similar dynamics, also went on for years between the two of us in treatment. For example, due to devaluations of the peso, I had to, from time to time, negotiate an increased fee. He felt impotent in such dealings with me yet demanded that I decide on the fee unilaterally, so he could submit to it without having to think about the matter.

When, in the middle phase of treatment, I told this patient that his life was organized around hate scenarios, he agreed fully and, for the first time in his life, began to talk in detail about them. They had always been conscious but had been suppressed and hidden behind a nice guy façade. For a long time, he enacted with his dog a series of sadistic acts in which he played both the victimized dog and the sadistic aggressor. When driving, he felt death wishes toward bypassers, other drivers, but especially women. In the sexual arena, the focus of his suffering shifted from premature ejaculation to anxiety-laden fantasies of being replaced by another man. His dreams were filled with fights and killings. He enjoyed and felt excited by movies with rape scenes and gang killings.

Working through some of the trauma he had experienced in relationship with his mother yielded to his experiencing me as someone distant, indifferent, disdainful, contemptuous, superior, and dominant. He fantasized being homosexually raped — penetrated and desired — but felt afraid of his desires. His love for his father had been diminished by the father’s demeaning and ridiculing attitude. Similarly, his capacity to identify with his father was tainted by envy of father’s power, autonomy, productivity, and the patient’s own certainty that he was a loser.

It was the aforementioned envy, displaced onto me, that partly accounted for the patient’s difficulty in making my interpretations his own and using them for his benefit. He found it useless to fight, oppose, protest, or express anger toward me because, in the end, he would lose to me as he always did to his father. This reinforced his passivity and low self-esteem. Analysis of these feelings toward me allowed him to begin to perceive me as someone who was helping him escape from mother’s intrapsychic orbit and deal more effectively with reality.

All his life, he had lived with death wishes toward both parents, displaced later onto other significant objects. He fantasized his female partner dead, which he experienced as a liberating solution to all his problems. Many times he told me he had the personality of a killer of women. “What kept you from killing them in reality?” I asked. It was the fact that though his father was verbally and behaviorally very macho toward his mother, he had never mistreated her physically, he told me. So his father was the main deterrent to his violence, but not to his incestuous desires. Ultimately, he was able to verbalize a central intrapsychic dilemma that had entrapped him all his life: to be a heterosexual, he had to be a rapist, possessing his mother sadistically, or he would be the one raped by his father.

Working with a man who hates women inevitably requires the analyst’s getting in touch with and working out the hate that this kind of patient countertransferentially provokes, in order to find a way toward an empathic therapeutic focus. It requires conserving one’s own vitality and incorruptibility in the face of the patient’s seduction, inner stagnation, and chronic death wishes, both suicidal and homicidal. For his part, this patient had to own his hatred toward women. The analytic work required undoing denial, projections, and rationalizations, as well as understanding his pornographic addictions regarding the women in his life who had contributed to the fragile male identity he developed.

Not all clinicians want to work with patients such as these, and most male patients give up on therapeutic work. Why did this patient stay for such a long time? In the first phase of treatment, he found fusionary benefits that he both denied and enjoyed in his perverse attachment to me, the pre-Oedipal and Oedipal mother/analyst. I also represented an idealized, omnipotent father to whom he homosexually submitted. Though unwillingly enslaved to it, my patient got perverse satisfaction and secondary benefits from his pathology. It took years to give this up. ■